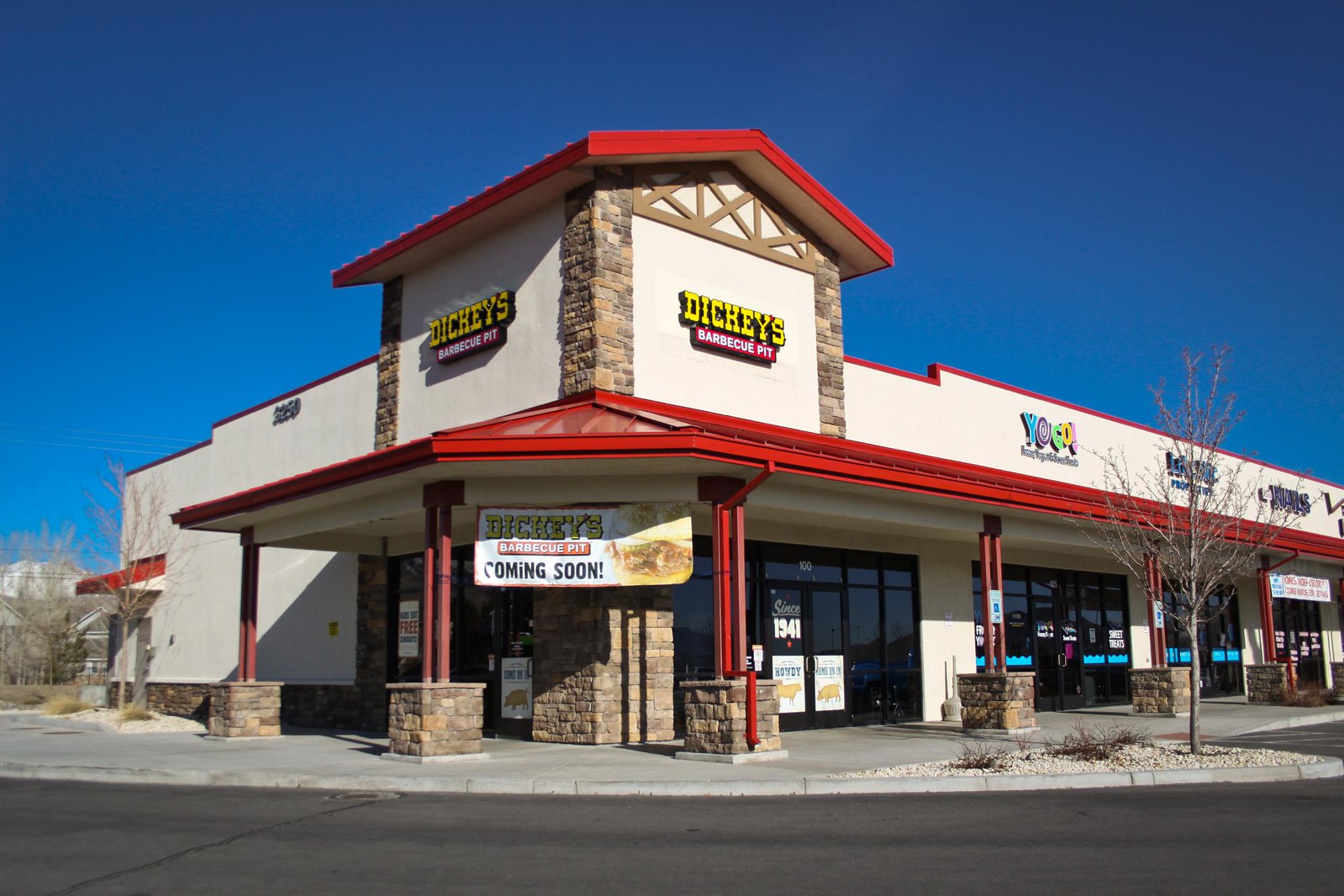 It seems like Carson City has been stagnant for a long while, without much new stuff opening. So it’s good to see something new, anything new. This week Dickey’s Barbecue Pit opened in the North Carson Crossing center, by the College Parkway Walmart. It’s moved into the corner space that previously held the K9 Dog House, and before that Mr. Pickle. That space has turned into quite a revolving door for tenants; it seems like nobody can make it work there. Maybe Dickey’s will be the one that finally does it.

Dickey’s is fast food BBQ, another in a string of “fast casual” chains that are trying to get people to realize fast food doesn’t all have to be McDonald’s and Taco Bell (see also Qdoba, Panda Express). It’s a franchise with 200 locations across the U.S., and there are already three in Reno. So it’s not as exciting as a local chef coming up with a local concept. But I’m not going to complain about somebody taking a chance on Carson City. True, it’s a chain, but it’s also a franchise, and the owner,Â Farrokh Hormazdi, is local to Northern Nevada. So that’s good enough for me. It probably won’t be an adequate replacement for Locals BBQ, but I’ll still go try it out.