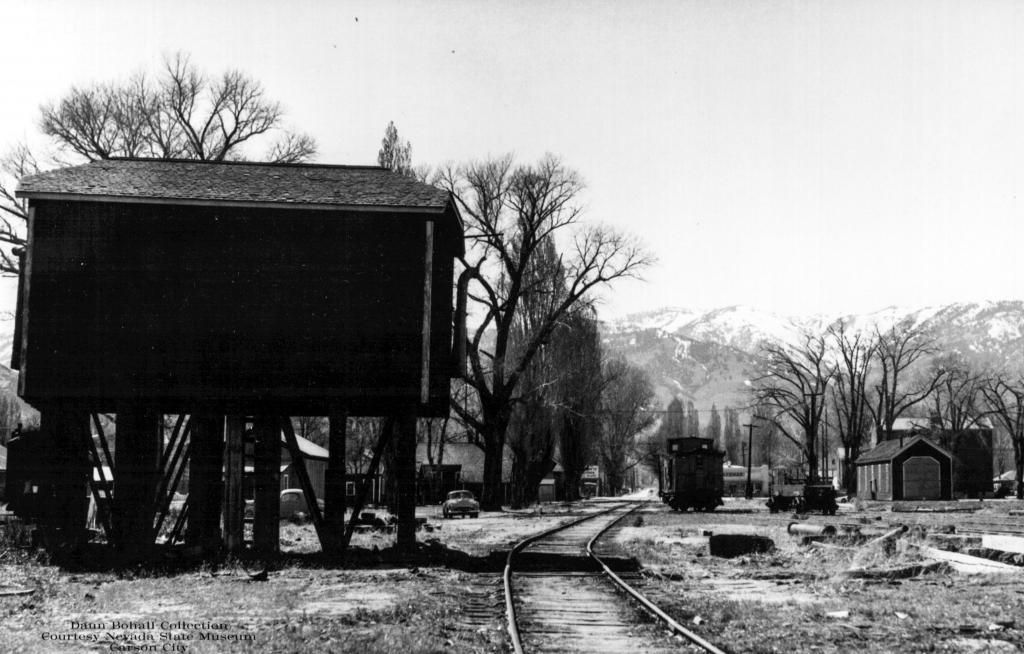 A look at the V&T Train yards in Carson City. This view looks west down the main line; the passenger depot is hidden in the trees to the left, and the rails continue down Washington Street on their way to Reno. The water tank is on the left, the car barn is on the right where motor cars like McKeen #22 were kept. V&T Caboose #24 sits on a siding but the train itself is nowhere to be seen. 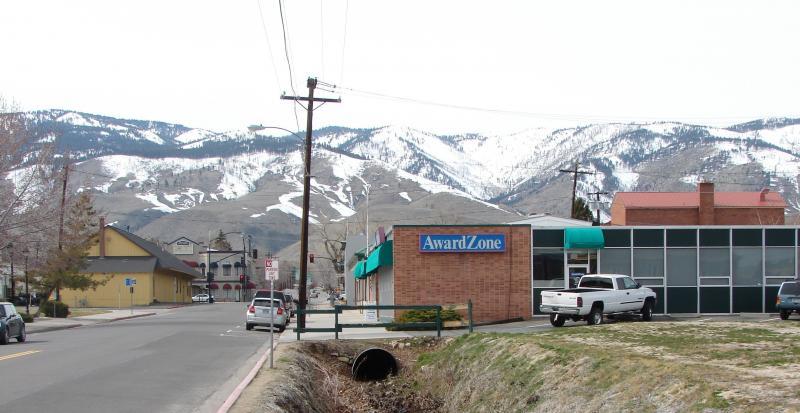 The “now” photo was taken by Dan Zampirro of Carson City, from the corner of Washington and Stewart streets. After the rails were pulled up in 1950 a few buildings were built in the old yards, and Washington and Stewart were extended along with the whole street grid. The yards disappeared, except for the old stone enginehouse which survived until 1991. There is still a scar where the enginehouse used to sit; nothing has ever been built there.