The Downtowner Motor Inn has had a rough few years. It was closed for a while to remove asbestos, they had their electricity shut off for not paying bills, they’ve been through bouts of tax evasion, foreclosure, a revolving door of new owners, along with a whole list of other problems and violations. Plus people like me calling for it to just be torn down and made into a park. Whoever owns it now must think the name is cursed, because the motel is no longer known as the Downtowner. It is now the “Back on Track Inn.” 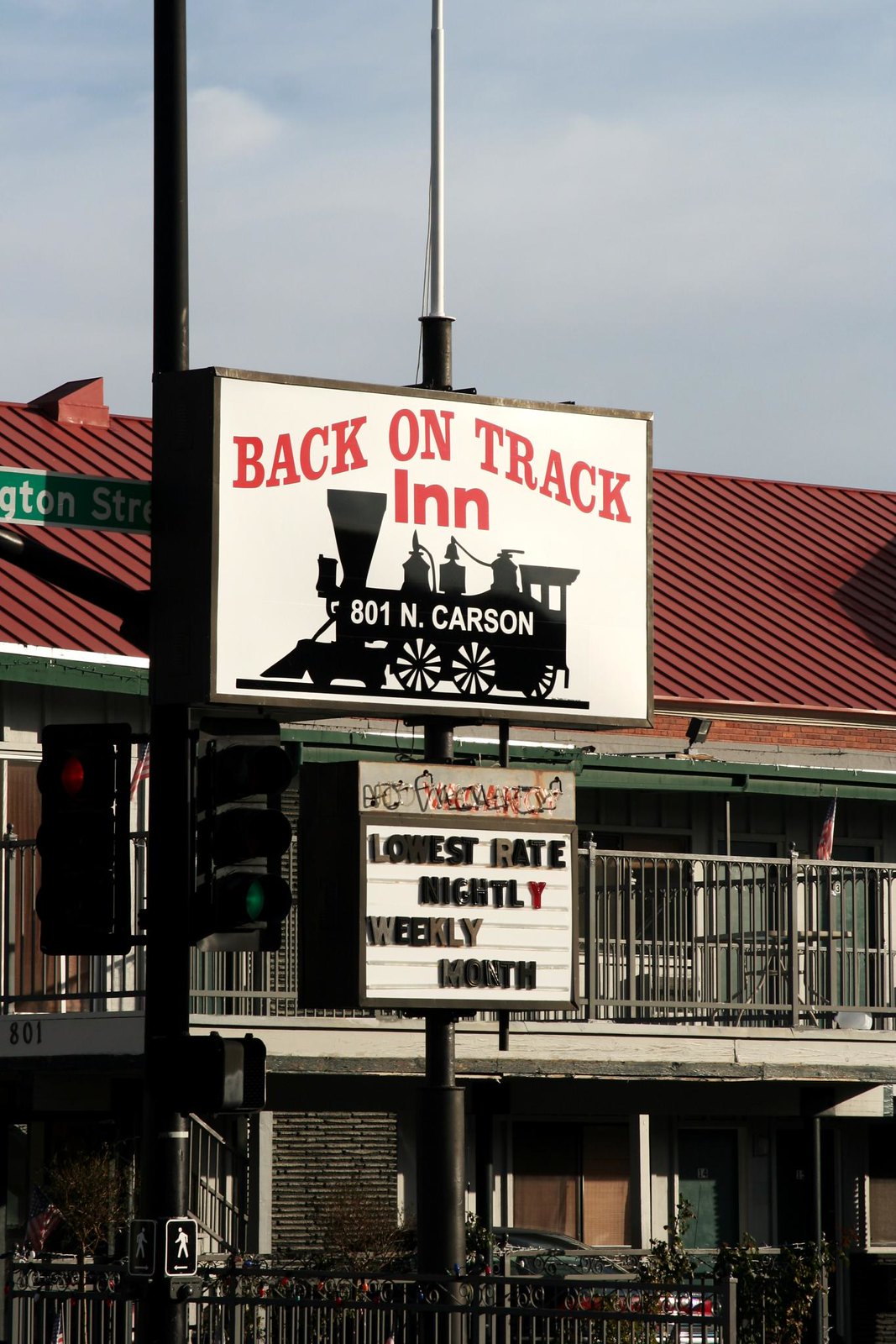 The name alludes to the V&T Railroad that used to run down Washington Street, just a few yards from the front door of the motel. And the old railroad depot which is still standing across the street. It could also refer to the fact that the owners want to fix the problems with the place and get it “back on track” to being a respectable lodging house.

But I doubt a name change is going to fix any of the problems. It’s still ugly, it’s still probably going to cater to long-term residents rather than tourists, and changing the name isn’t going to repair the reputation. If the owners really want to get back on track and gain respect, this is just the first of many long steps to take.

Update: Kirk Caraway points out in the comments an article he wrote in the Nevada Appeal from June about the name change. I guess it just took them a while to make the signs. And I remember seeing that article, but I forgot about the name change as soon as I read that the new owner wanted to paint the motel fluorescent.