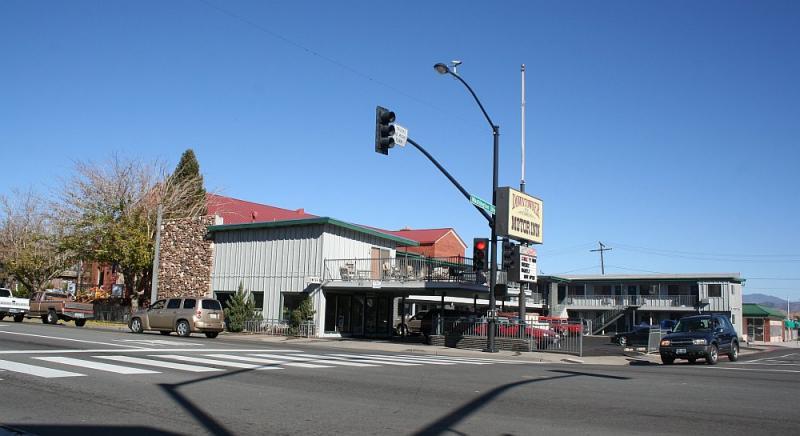 News Carson City is reporting (Nevada Appeal too) that the Downtowner Motor Inn, Public Eyesore #1, has been shuttered by the city for not paying its taxes, This is three months after new owners were supposed to take over, and a year after reopening from a two-year remodeling job to get rid of mold and asbestos. All residents are being kicked out, and the building and land will be sold at auction.

You know what this means: THIS IS OUR CHANCE. This is the best opportunity we’ve had to get this motel torn down and immediately improve the look and feel of downtown. If the city wasn’t broke (or giving money away to car dealers) they could buy it as part of the “Roundhouse District” they’re trying to get going. Or the Children’s Museum could buy it with the Hampton Inn money. It would be nice to see that place as a park or a public plaza, so the Civic Auditorium behind it would no longer be hidden. Abandon Washington Street and have the old V&T Depot be part of the park too, like in some of the blue sky plans for the future we’ve seen. But really having anything else built on that corner would be preferable to what we have now. Maybe we could take up a collection and buy it ourselves. I’ll chip in the first five bucks.