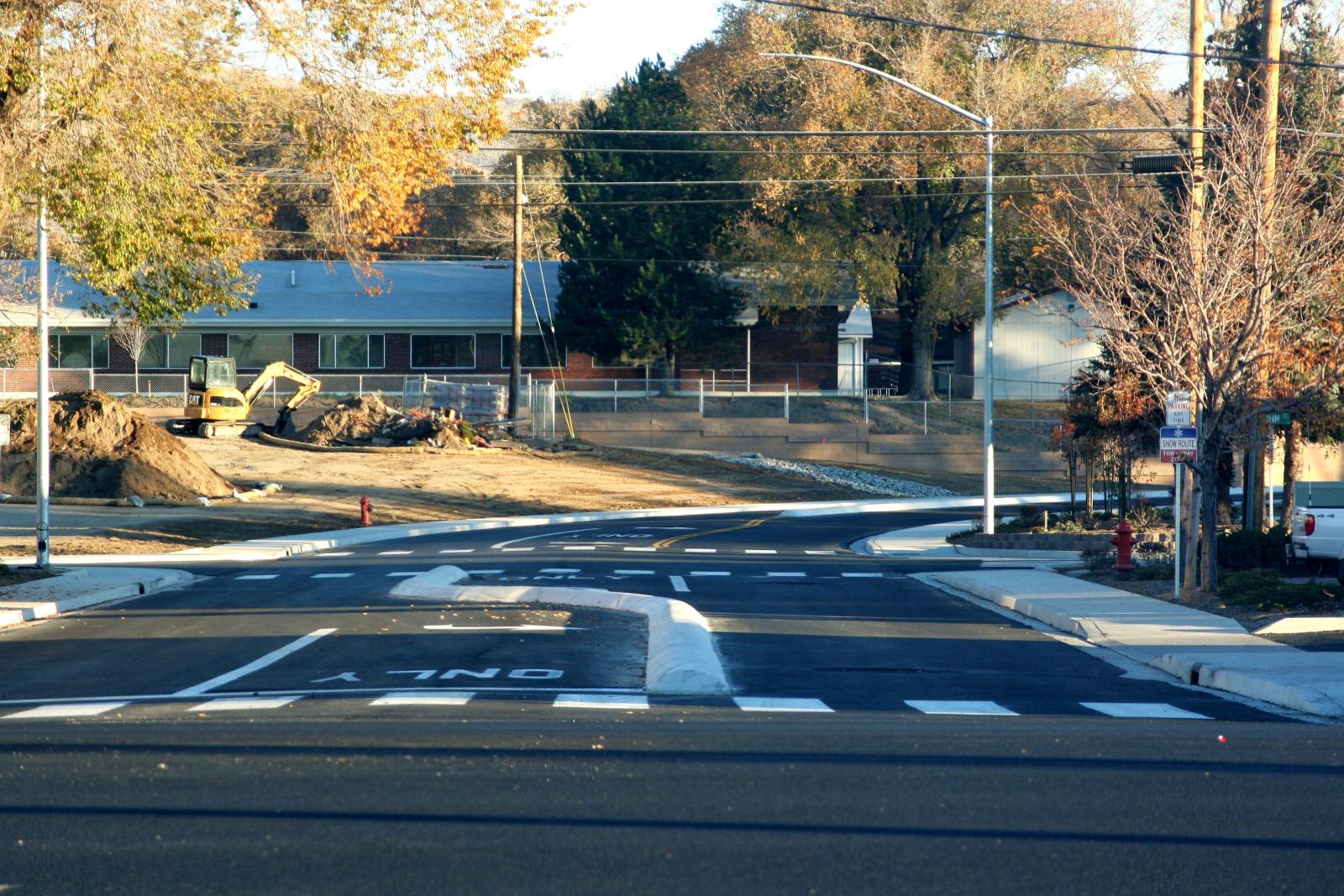 This project has been talked about for what seems like decades now, and it’s one that you never thought you’d see actually done. But now it is. Stewart Street is one of the main north-south thoroughfares through downtown, but for years it hit a dead end at Hwy 50, making it less useful than it could be. There were talks about extending it so it would keep going north from Hwy 50, but it would have to plow through a dense neighborhood. So it seemed so far off. 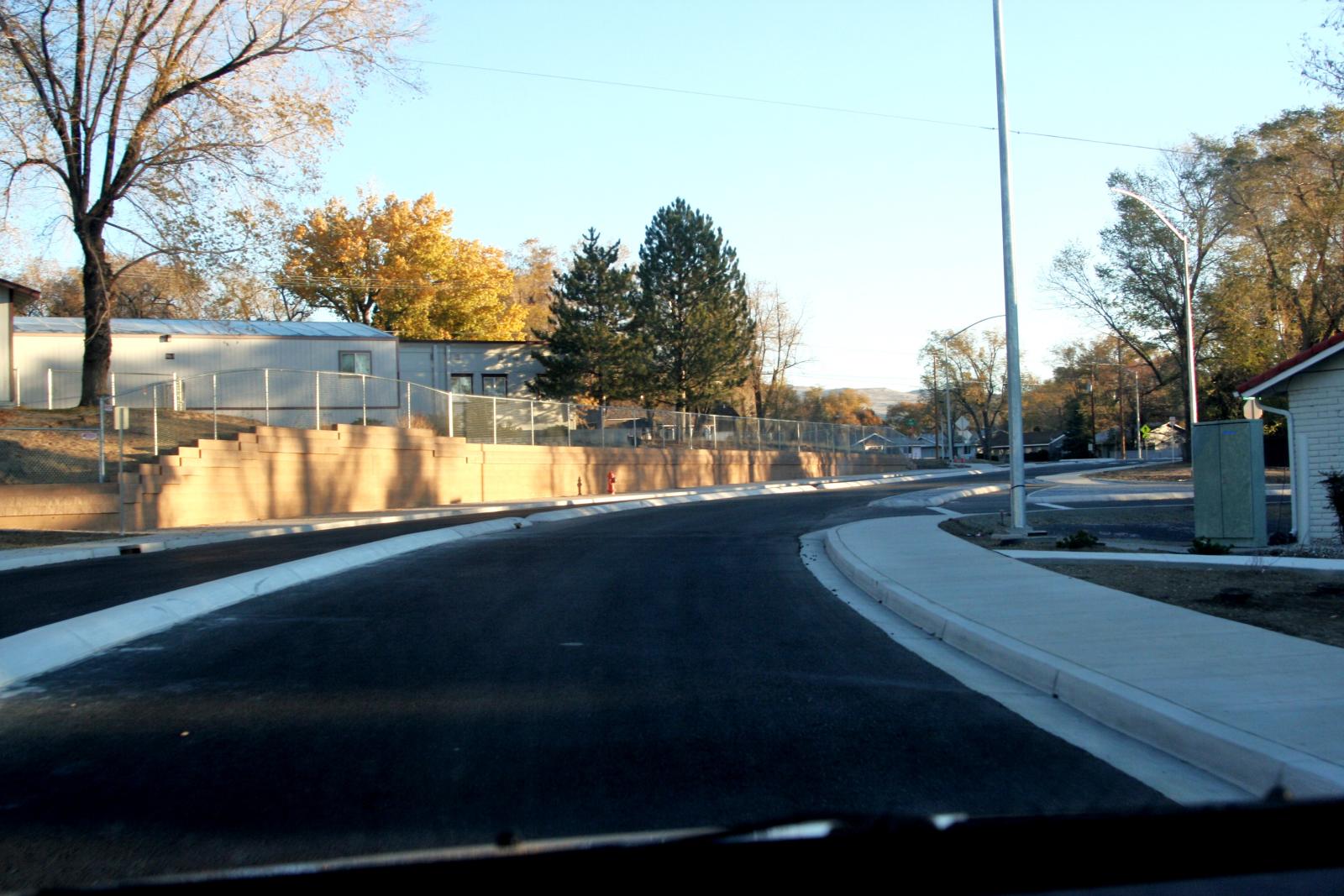 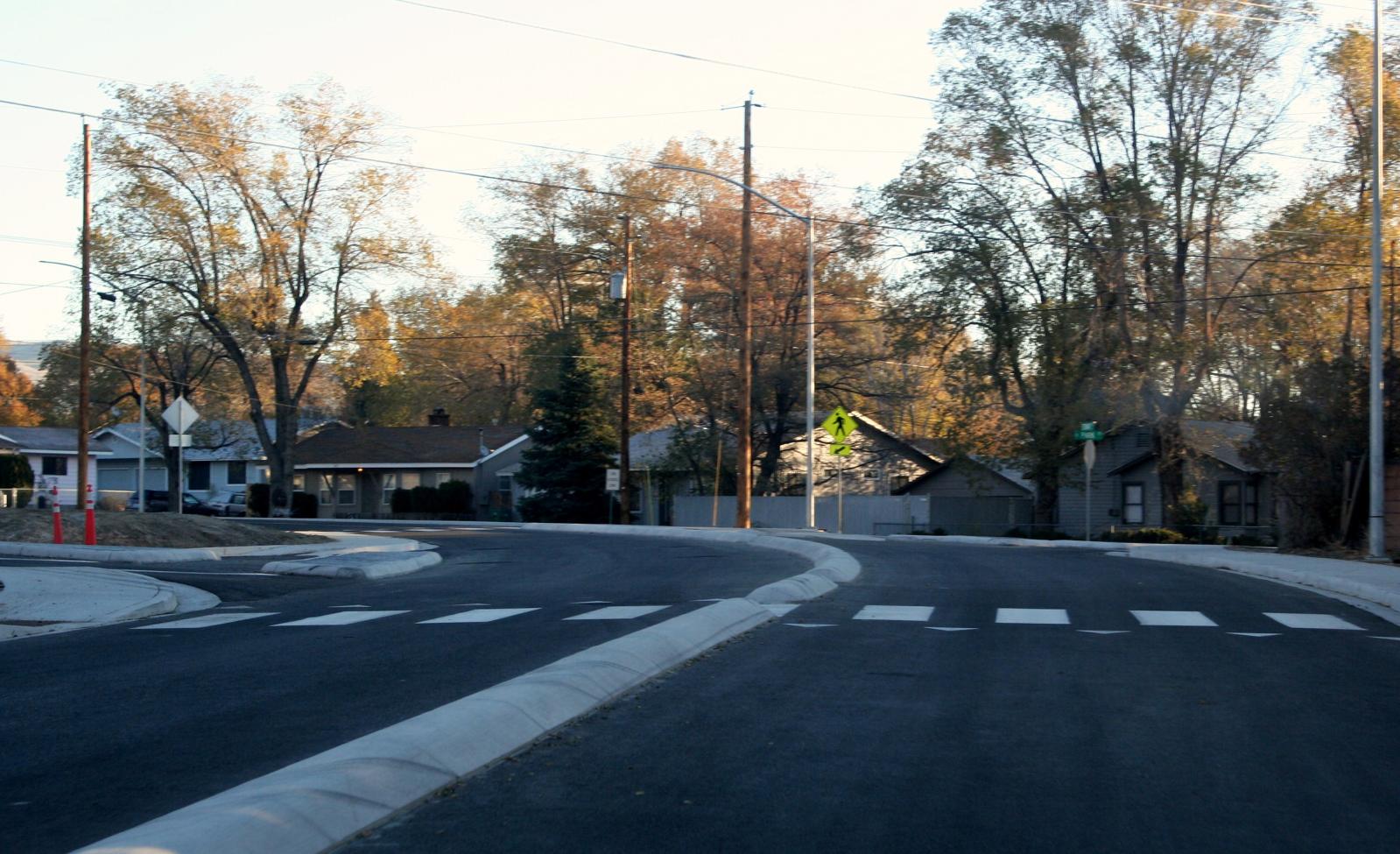 Recently they came up with a plan to plow through the neighborhood with minimal disruption, using existing streets where possible. Most of the work involved cutting a curve connecting Stewart to Moody street, and putting in a light where it meets Roop. So now you can stay on Stewart and go all the way to Roop, and find yourself out by the cemetery. 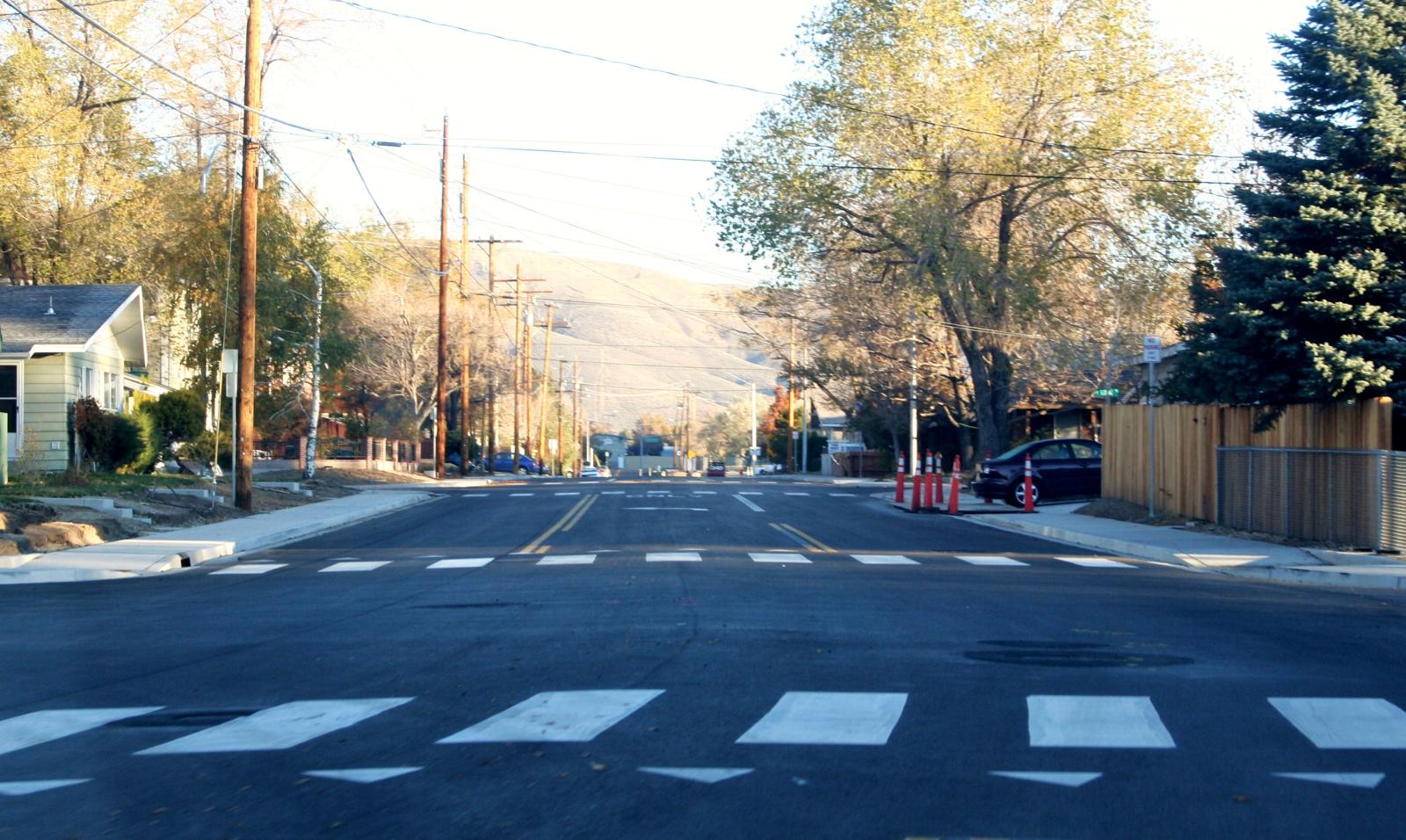 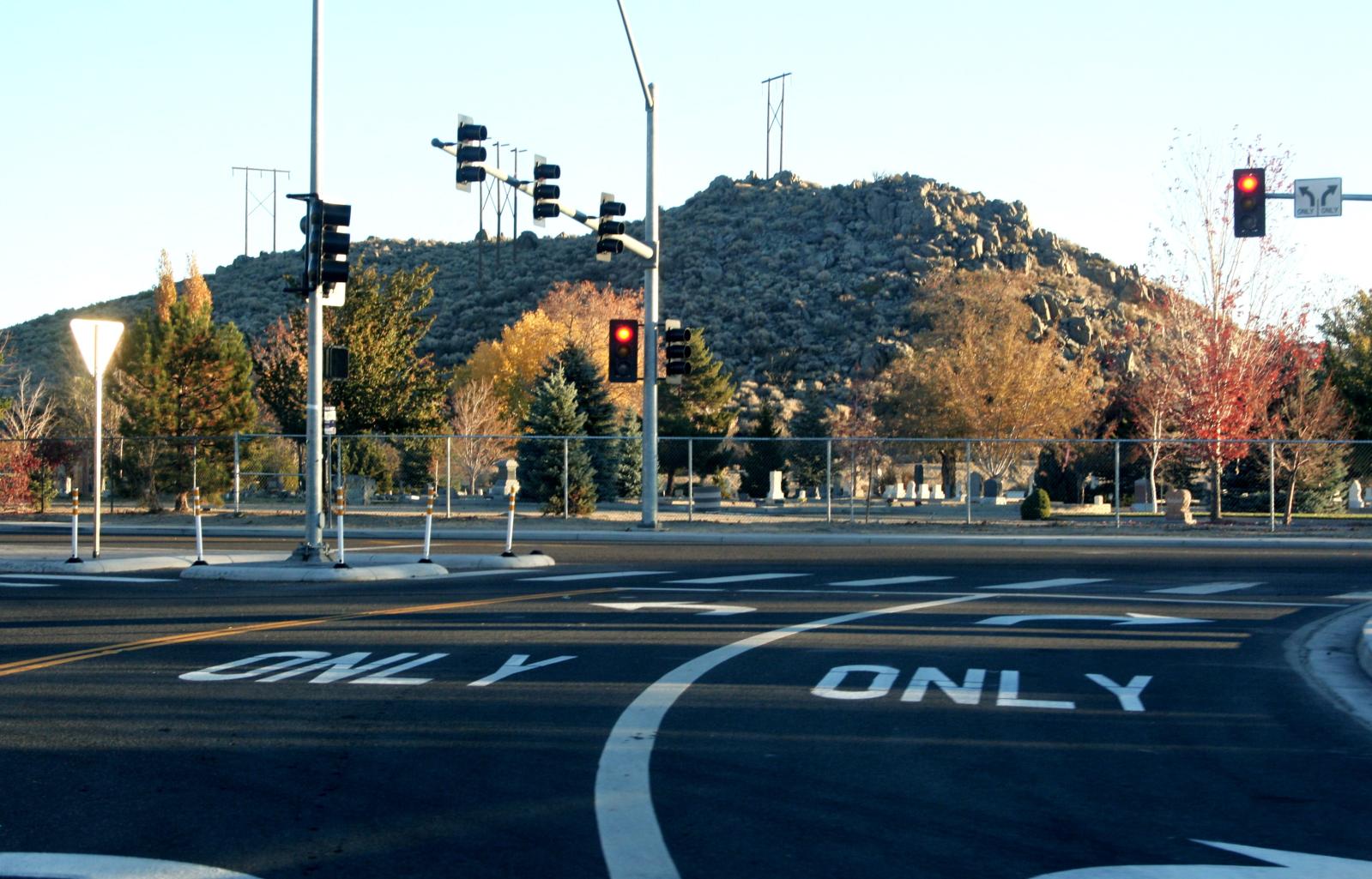 News Carson City has a video on the opening.

The opening of this new road paves the way for the Roop widening project, which is going to begin next year. Roop will be widened and reconfigured between Robinson and Beverly, extending the widening project that was begun a few years ago. The new Stewart Street will be used as a detour to route traffic around the construction. Roop will be four lanes all the way to Robinson now, up from two lanes. And Bike Carson also managed to influence the city to add bike lanes to this stretch of Roop, so that’s a big win for them.