I’ve been noticing over the last week that the leaves on a few trees are starting to turn. I guess they got the message that it’s September now, and there’s only one week officially left in summer. So it’s time to start rolling in autumn. 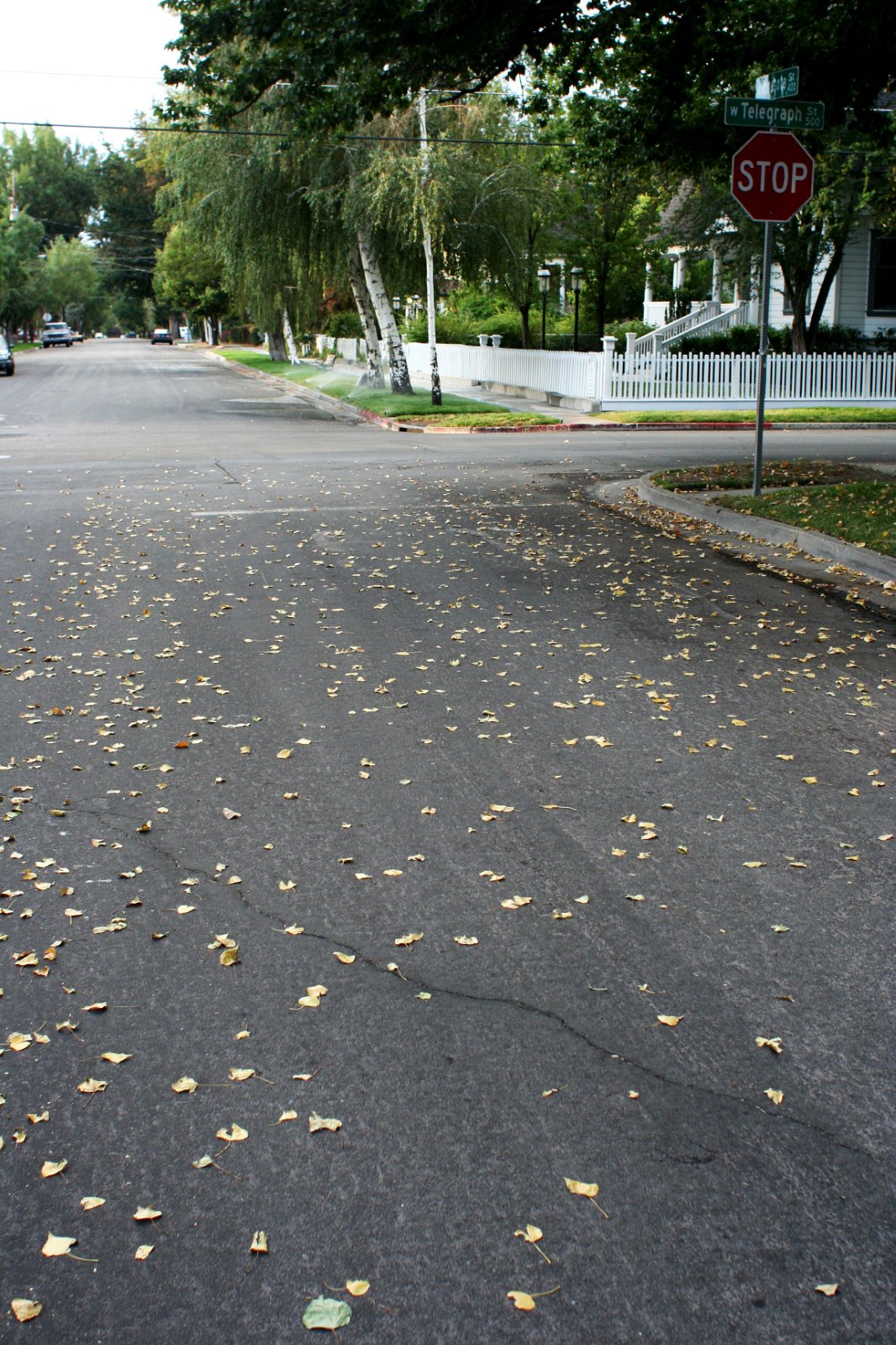 And now, driving around the west side, you can see that some of those leaves are actually falling. Even though most of the trees are still green now, the next six weeks will see nearly all the leaves turn yellow and fall, so that by the time Halloween hits we’ll be surrounded by swarms of swirling leaves. Perfect weather for trick or treating along Mountain Street.

Not that any of this means we’ll be seeing cooler temperatures anytime soon. A nice bit of moisture has rolled into the area the last couple of days, but it’ll be gone before you know it and we’ll be back up to the 90s. I’d say we have another full month of hot temperatures to look forward to, just like every year. One year it was 85 degrees during the Ghost walk! That’s just not right.