I know it’s the oldest joke running, to say that the weather reports are always wrong. “Why’d you bring an umbrella today Bill?” Because the weatherman said it would be sunny! Har har har!”

But sometimes they’re just so wrong it has to be mentioned. Come on, this report was from less than 24 hours ago:

A wind and snow storm is expected to leave as much as two inches of snow in the valley and as much at six inches in the mountains, said National Weather Service Meteorologist Chris Jordan in Reno.

Jordan said the first part of today’s storm will drop significant precipitation in the early morning hours, but intermittent snows showers are expected throughout the day.

Let’s look outside, shall we? 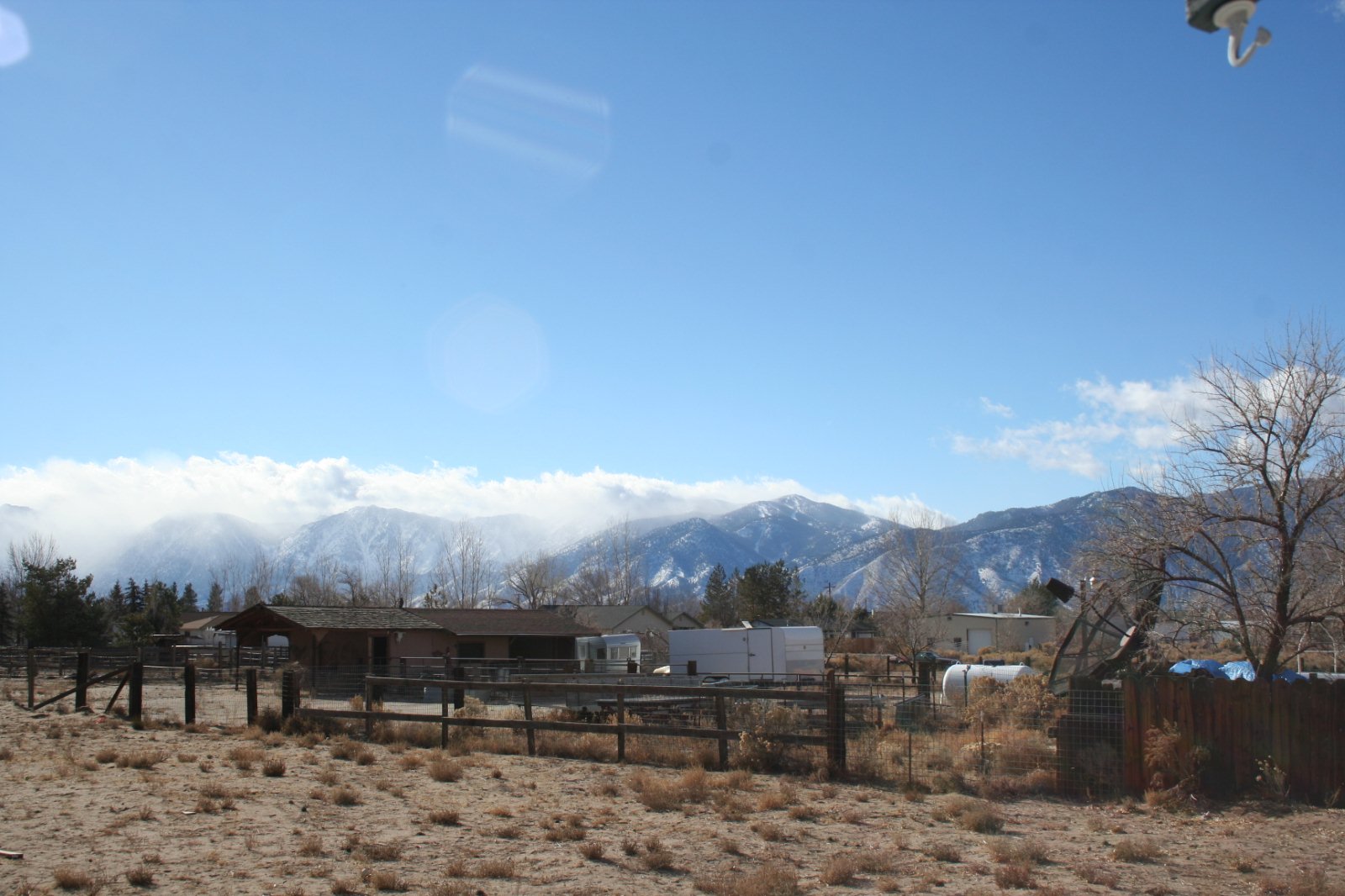 I know it’s all necromancy and educated guessing, but why do they keep telling us we have a “big storm” coming when they always fizzle out to nothing?