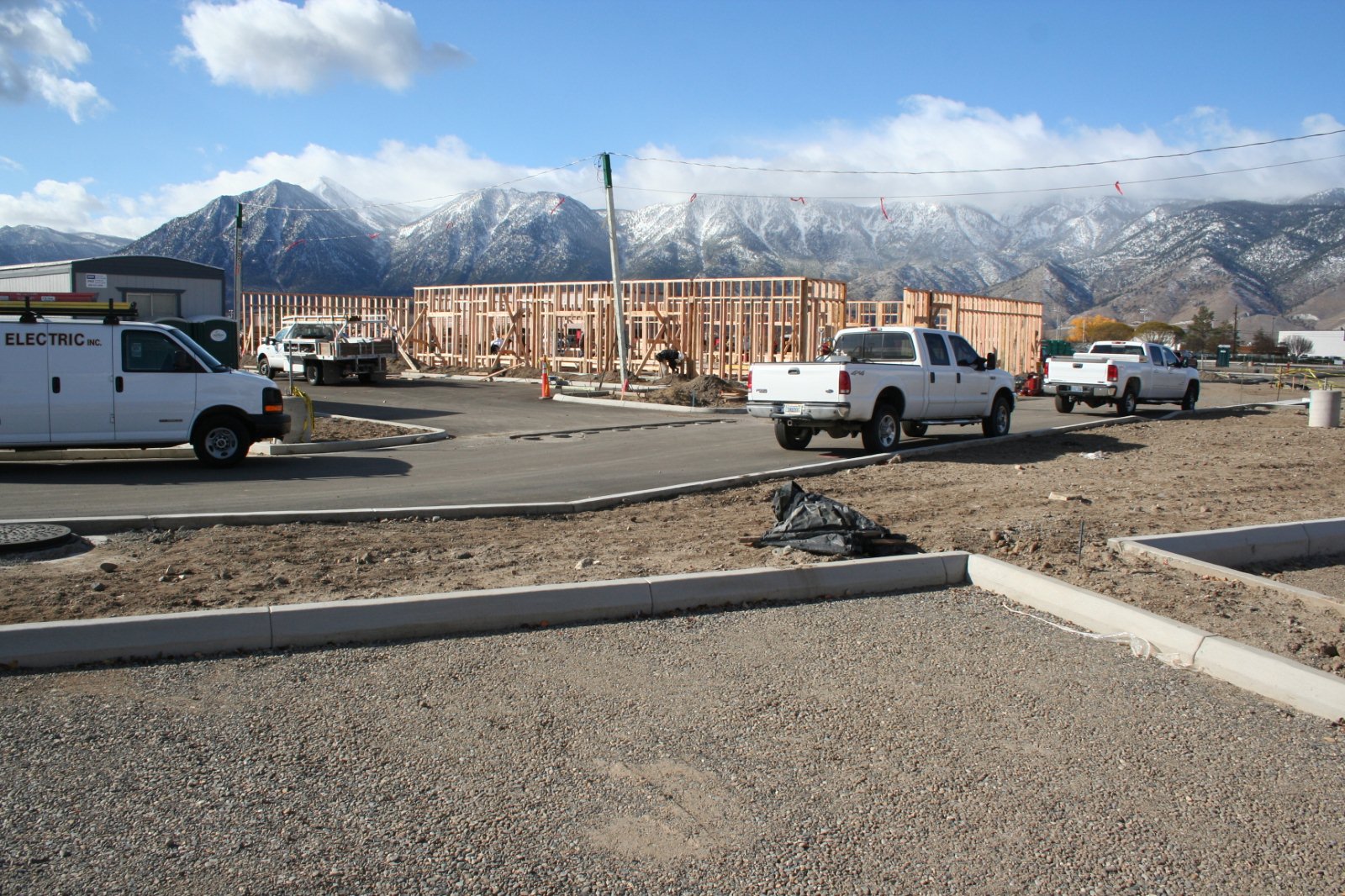 Big things are happening in Minden. After something like two years of work on the site, they’re finally going vertical at the Minden Gateway Center. This week the first walls were raised on the first of what is supposed to be nine or ten buildings in the center. I don’t know if they’re going to keep working through the winter, but it seems unlikely that they’d stop for two months now that they’ve started. 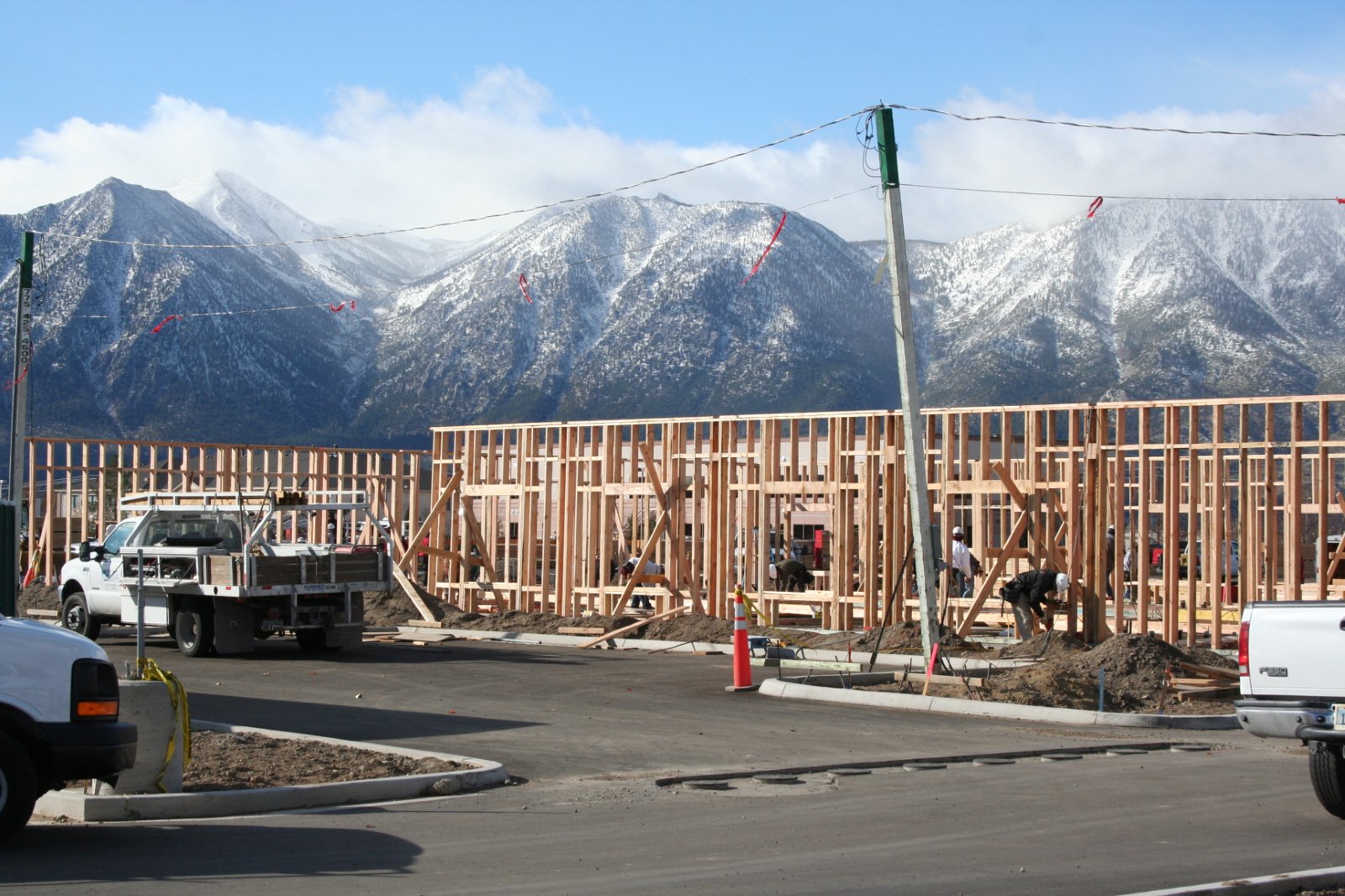 I’m trying to figure out exactly which structure this is. It’s at the east side of the property, and matching it up with the maps of the site makes it look like this will be the hotel. But doesn’t it look too small to be a hotel? Maybe it’s the perspective, or maybe because they just started framing. But this doesn’t look as big as the hotel is supposed to be. So we’ll have to keep an eye on it. 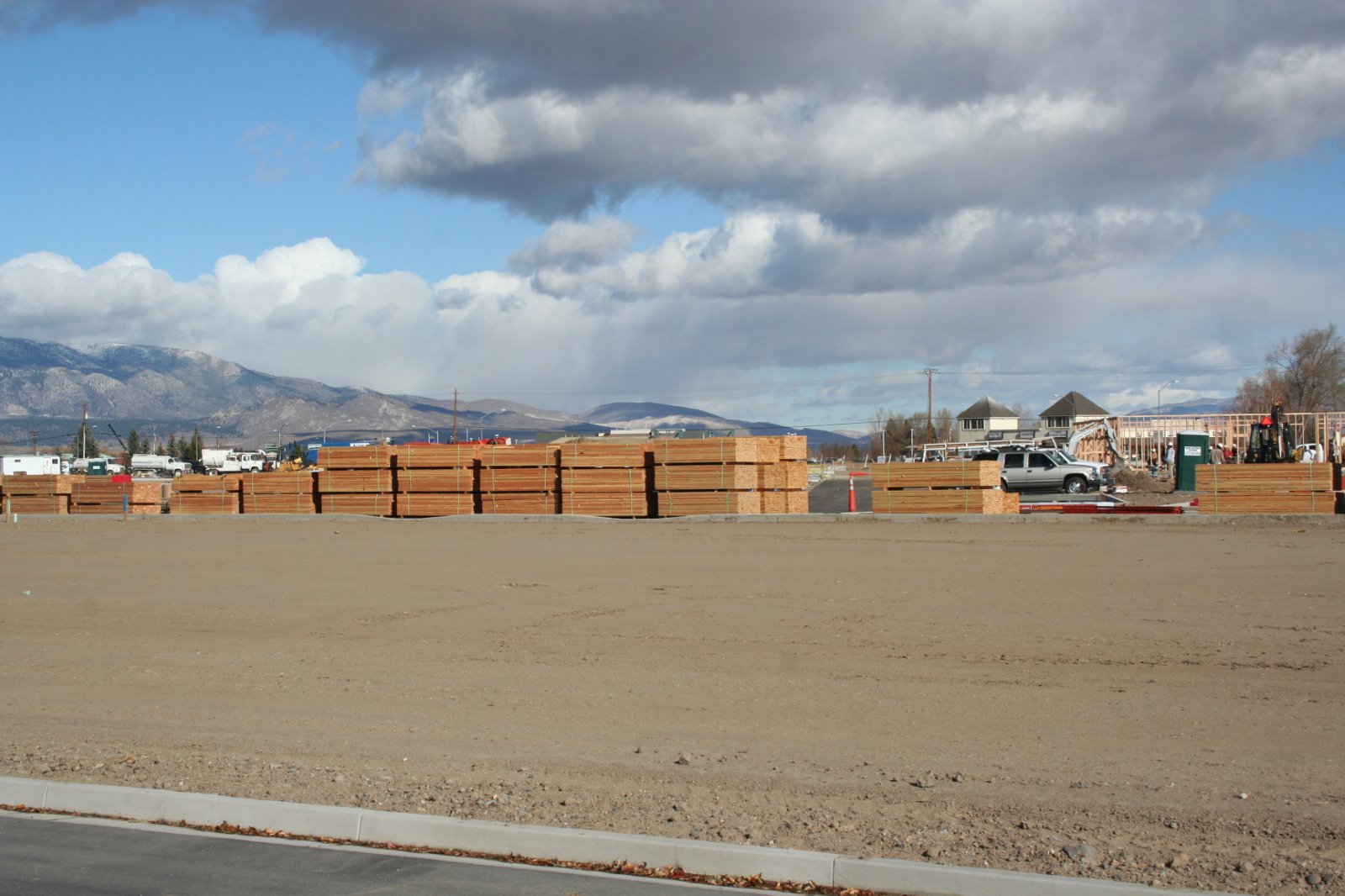 Much more lumber is stacked up on the edges of the site, waiting to be used. I think that we’re going to see some real progress at the Gateway Center over the next couple of months.