New Railroad Car on the V&T

Last year the V&T bought a couple of new railroad cars to run in Virginia City. These cars are fully enclosed and decked out with upholstered seats, lighting, and heat. The first one arrived on the Comstock in July after being trucked across the country. They’re going to be fixed up and run on special occasions, maybe even during the wintertime. These cold people below sure could have used one. 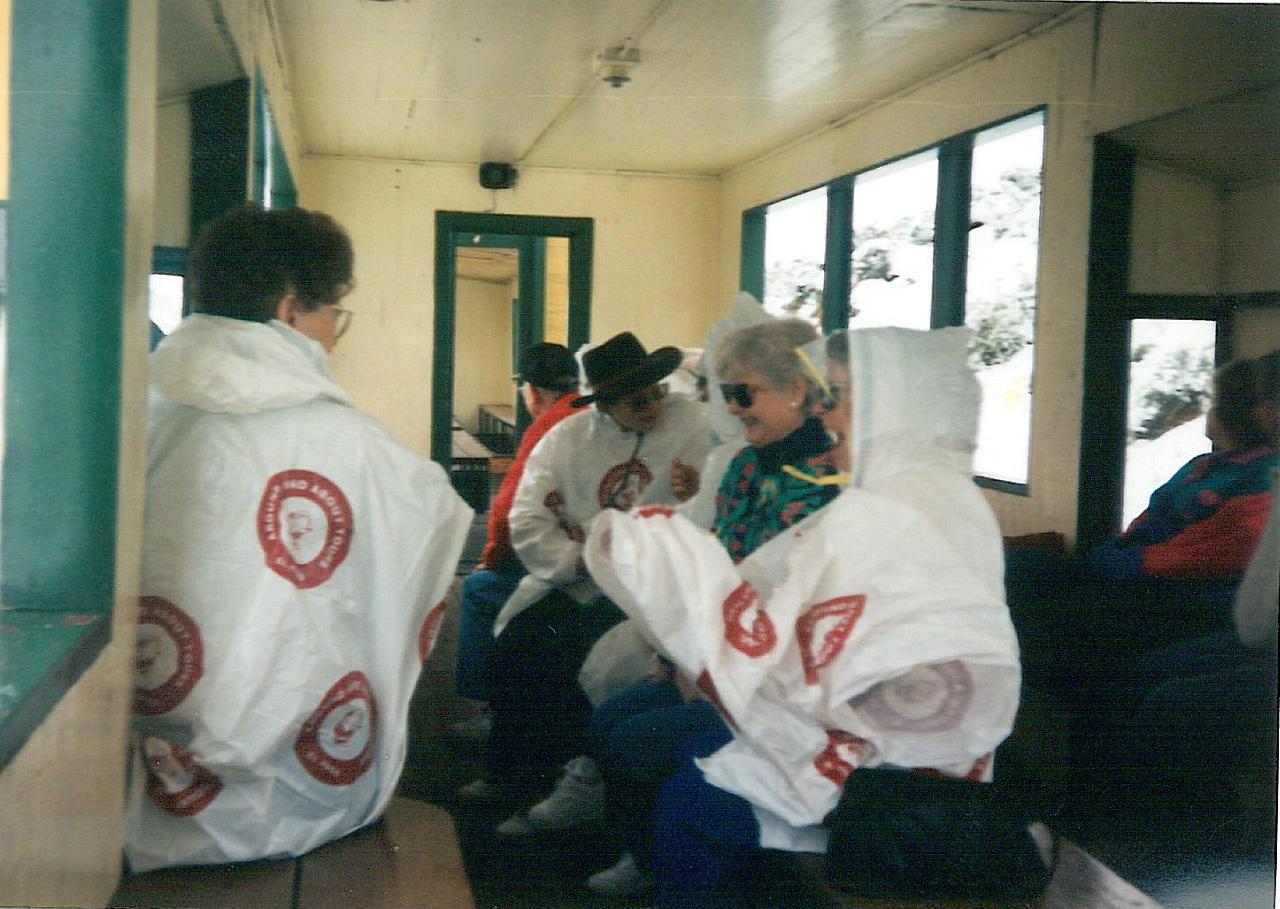 But anyway, the reason I’m writing about these new cars now is because I came across this video. The Comstock Historical Society drove out I-80 to meet the new car at the border and take some photos and video. Instead he ended up getting recruited to be a pilot car, and had to follow the car closely all the way back to VC. Once at its new home, the train car had to be lifted off the semi truck and placed on the rails. This video shows the whole process.

New Rail Car for the V&T