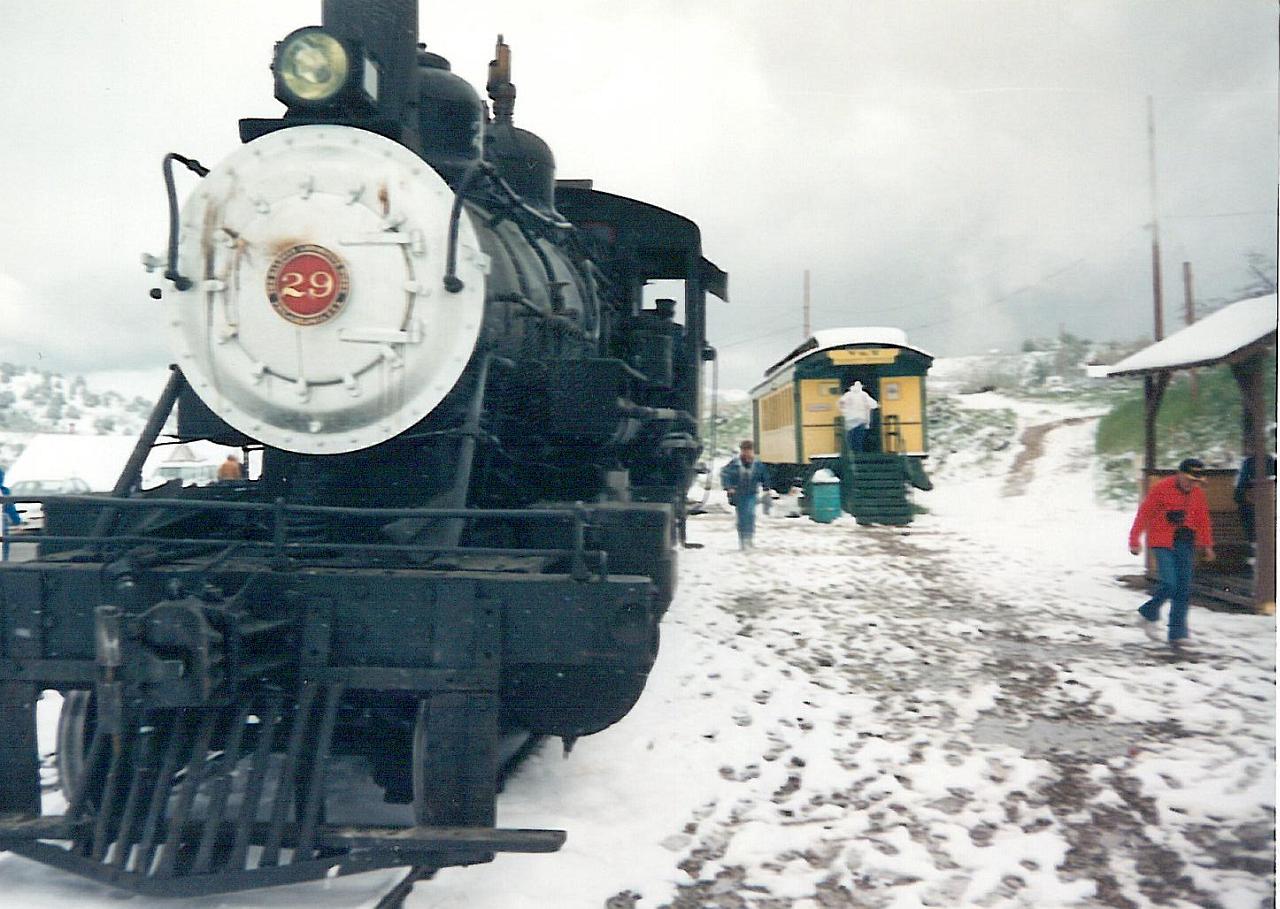 The V&T has announced their operating schedule for 2009.

The Virginia & Truckee Railroad?, Queen of the Short Lines?, is pleased to announce its operational schedule for the Summer of 2009 season, with daily operations commencing Memorial Day, May 23rd and concluding on Nevada Day, October 31st.

Thomas Gray, Vice President of the V&T Railroad?, outlined the highlights of the upgraded scheduled service for 2009:

We invite everyone to visit our upgraded website at www.virginiatruckee.com for schedules and details.

Craig Brinkman, Director of Marketing for the V&T Railroad, described the excitement associated with the upgraded schedules:

“With steam operations throughout the Summer of 2009 and newly acquired early 1900’s passenger equipment, the V&T Railroad is ready to deliver an exciting new experience for both first time and repeat visitors to the Comstock”, said Mr. Brinkman. “Look for upscale excursions for area special events as well as regularly scheduled operations to Gold Hill, as well as the possibility of selected operations on the extended route including the NV Commission to Reconstruct the V&T’s new track, being built to Carson City.”

“With daily, peak season steam service and 6 upgraded scheduled trains departing from Virginia City, between 10:30AM to 4:00PM, the V&T Railroad? looks forward to one of the best years in recent memory”, said Mr. Gray. “We are among the few railroads on the West Coast with daily steam operations, easily accessible from Reno/Tahoe International Airport and other exciting regional destinations, including Lake Tahoe, less than an hour’s drive from Virginia City. Virginia City is less than 25 miles from downtown Reno, making it a wonderful day trip for those interested in American heritage.”

The Virginia & Truckee Railroad? is celebrating its 34th year of continuous operation, placing it among the enduring and important heritage railroads in the United States, reviving the history of the original Silver Short Line?. Virginia City, the home of the V&T Railroad?, is the one of the largest National Historic Landmarks in the United States and is a treasure trove of historic buildings, ruins and sites from the early West.