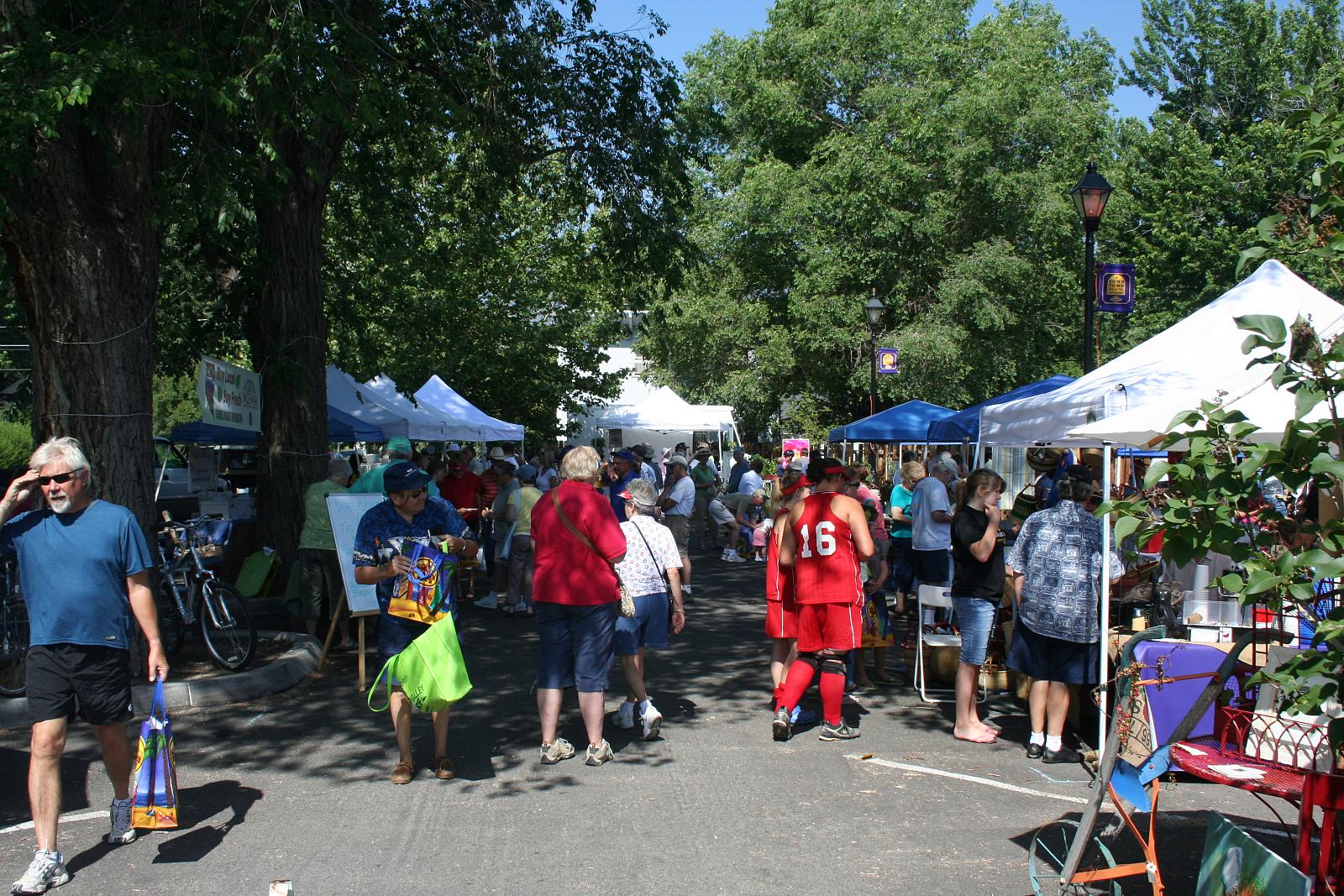 The Carson Times has a report on how the summer activites in downtown Carson, like the Farmer’s Market, Fridays @ Third, and the Pop-Up Park, have been doing better than expected.

29 vendors — including the most Nevada growers at a time in any currently running market in Northern Nevada — will man their booths for nearly 1,900 expected customers.

Live music, table seating and the ease of a weekend morning add to the 14 farmers and 15 boutique vendors who are there each week through Oct. 4 at the Third and Curry Street parking lot in downtown Carson City.

It seems like everything is going right all at once here, and 2008 is the year that the revitalization of downtown Carson has really stepped into high gear. I think the focus on Curry Street as the base for all these activities and events is one of the biggest things that has led to the success. Carson Street is a losing proposition. Even after the freeway is built, traffic on Carson is still going to be moderately heavy, and all the improvements that have been talked about are going to depend on a city that is currently broke coming up with enough money. So even if things go well, we’re looking at several years before Carson Street will be fit for pedestrian life. Curry Street, on the other hand, is ready now. I think making it the true heart of downtown Carson was a brilliant idea.