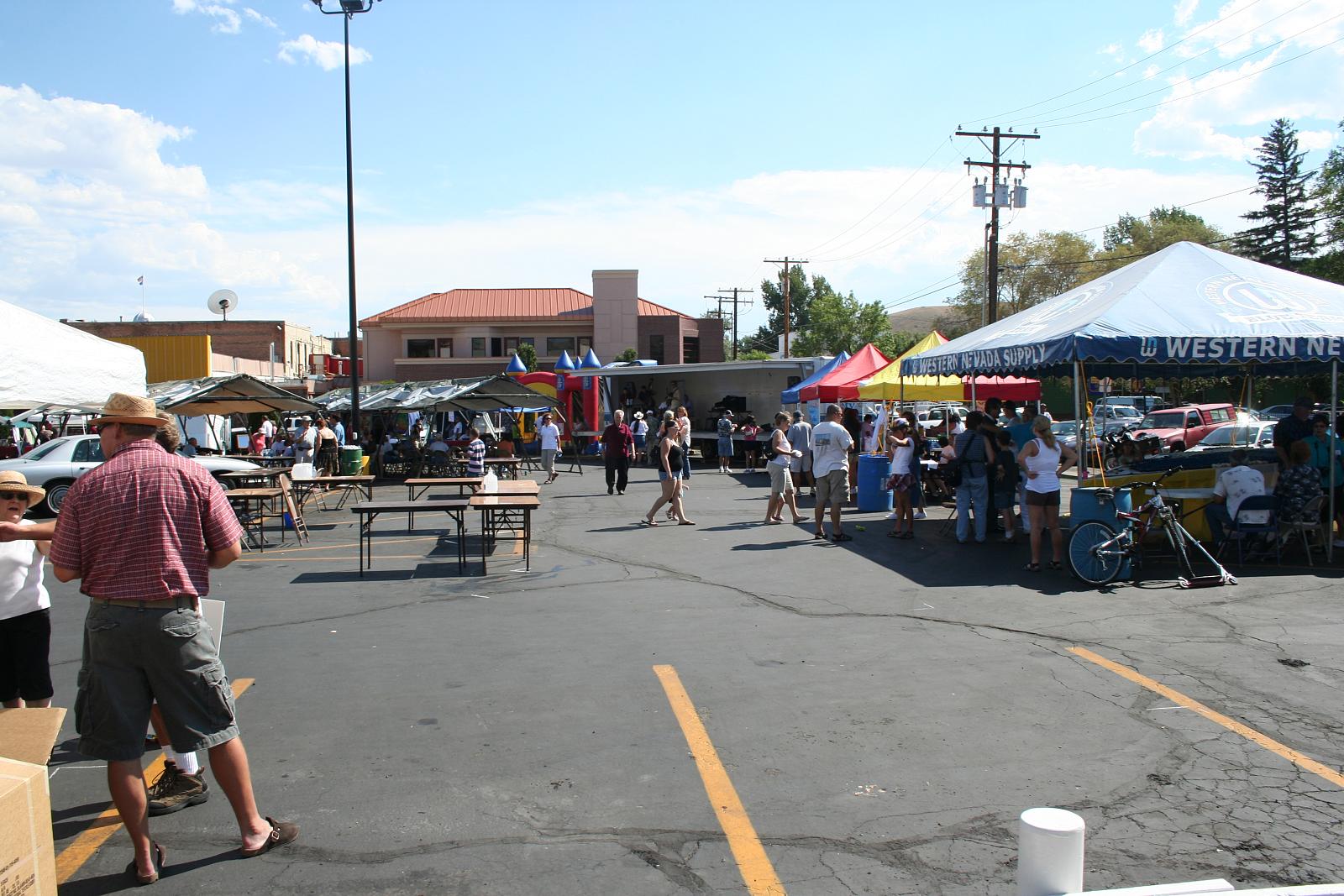 Saturday afternoon we headed down to downtown Carson to check out the Carson City Sesquicentennial celebration, held in the Nugget’s west parking lot (former home of the Arlington Hotel). There was a pretty good turnout at the event, but since it was sprawled out over the whole parking lot it looked a little empty, as you can see in the picture above. 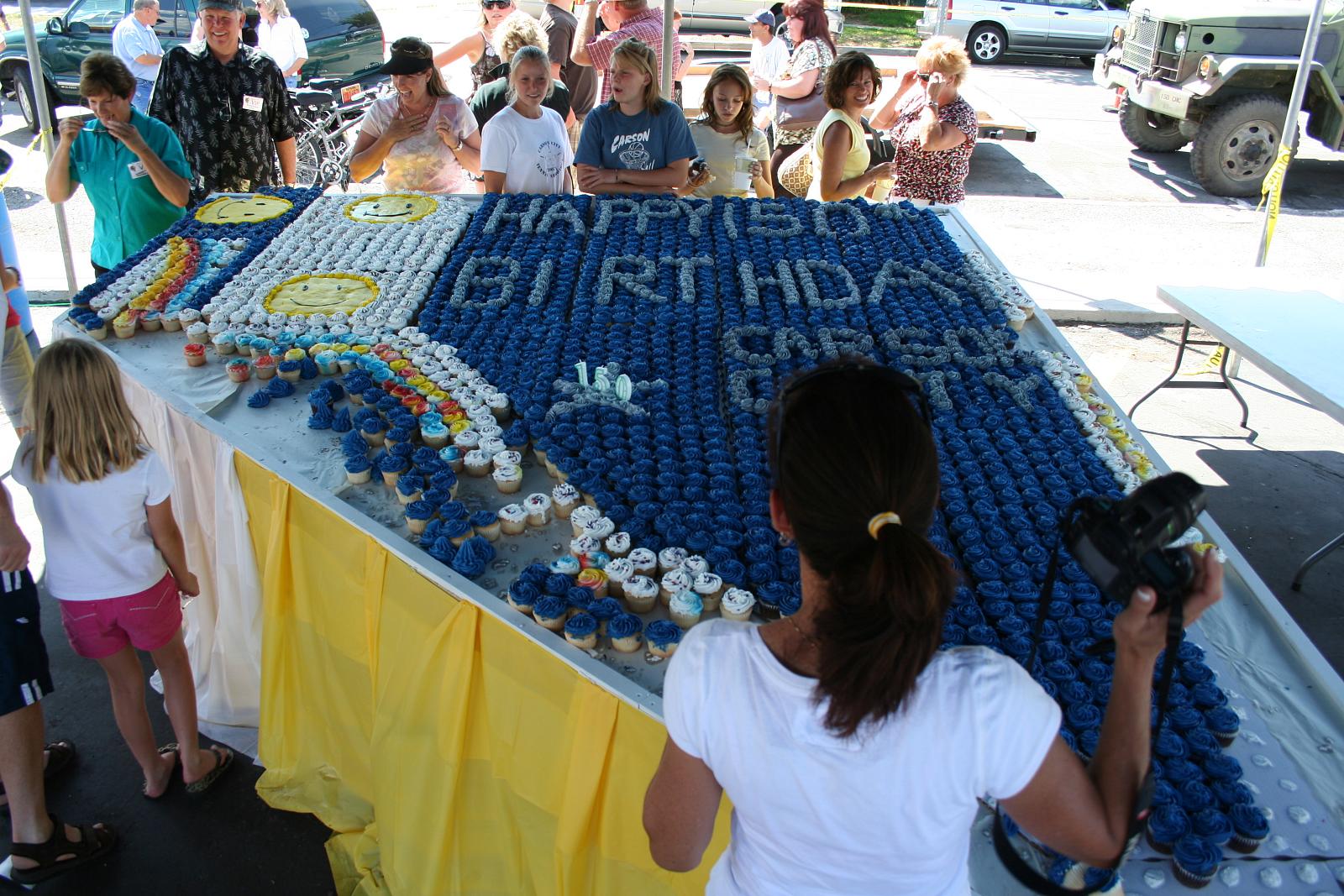 The real star of the event, at least when we showed up, was the 2008-cupcake birthday cake. Wal-Mart generously provided this cake, which was made up of 2008 chocolate and vanilla cupcakes, layed out in the shape of Nevada and frosted blue, white and silver. The cake supposedly arrived at the event around 3:00, and we were a few minutes late so when we got there it had already been dug into. It was still mostly intact, though. Notice the candles in the middle, spelling out 150.

This cake has already been featured on the Cupcakes Take The Cake blog. 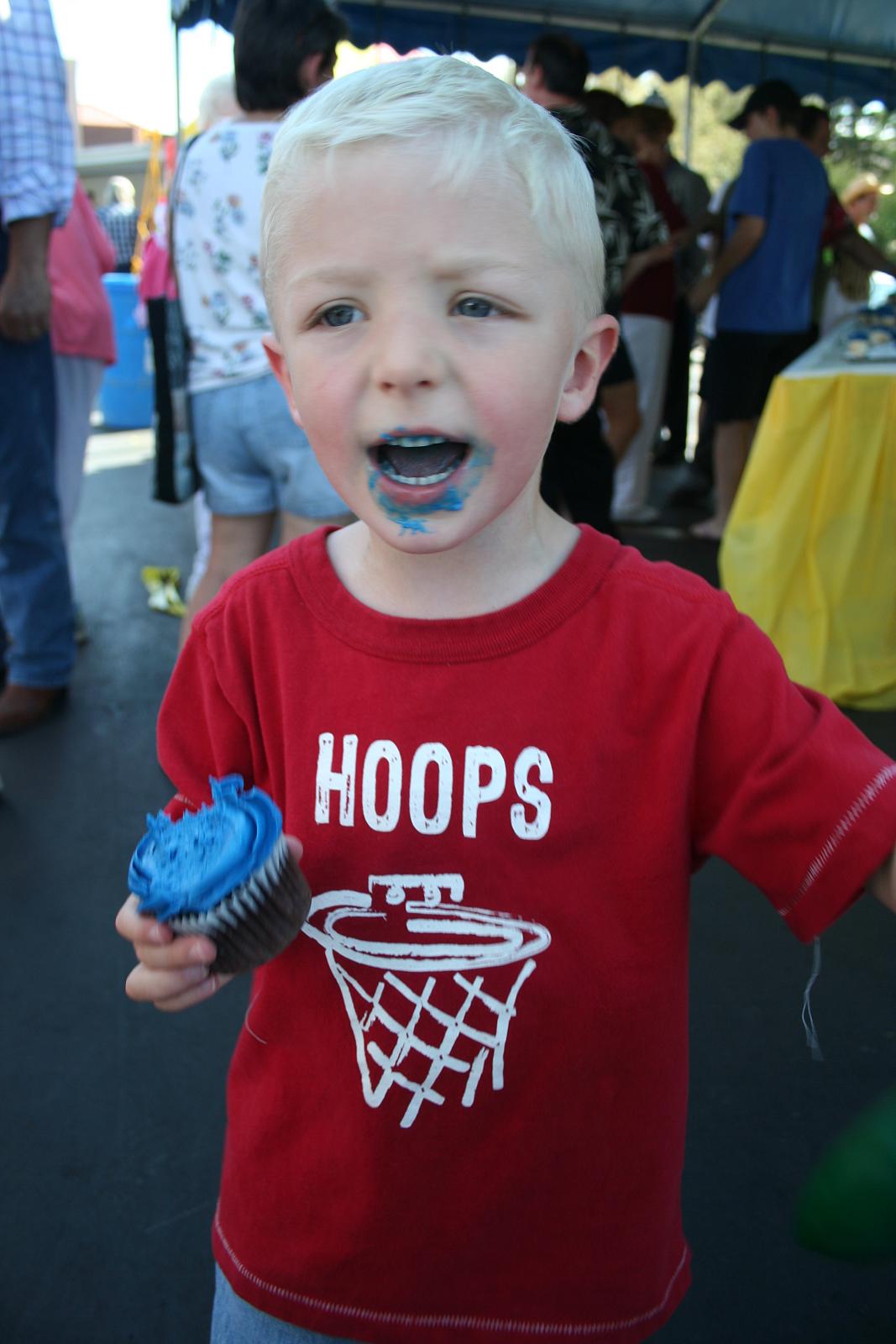 Sam sure enjoyed the cupcakes. 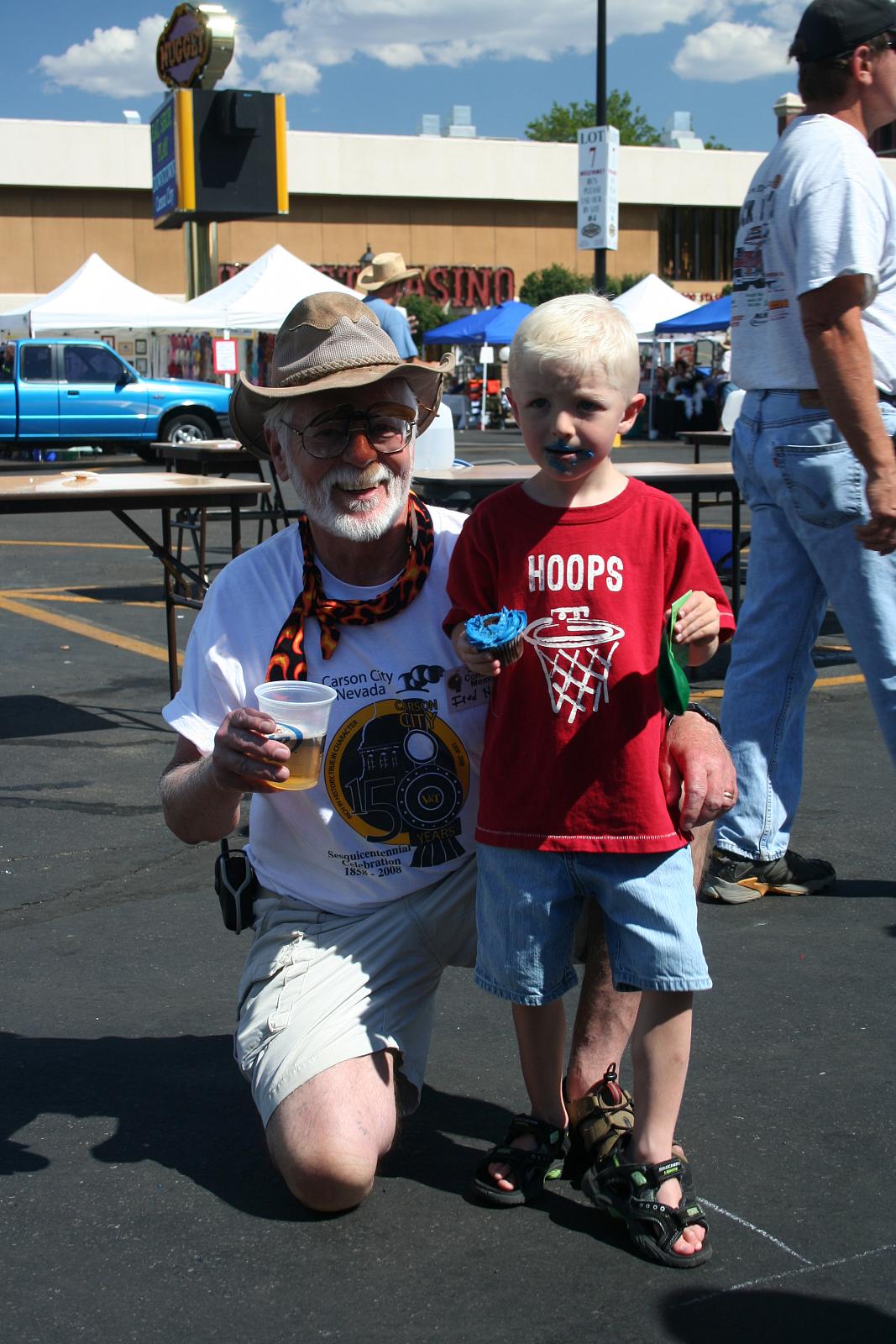 We also met up with Fred Nietz of Arlington Group. Fred and his wife Maxine did most of the legwork in putting this celebration together, and during the event he was like a little bee, hopping around from booth to booth. Fred’s also a good friend of this blog, and this was the first time we had actually met. Here he is posing with Sam, trying not to get any frosting on him. 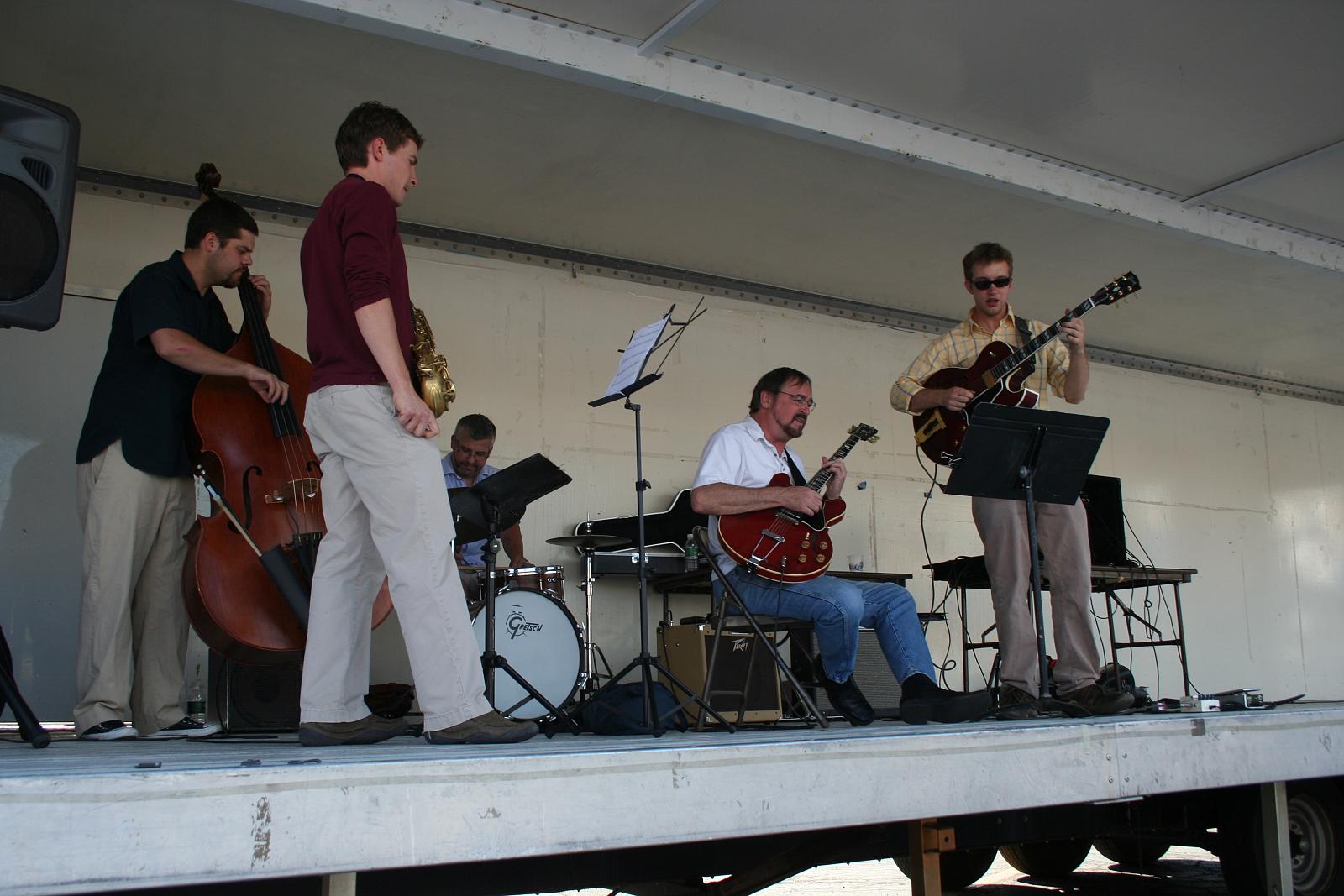 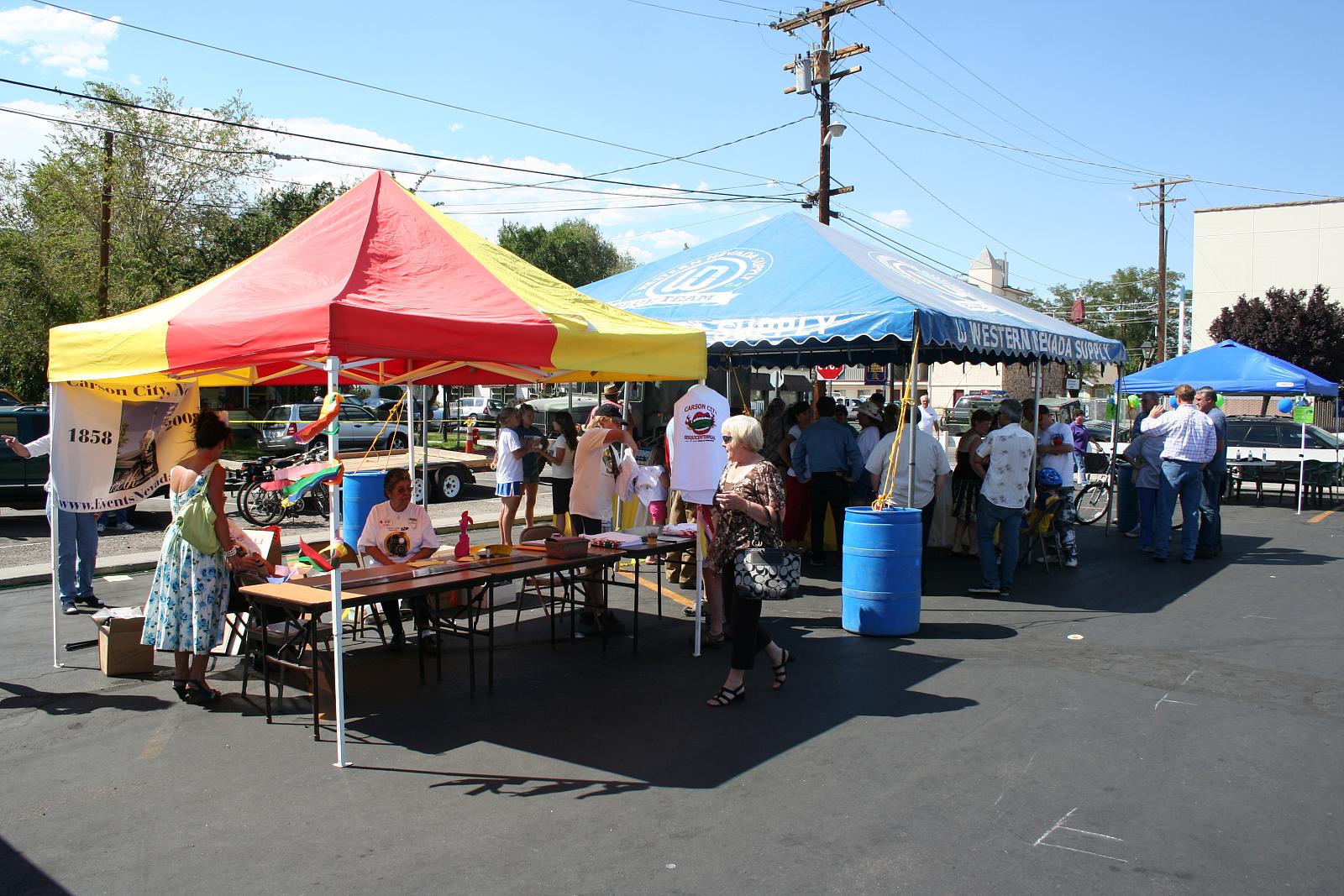 Several craft booths were also set up around the parking lot, 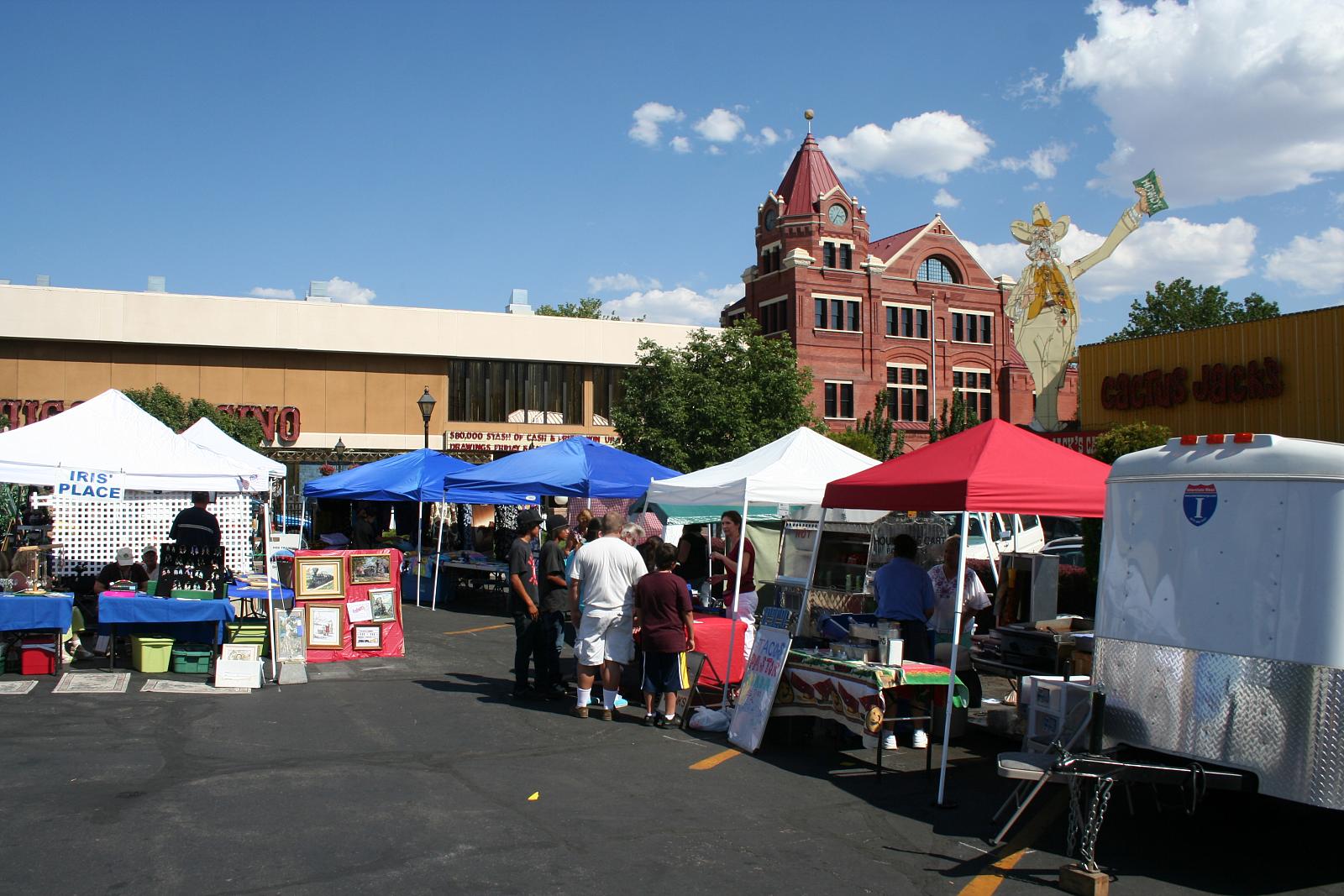 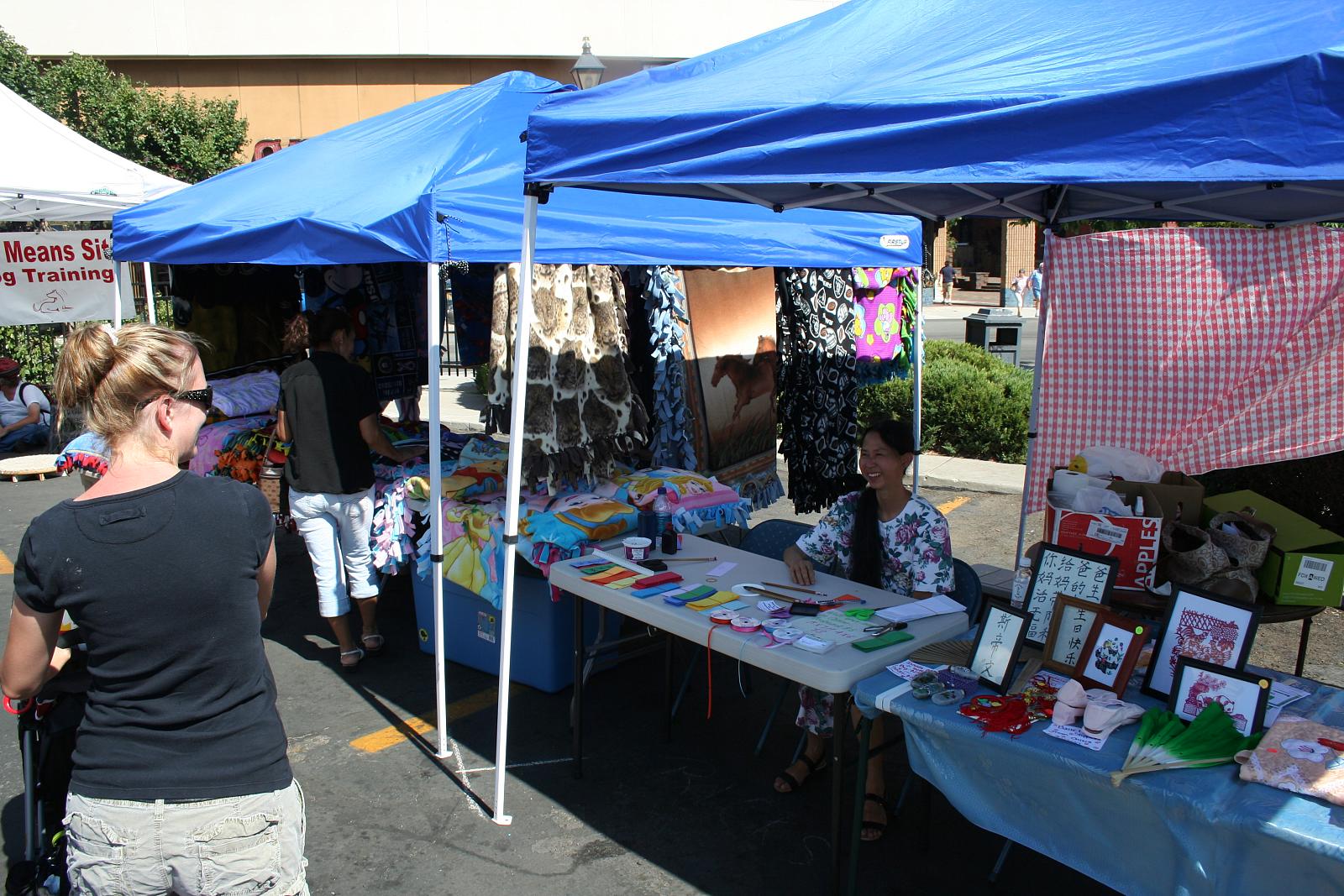 Of course Saturday turned out to be one of the hottest days of the year. The thermometer was pushing 100 most of the afternoon, and out there on the baking asphalt it had to have been a good 3-4 degrees hotter. We lasted about half an hour before we had to duck into the shade of the nearby cottonwoods, and Viola even got a little touch of heat exhaustion from the whole outing. My compliments go out to those who were able to survive the whole day out there.

There was lots that I missed yesterday, like the 150th Anniversary Commemorative Medallion, the chili cookoff, most of the Paul Roth Quintet, Abe Lincoln, and getting to meet Guy Rocha, another friend of this blog and the closest thing Carson City has to an “official” historian. Fred was going to introduce me, but he was busy.