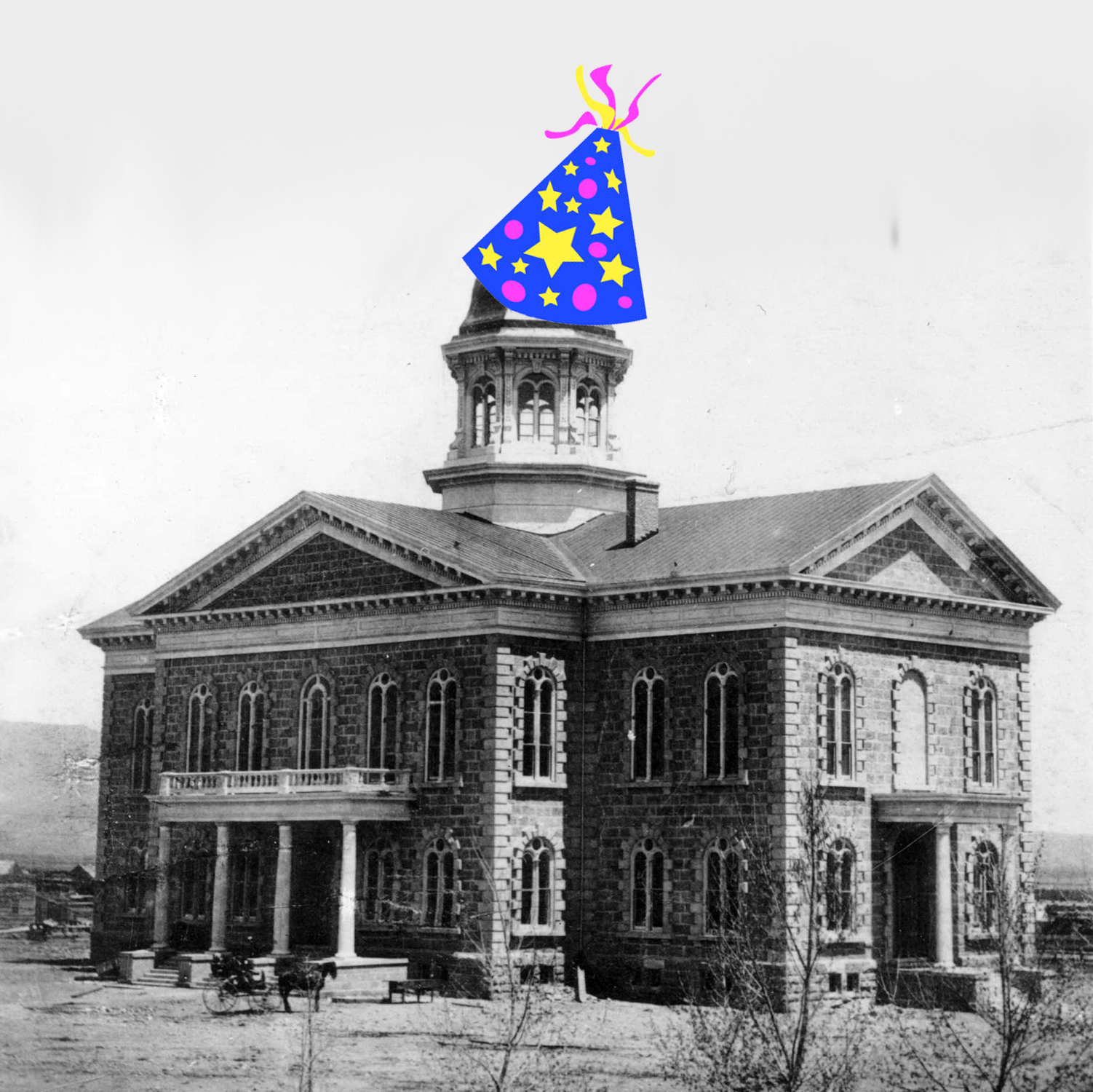 Today, August 12, is supposedly the actual 150th birthday of Carson City. The deed transferring the land Carson sits on over to Abe Curry and his partners was signed on Aug. 12, 1858. Of course at the time there was nothing here but a small trading post and a lot of empty land. The “town” took several months to come together in any form, first by being surveyed and streets laid out in September, then by getting an official Post Office in November.

It’s amazing to me that anyone came to live in the new town, especially during those first few months when there was literally nothing here. But Curry was determined to create a town, even if only through sheer determination of will, and the fact that we have streets and houses still here today stands as testament that he got the job done.

Now whether August 12 should even be named the “birthday” at all is in doubt, as this article in the Appeal details. That date comes from the deed, but the deed wasn’t filed until four years later. People were living in the valley before Curry & Co came; couldn’t they be considered the “founders”? What about the Eagle Ranch itself, which had been established six or seven years already when Curry came in to buy it? When was the first house built in Carson? When was the second house? At what point does three houses in the desert become a “town”?

We could debate this all day, but does it really matter? History is nothing but vapor anyway, tales told around the campfire. Whether that campfire is an actual campfire, or a library, or a computer, doesn’t matter. We’re still talking about things that are long past, people that are long dead. So I’m happy to point to August 12 as the birthday of Carson City, and to be content to say “Happy Birthday Carson City.”

And even though today is the birthday, the party won’t be until Saturday. The Appeal also has a rundown on everything that will be happening that day, as does Arlington Events. The main celebration will be at the Nugget’s west parking lot (former home of the Arlington Hotel) from noon to 6, with satellite events scattered around at the Capitol, the Museum, and other places downtown.