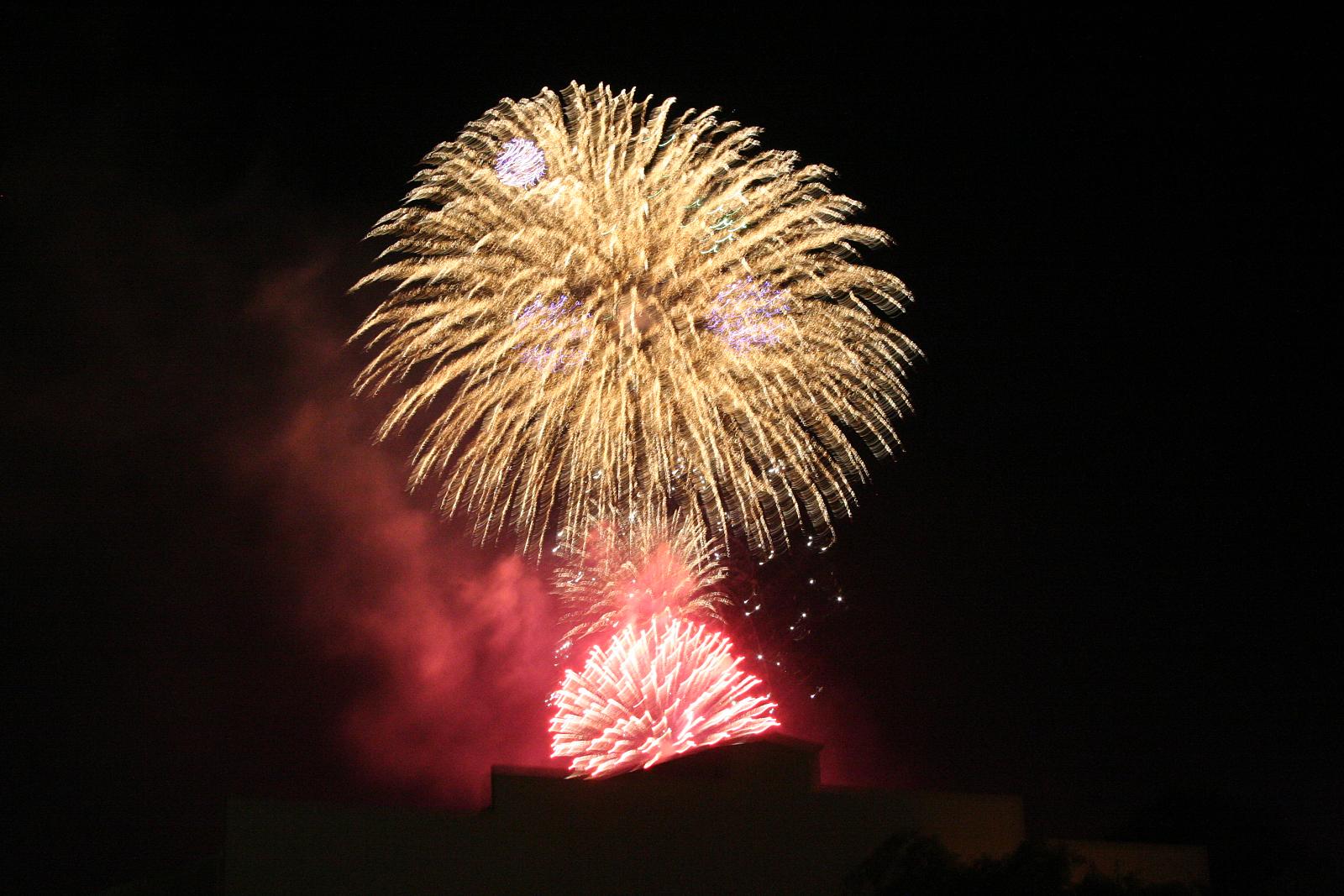 We ended up at Mills Park last night for the fireworks. And one of the things we immediately noticed is that Mills Park isn’t such a good place to watch them from. They’re fired off from behind Carson High, and that’s just so far away from the grassy areas of the Mills Park that the fireworks end up kind of low on the horizon, half-hidden behind trees and buildings (you can see the Pony Express pavilion in the picture above). Better to watch it from a spot closer to the high school, or even from the top of the small hill that’s to the north of there. I think we learn this lesson every time we go to Mills Park to watch the fireworks, but then a few years go by before we go back to Carson for the Fourth, and we forget all over again.

It was a good show, though, nearly half an hour long. Quite an improvement over last year’s mess, where 25 minutes worth of fireworks were shot off in half that time and everyone went home pissed. So I think they were being very careful not to repeat last year’s mistakes. It meant the shots had to be more spaced out, and go up one at a time, but it made for a long show.

One thing that pissed us off, though was that after the show was over, and we made it back to the car and drove away, they shot off about ten more shells, one at a time. What were those? Ones they forgot? Ones they found in the seat cushions after they were done? Ones that got stuck in the tube? Ones they were saving just to get some attention after the show? You know, why don’t you just fire them all off during the show and not keep any for the after party.

Dave Morgan has video of the show, and I have several pictures. 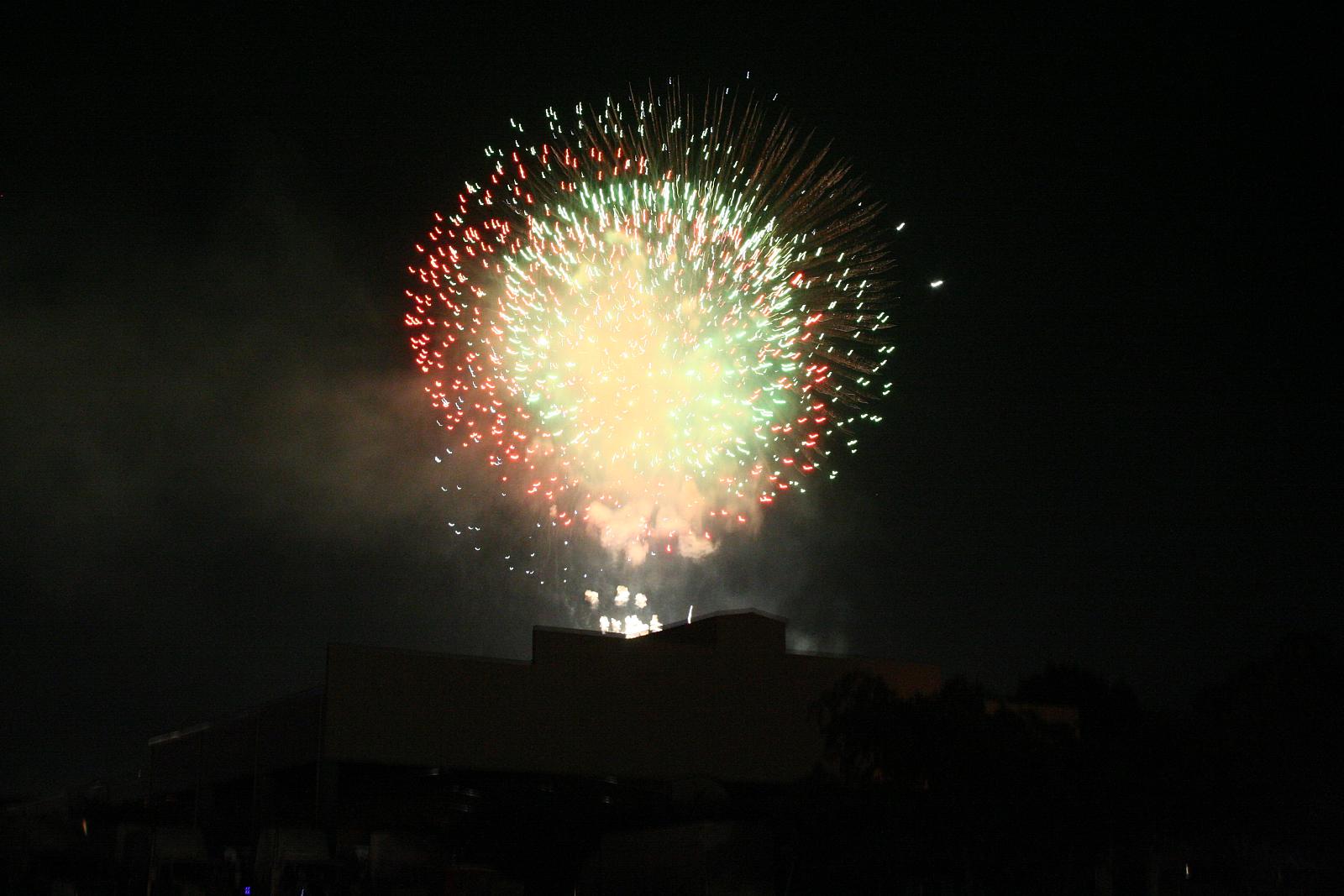 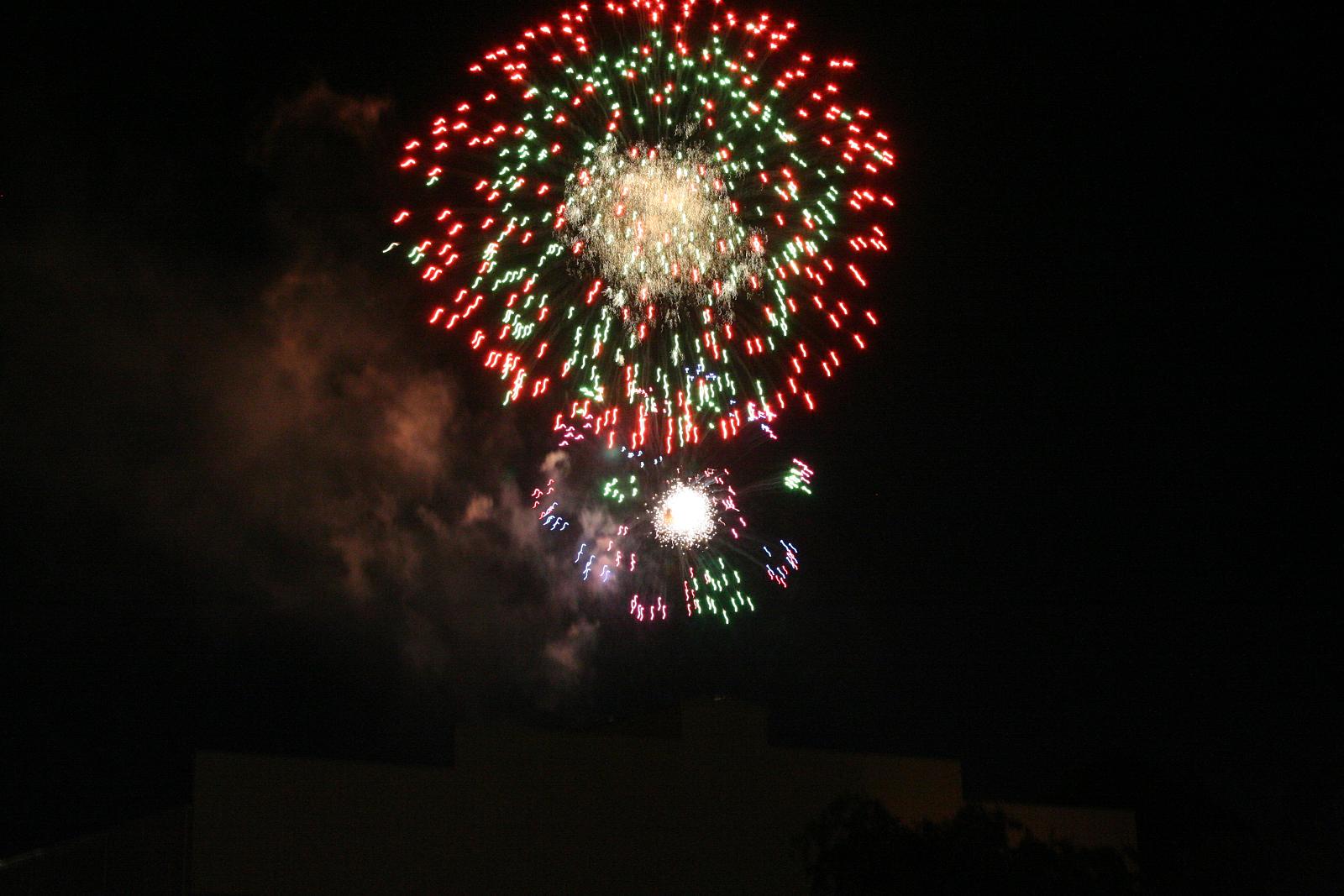 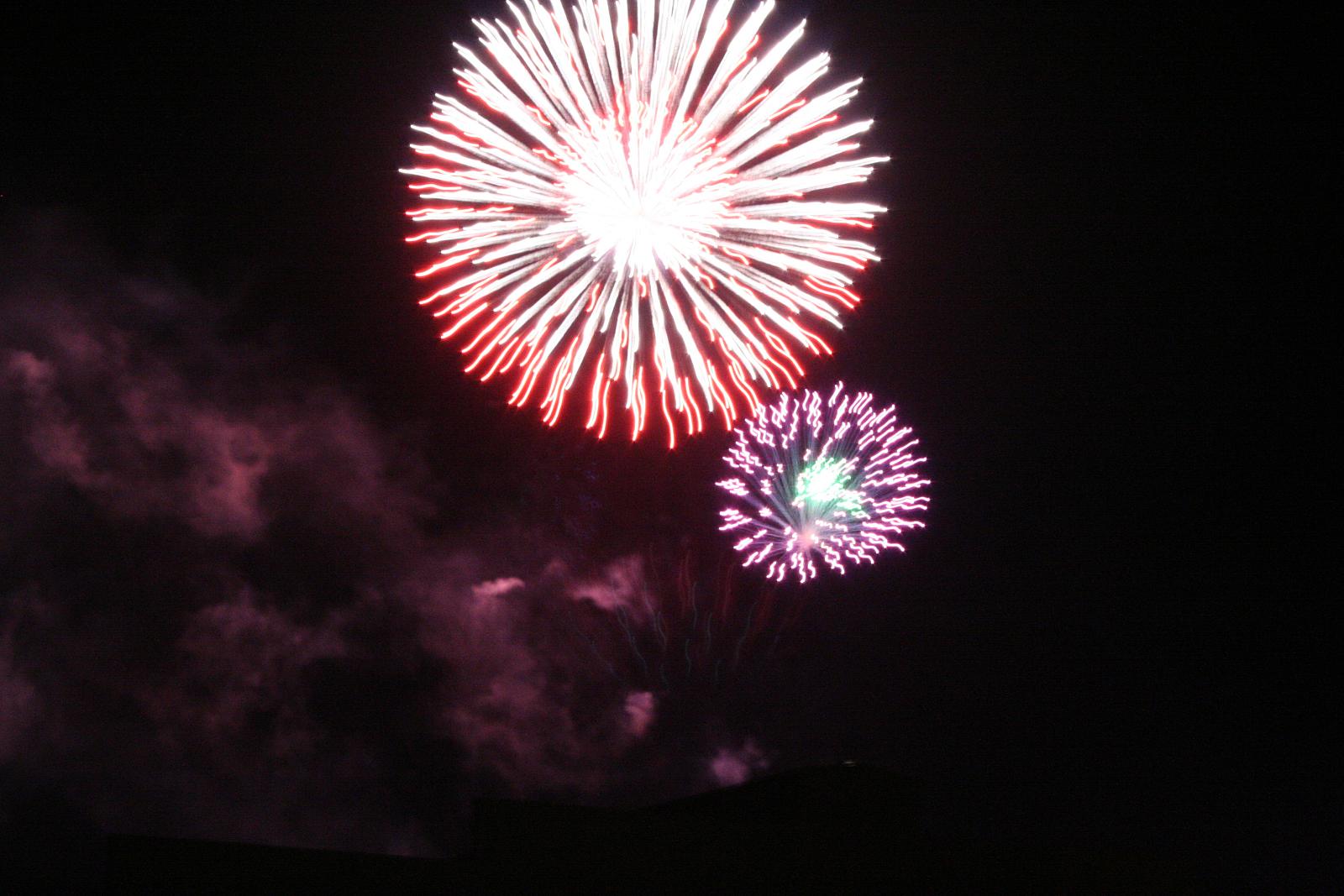 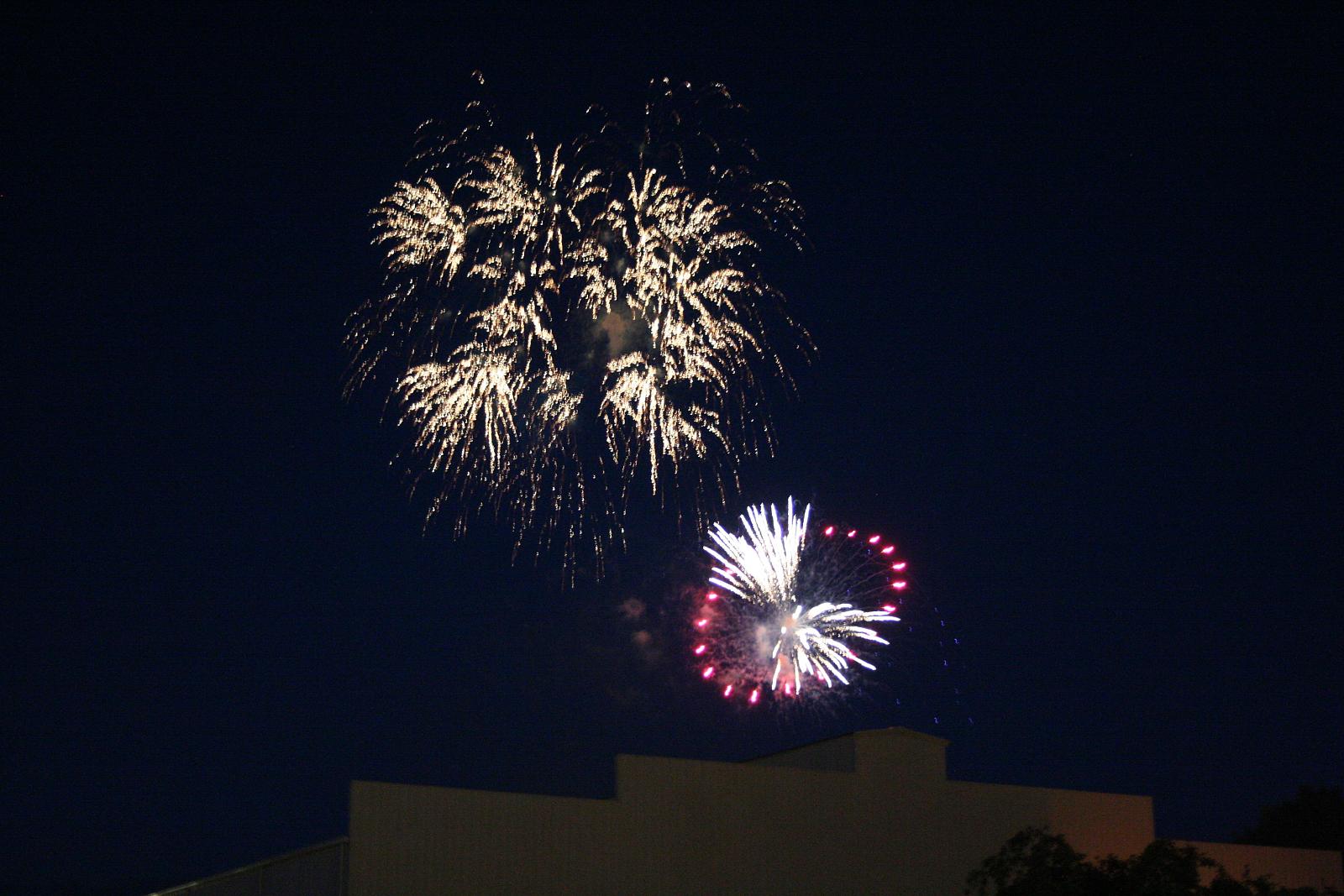 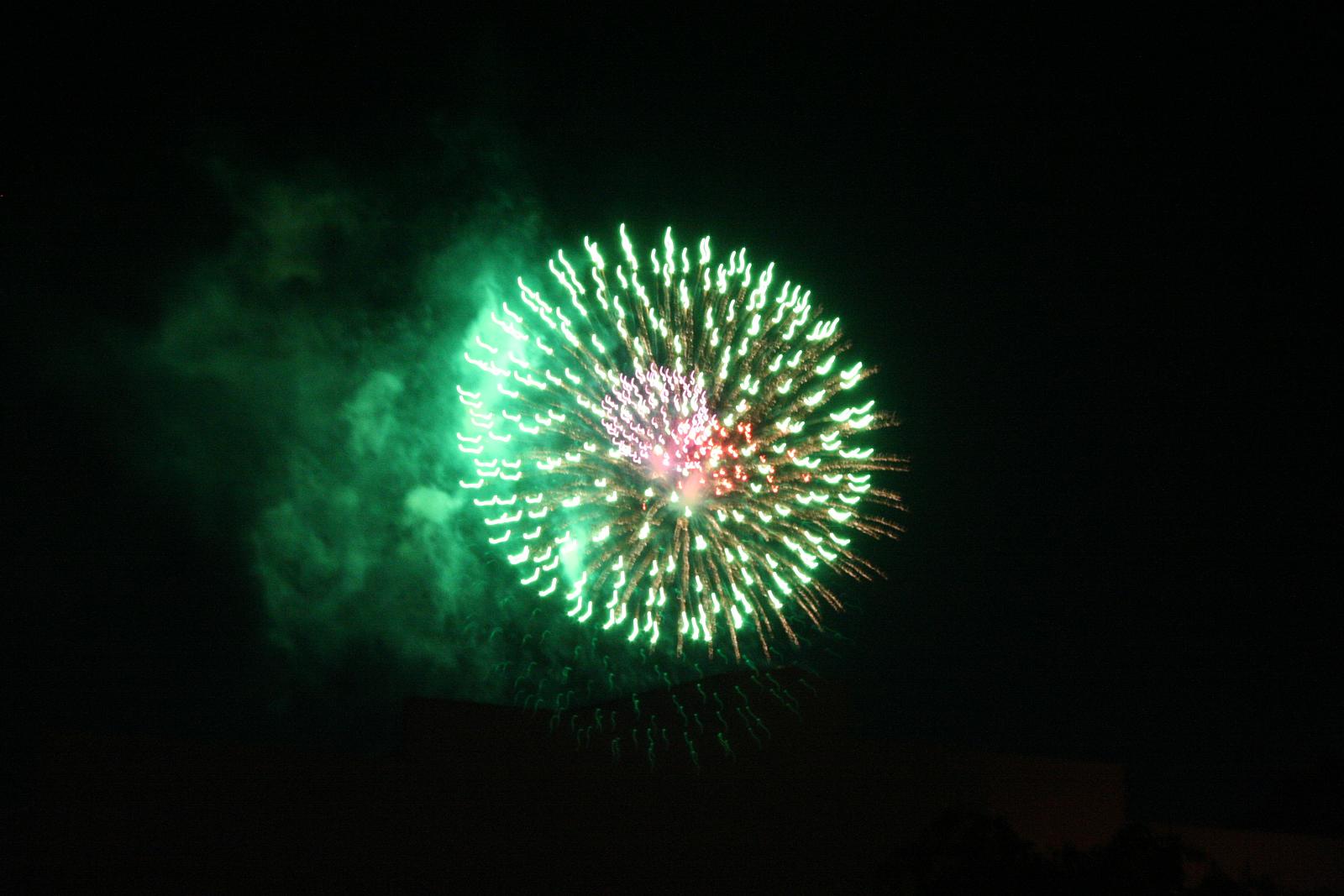