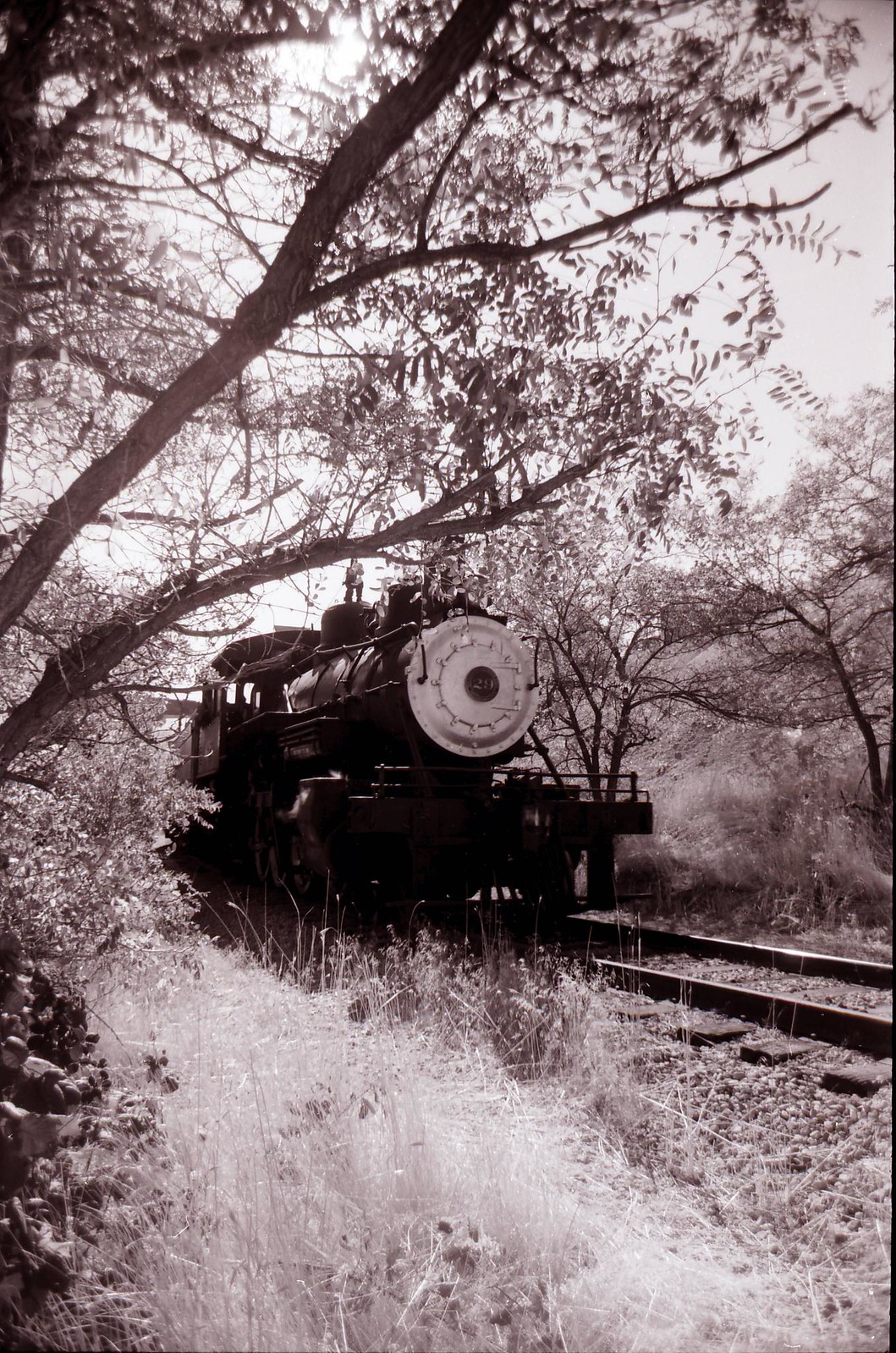 Some good news coming out of Virginia City. After spending 7 years in the shop, Locomotive #29 of the V&T is all fixed and up and running again. That’s an extraordinarily long time for an overhaul, but apparently it wasn’t just a matter of doing some simple repairs, they had to make some upgrades to comply with stricter FRA regulations. That plus budget problems that they probably had, added up to a long hiatus.

And even now, the engine isn’t out pulling trains daily. They ran it last weekend to shake it out and see how it performed, but they haven’t put it into regular service yet. This is a big step forward for the railroad, though. We need steam in Virginia City. We’re getting a little tired of that diesel engine.

Missing from the story, though, is news on the other steam engine they have up on the hill, #8. All these stories focus on #29, as well they should because it’s the more elegant engine and it’s been on the Comstock the longest. But #8 is also up there, sitting in the shop, inoperable, and nobody ever talks about it. Maybe they wanted to focus all their energy on #29 first, get it done, and now that they’ve done it they can shift their attention to #8. Because you have to admit, it’s always better to have two locomotives running than it is one. Back in the late 90s, when I was riding the train all the time, both were operational, so they could put one in the shop for some minor repairs for a week or two and it wasn’t a big deal. The other one would take over responsibilities for that time. That’s what they’ll need to get back to, and they’ll get to get #8 running again to do it. But these new stories never even talk about #8, so I really don’t know what’s going on with it.

Sagebrush and Steam: A Ride on the V&T Railroad