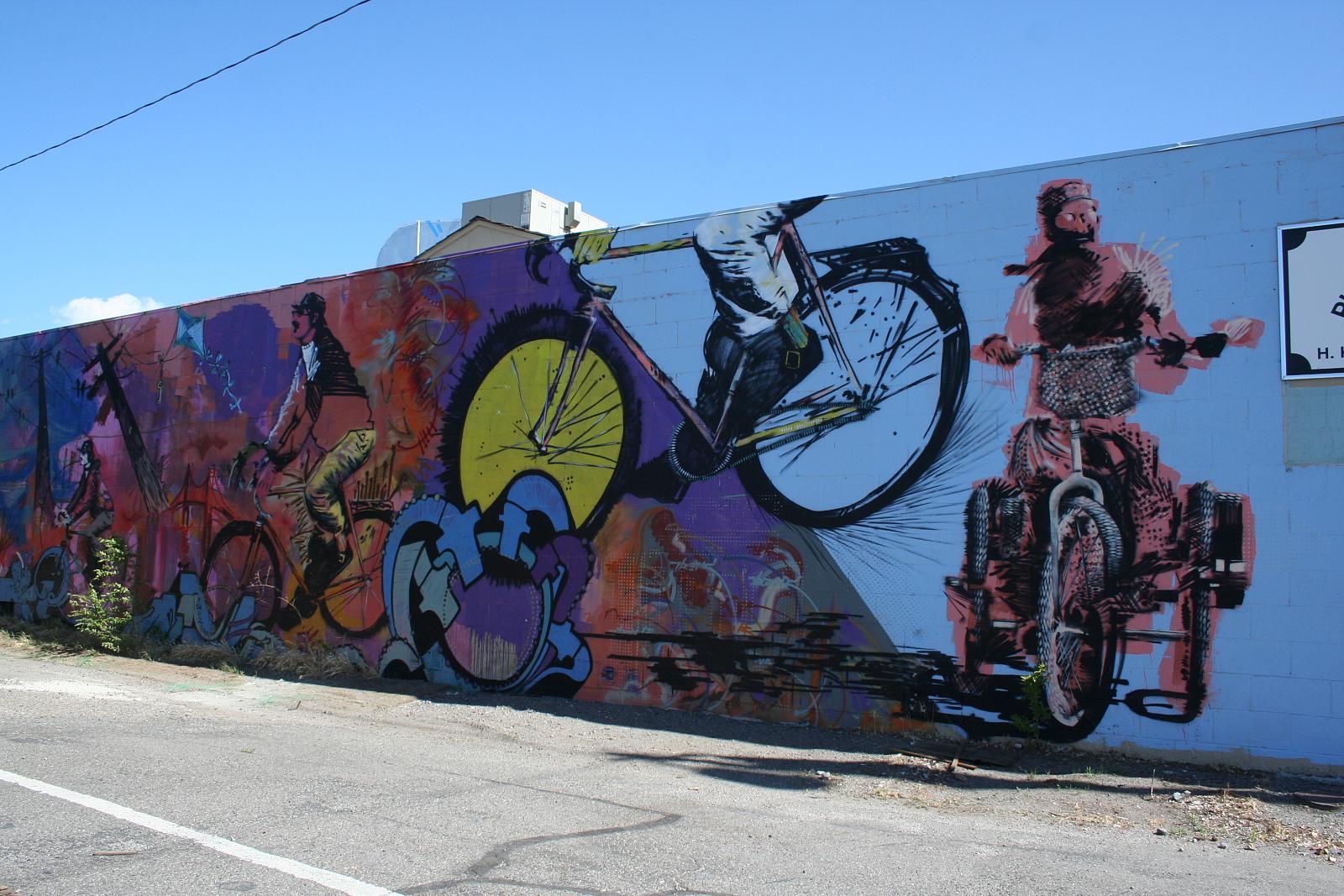 If you’ve driven southbound on Carson Street at all, you’ve probably caught a glimpse of a mural painted on the back of one of the buildings in the north part of downtown, between Winnie and Long Streets. But if you’re like most, you’ve never stopped to take a look at it or wonder why it’s there.

The mural was done by artist Erik Burke, who works mostly on large canvases like this. This particular one was done in an alleyway between the Sierra Podiatry Center and the shopping center next door. Sierra Podiatry Center is the office of Dr. H. Kim Bean, and back in the 60s and 70s this building held a restaurant called Enrico’s. The mural is kind of a general ode to bicycling, but in particular it’s an homage to local icon Glenn Lucky. If you live in Carson City, odds are good that you’re familiar with Glenn. He’s the guy you see riding a three-wheeled bicycle around town, sometimes carrying a trailer full of advertising, sometimes just out for a stroll. He has cerebral palsy, and bike riding is his way of exercising and keeping in shape. He’s become somewhat of a good will ambassador for Carson City, always out there riding his bike and waving at traffic. He was picked as the perfect subject for the mural. 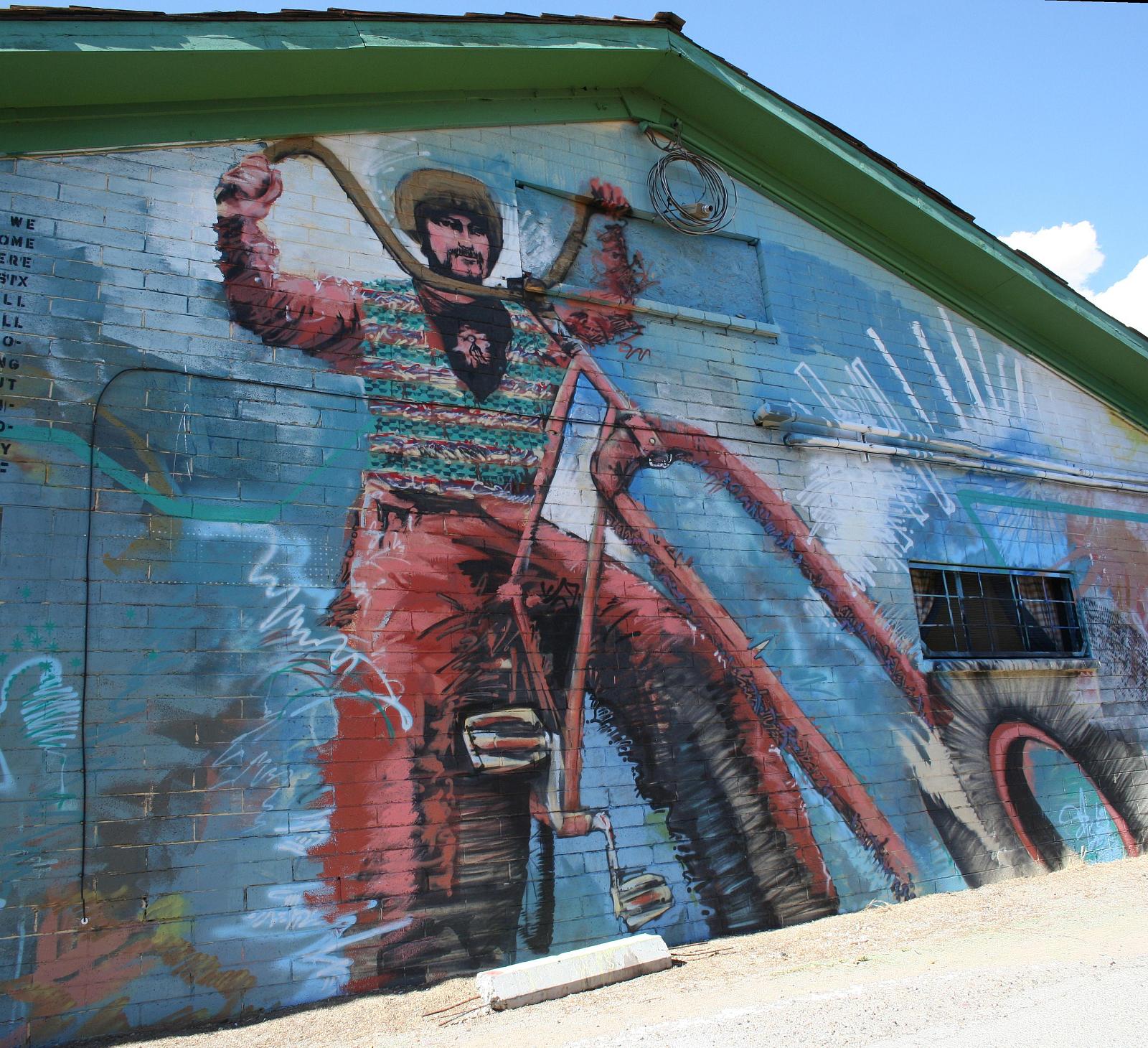 Aside from Glenn, there are other images of bikes, telephone pole, kites, the Golden Gate Bridge, and lots of abstract colors thrown up on the wall. There’s a half pipe with a skater painted on the back of the building. 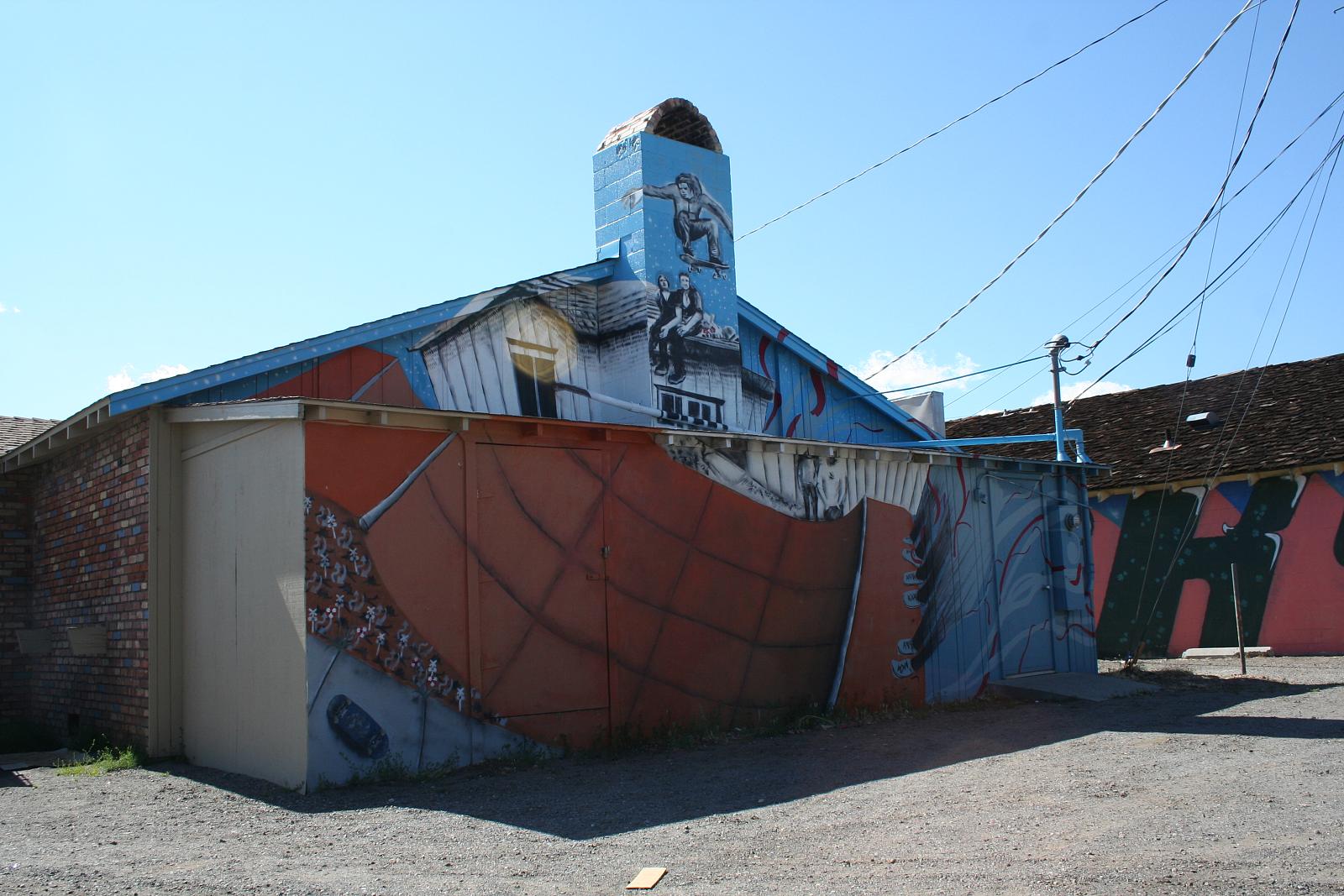 And these two fellows here. 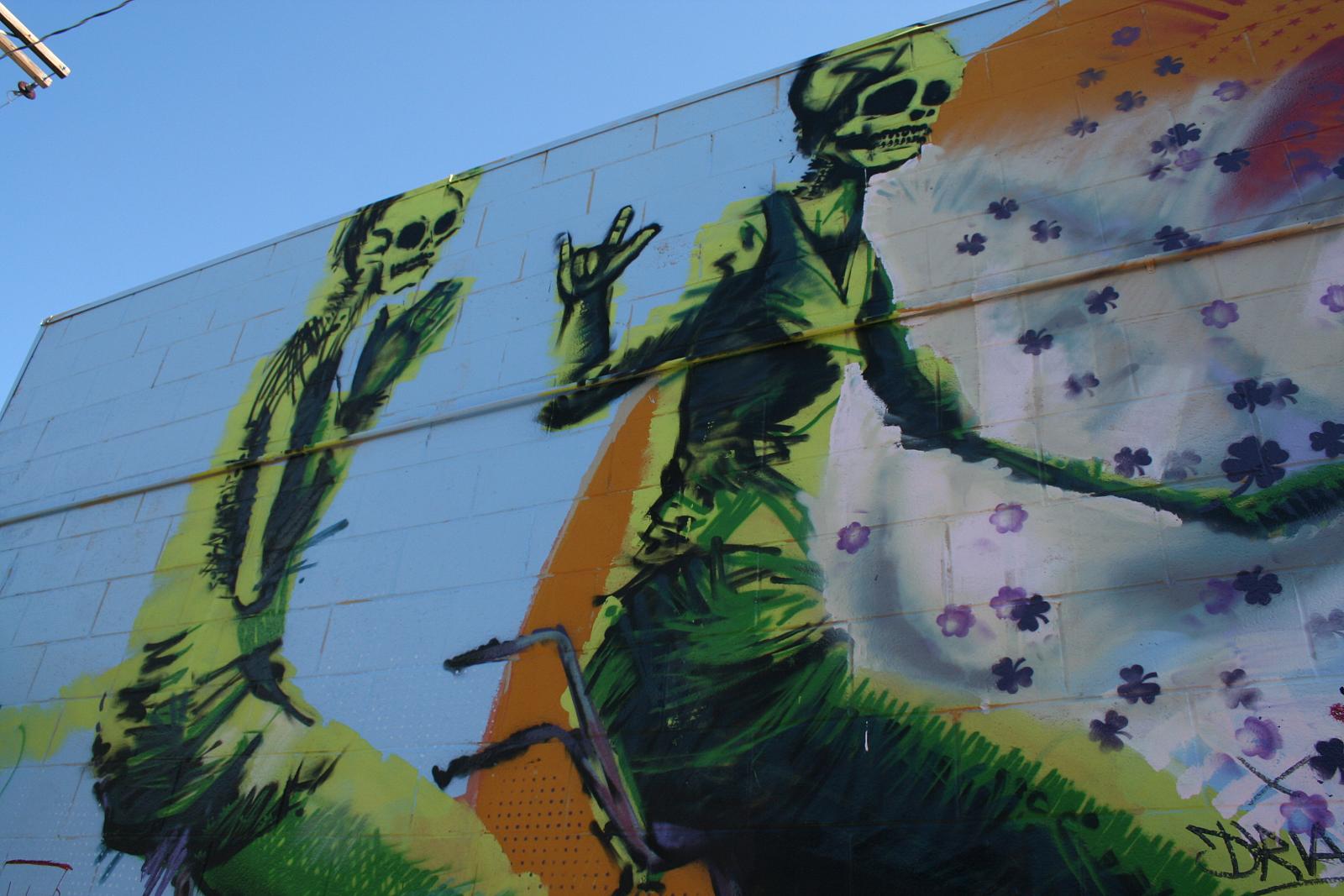 In all it’s a funky way to liven up an alley that otherwise nobody would look at twice. I applaud the property owners for allowing this to go up. Murals like this can bring color and life to a city, and even though it’s not very close to downtown and there’s no earthly reason for anybody to ever stop at this alley, except to see the mural, it’s still a welcome addition to Carson City. I’d say we need more of these around town.

Burke has also done murals in Reno and Sparks. This mural was sponsored by the Capital City Arts Initiative. Here’s their press release of the unveiling of the mural. Facility Bike Club noticed the mural a couple of months after it went up, but didn’t know the story. And I have more pictures of the mural here.

(Speaking of Glenn Lucky, I started today a page on Carsonpedia for Glenn. If any of you have any information to add about Glenn’s life, don’t hesitate to click that EDIT button!)