It’s been quite a while since I made it down to Minden to drive around and see some of the progress on a couple of projects going on down there. I went last week, and I was super surprised to see this. 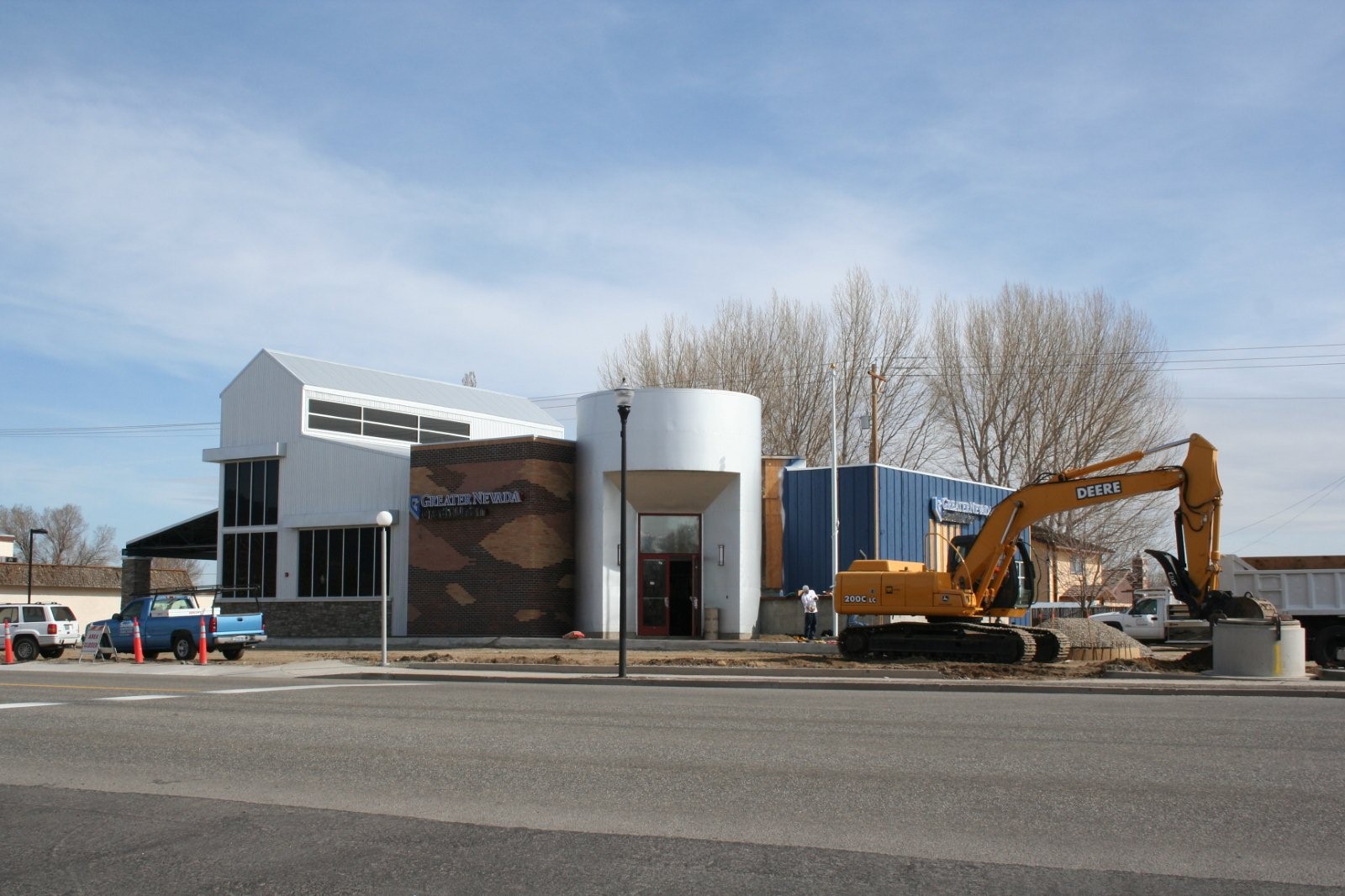 This is the new Greater Nevada Credit Union building, being constructed right at the border between Gardnerville and Minden. GNCU has had a branch on this site for nearly 20 years, in an old office building that used to be there. They tore it down last year so they could build something new. I wasn’t expecting it to look quite this striking. I like it now, but check back in 30 years and see if it’s become outdated. 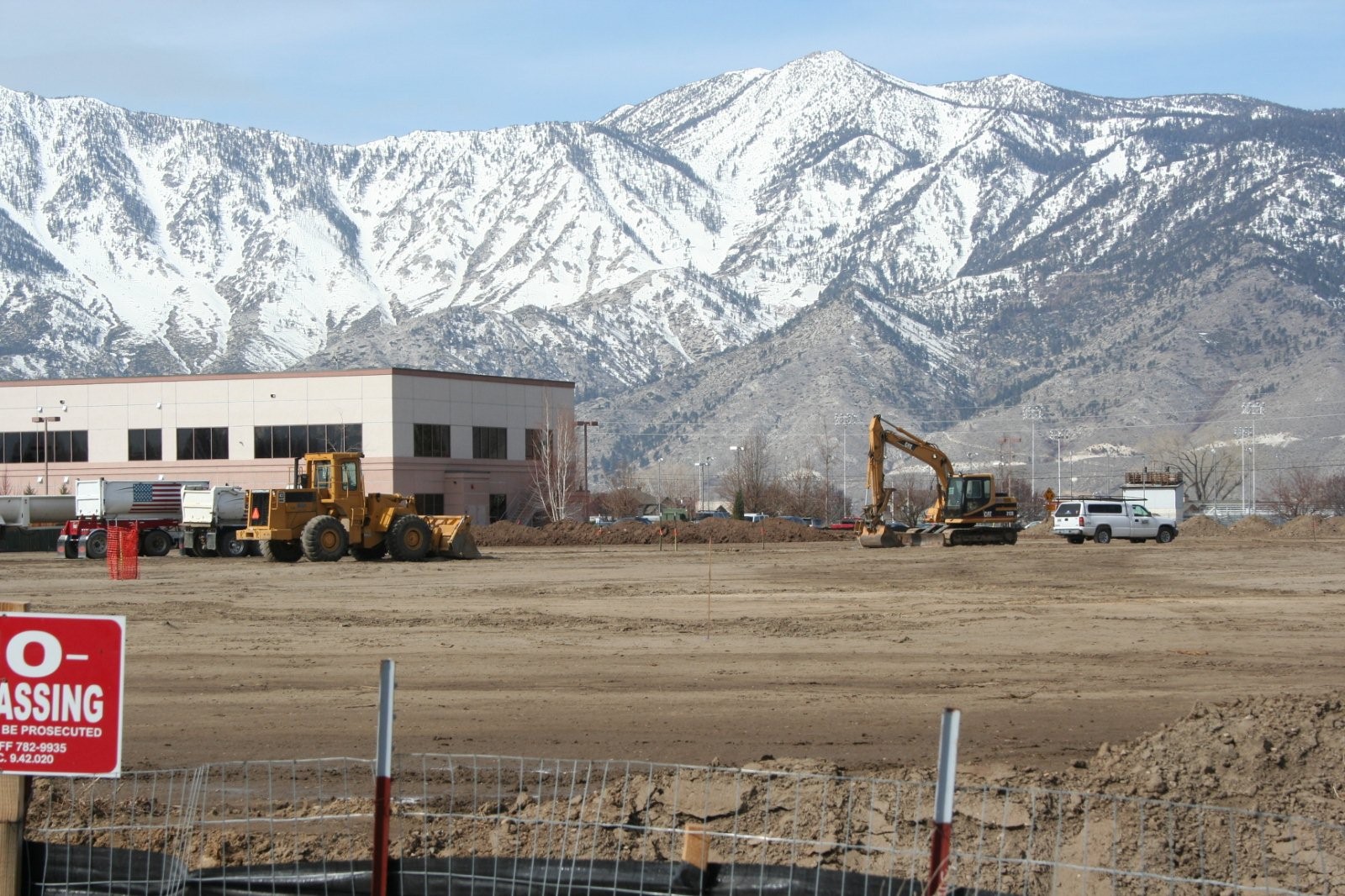 I also cruised by the location of the new Minden Gateway Center, to find that they’re well into the job of moving dirt around, getting ready to start construction. This land at the corner of Hwy 395 and Hwy 88 will soon be home to a retail development and a hotel. 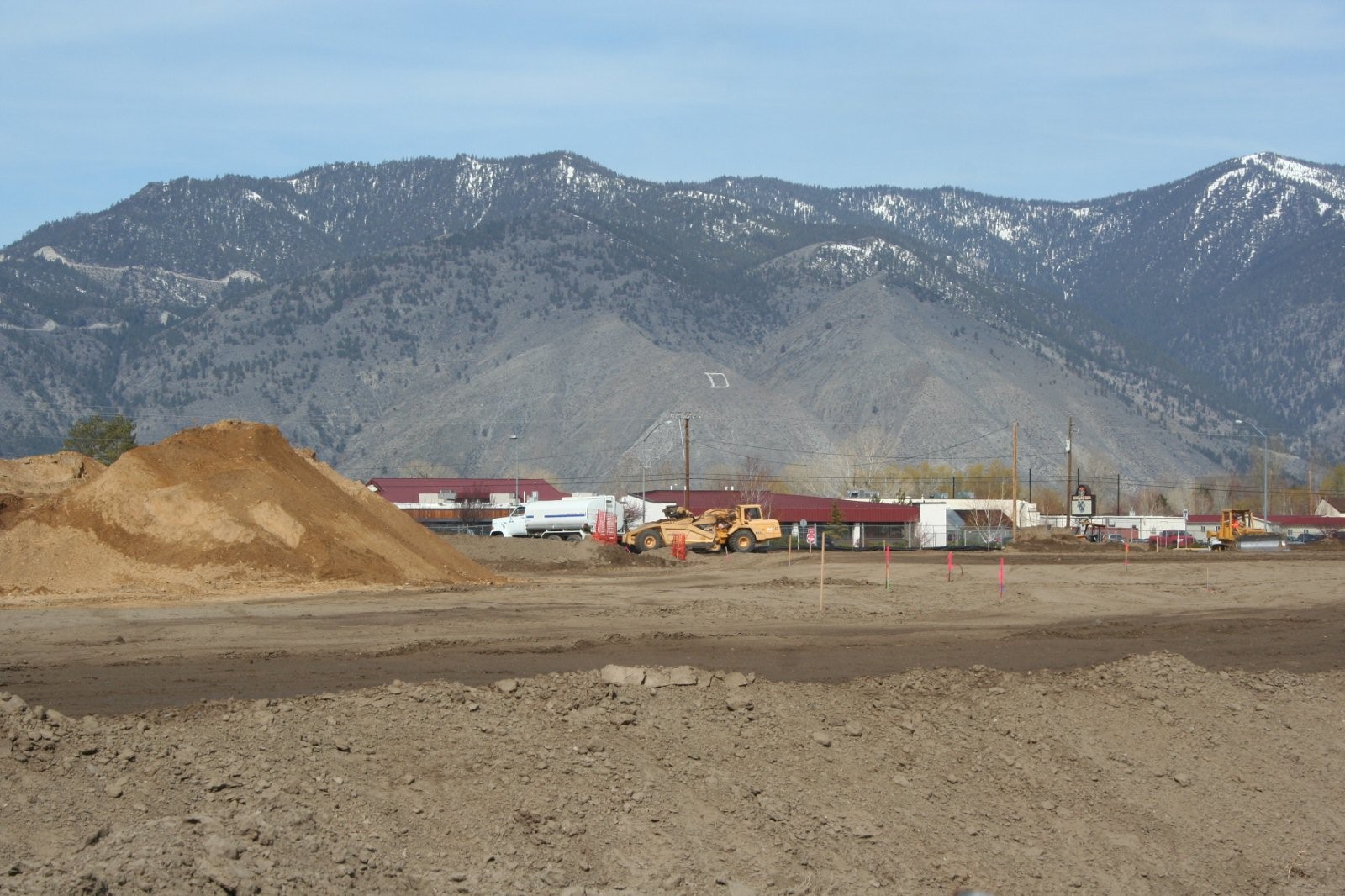 This project is still controversial, mostly because of how close the proposed hotel is to the condos that are right next door. In this last picture, you can see the condos, and how the construction site is right there. 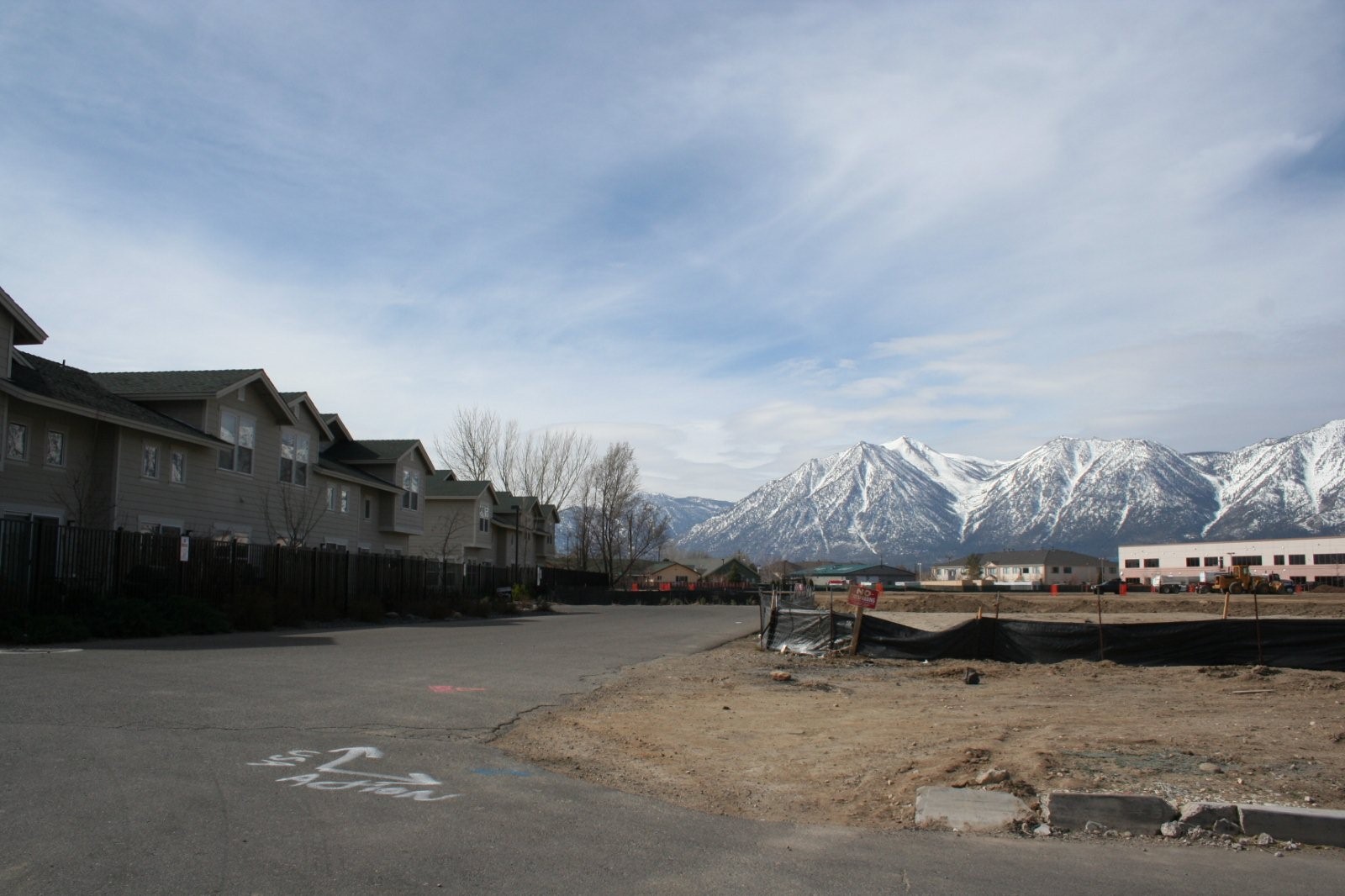 The hotel is going to be located right about where that black fence is. You can see why the residents there would be upset. The matter, as far as I know, is still in court, but it hasn’t stopped the developers from starting preliminary work on the center.