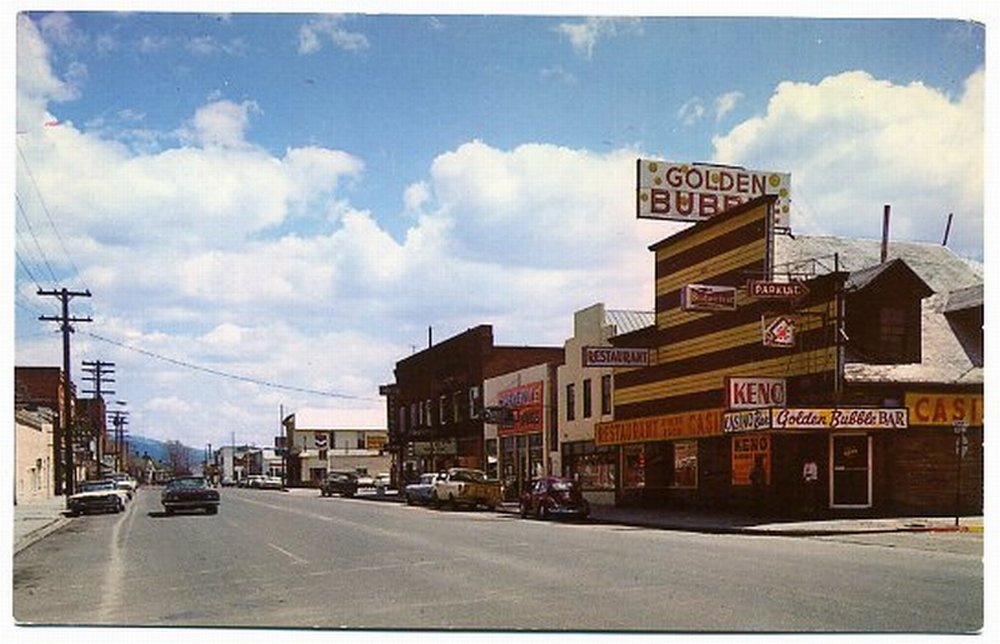 I have to give a big public shoutout and thanks to Mark Englebretson. Mark is a postcard and casino memorabilia collector who lives in Wyoming. But he’s fascinated with the history of Nevada casinos, and he runs the site nevadacasinoashtrays.org. There he displays his large collection of, yes, casino ashtrays, but also reveals photos and history tidbits for the casinos the ashtrays came from. 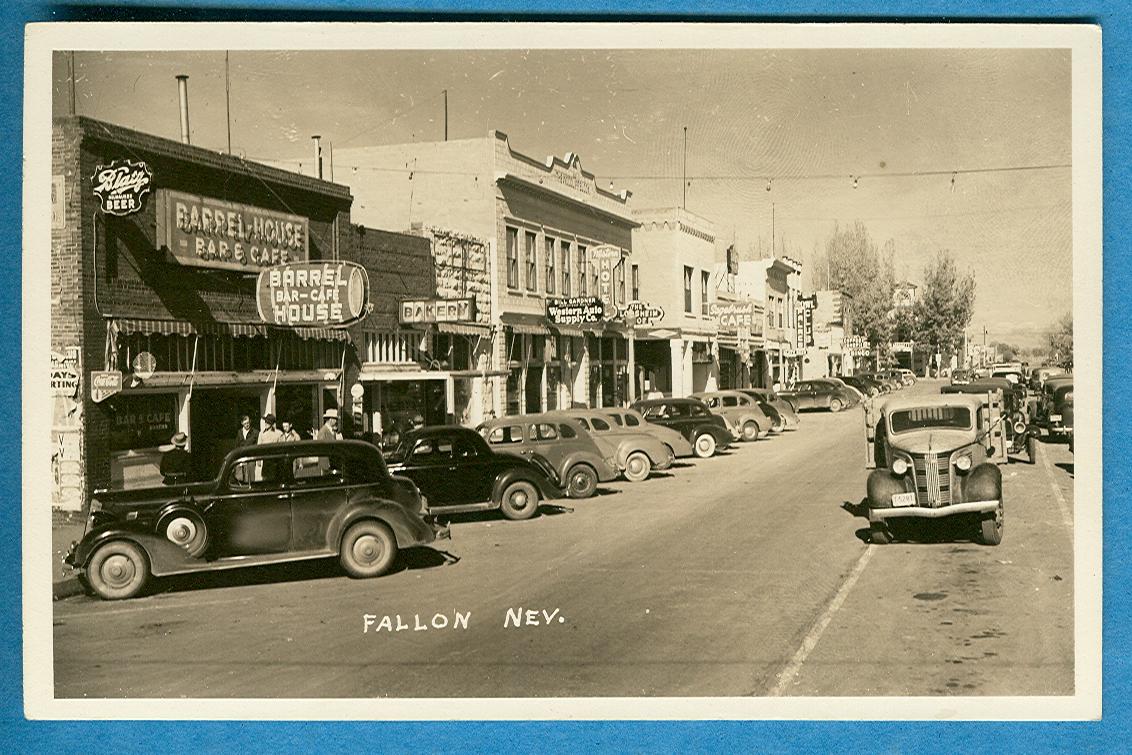 Some time ago I noticed that there were a lot of good postcard photos of Carson City floating around, and I was seeing Mark’s name next to them. So I got it in my head to contact Mark, see if he’d be willing to contribute a few of his postcards to the WNHPC and help build the collection. 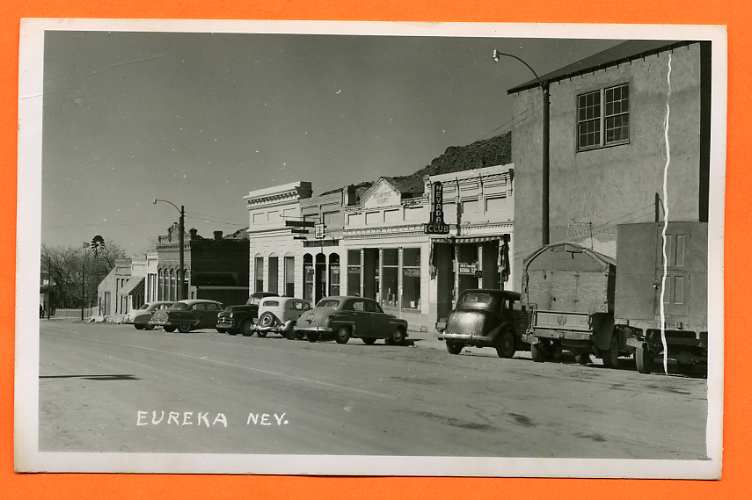 Mark’s response was pretty enthusiastic, and in fact instead of singling out his Carson City photos he said that he would just send his whole “Nevada file,” just to make things easier for him. I thought that sounded like a good idea. Because I’d get a whole lot of Vegas postcards that I could never use in the WNHPC, but they’d be fun to look at anyway. 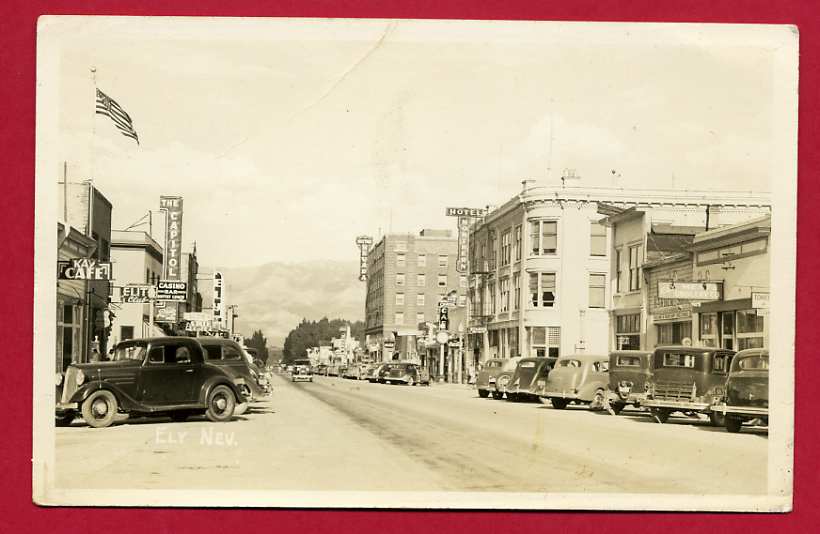 So anyway his disc arrived in the mail a couple of weeks ago, and I popped it in the computer to look at the pictures. It turned out that there were over 1,500 postcards on this disc, an absolute treasure trove of historic photos of Nevada casinos, bars, and downtowns. Yes there are a lot of photos of Vegas (around 500), but there are also entries for just about every little town in the state, great stuff that I’ve never seen before. All of the photos accompanying this post are part of what he gave me. 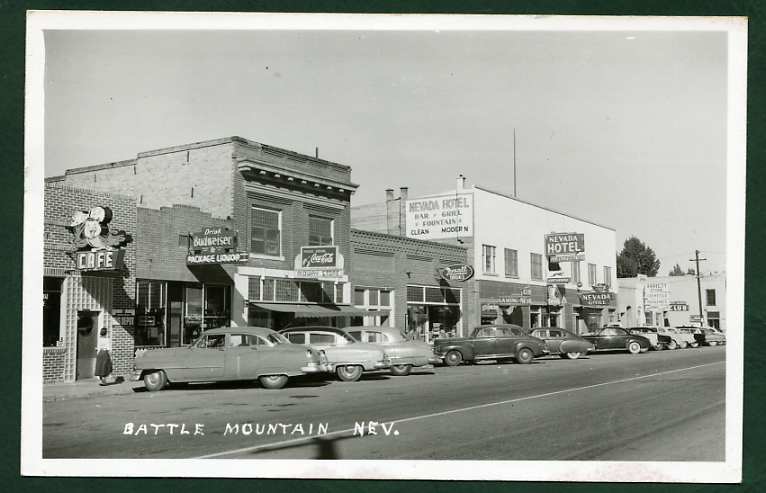 So now I have all these pictures, and it’s kind of a daunting task to organize them and add them to the WNHPC. But they’ll all get there eventually. This stuff is too good to keep secret. And the rest might end up on Flickr or somewhere.

And above all, a big thanks to Mark for sharing in the first place!