Nick of the Woods

In part of the Lawrence & Houseworth collection I came across these photos, and they jumped right out at me. This fellow is Nick of the Woods. It looks like a goblin that’s been encased in a tree, but really it’s just a super-weird knot sticking out of the trunk. 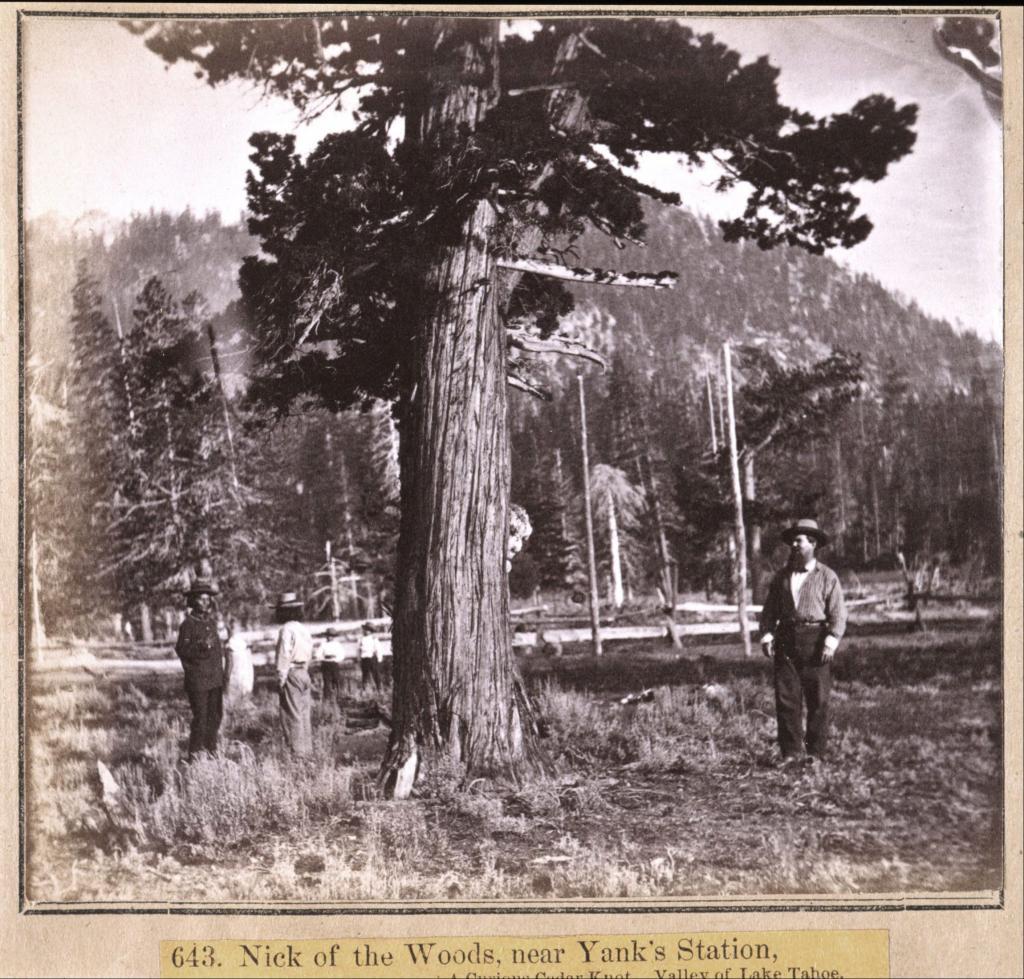 Nick of the Woods apparently was quite a tourist attraction in his day. He was located near Yank’s Station at Lake Tahoe, roughly in the present-day town of Meyers. In these pictures he’s collected quite a crowd. I can imagine the proprietors of the station telling all the travelers who stopped by to go round back and see old Nick. It certainly would be a fascinating diversion in the middle of your long trip, and anything beats climbing back on that horse or getting back in the wagon. These photos are roughly 145 years old, so I daresay Nick isn’t around anymore. He was probably felled either by beetles, or fire (maybe the 1938 fire that burned Yank’s Station), or the woodcutter’s axe. And if, by some stretch of man and nature, this tree still does exist up in the forest of Meyers, he’s probably grown out beyond all recognition. It’s too bad too, because we really don’t have a lot of weird stuff like this around here, and it would be good to have a place to take out-of-towners to give them a laugh.