Earlier this week I went out to Foothill Road on the west side of the Carson Valley. This road runs through Genoa, Mottsville, and Sheridan, and closely follows the route that the wagon trains to California used to take in the 1850s. Most of the towns over on that side of the valley started as trading posts and hotels that served the emigrants. And after the Transcontinental Railroad was built, the wagons stopped and many of the towns dried up. Only Genoa remains as an actual town still, the rest of Foothill Road is taken up with scattered ranches and, over the last few decades, affluent housing subdivisions. But if you look close, there are still remnants of the old Carson Valley still lurking. These are a few pictures I took during the drive. 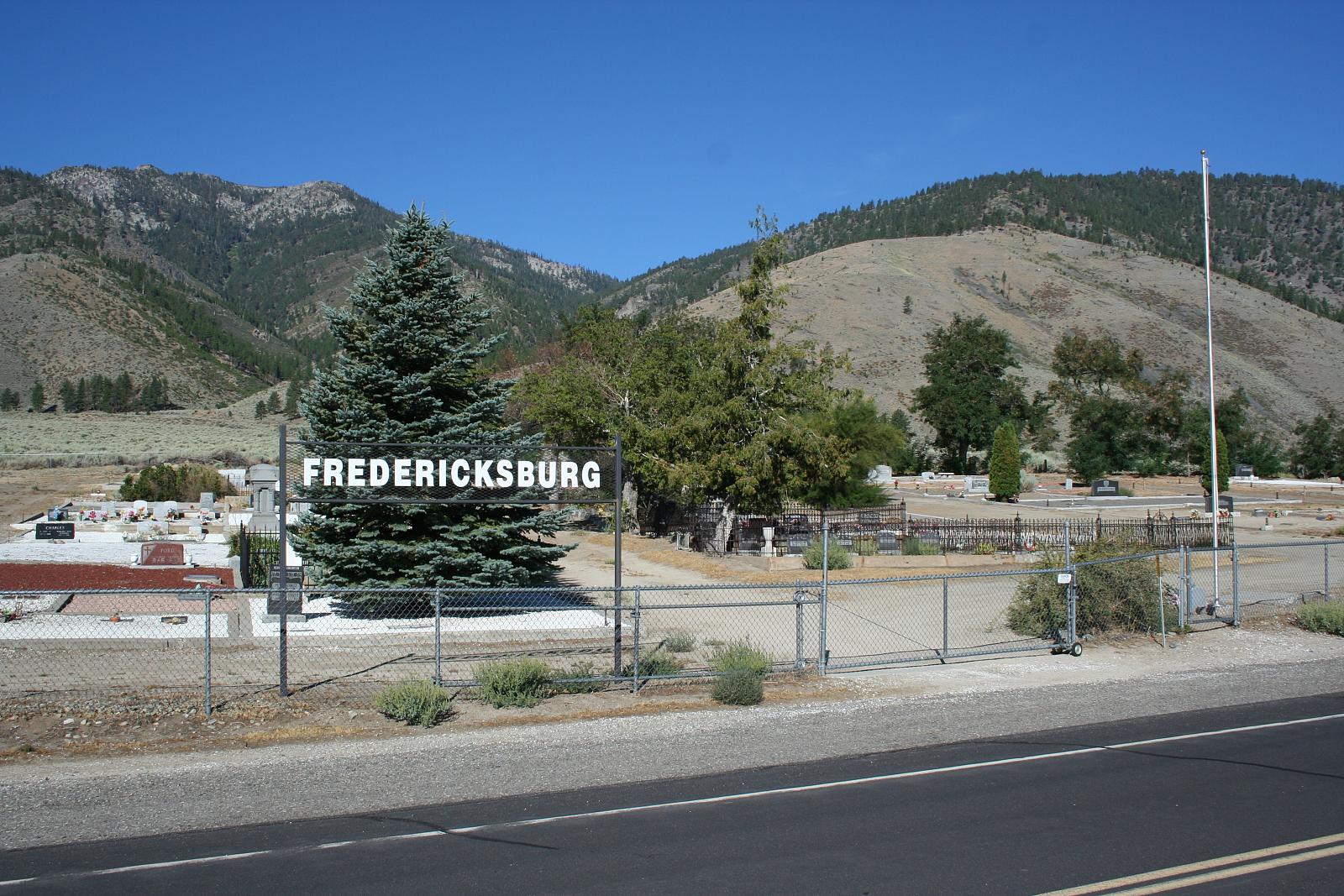 At the far south end of the valley is the Fredericksburg Cemetery. It’s so far south that it’s actually located on the other side of the California state line. I had no idea this cemetery was here until I drove past it on the road. Fredericksburg is one of those towns that isn’t there anymore; now it’s just a loose collection of ranches and houses. And this part of the valley is even less populated because it’s part of Alpine County, and most people who live in the valley would rather live on the Nevada side. 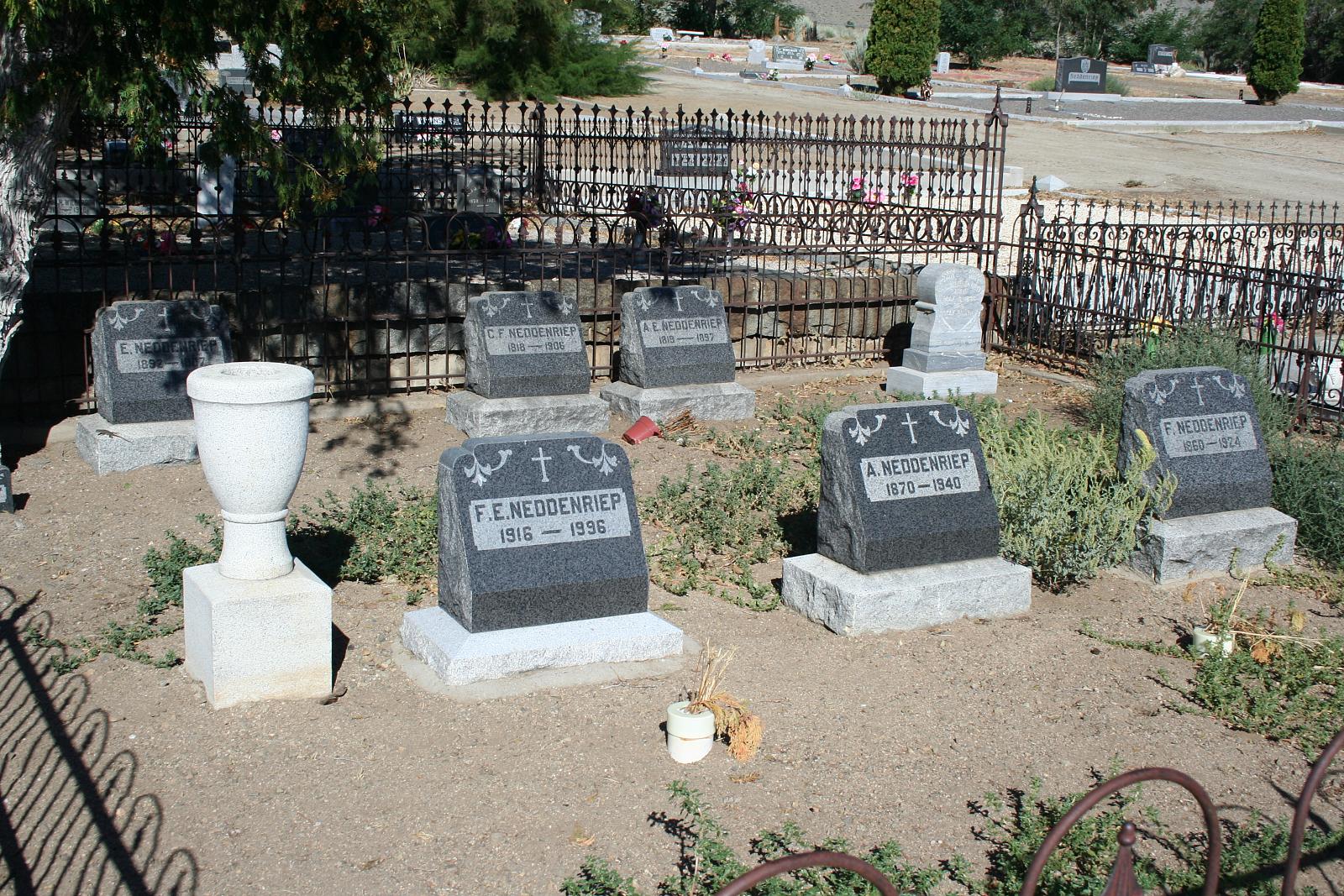 Fredericksburg was founded by German settlers who moved to the valley in the 1850s and 60s, and named for Frederick Brickerhof, one of the first to arrive. Several of the families moved here to the south end of the valley and settled into a life of ranching. This small cemetery is filled with the names of these pioneer families. Bruns, Gansberg, Bergevin, Heise, Bassman. In this plot at least four generations of Neddenrieps are buried together. 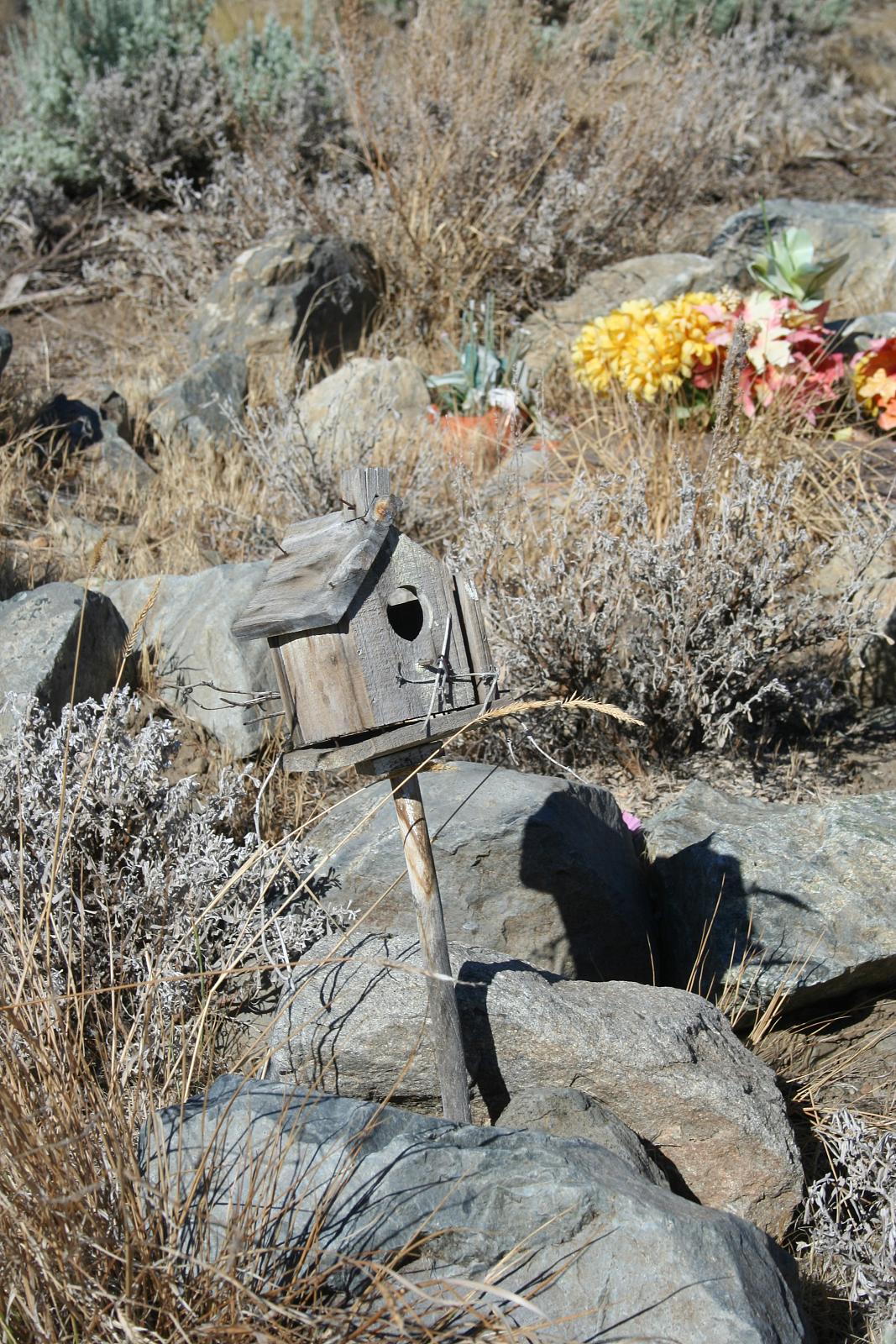 Parts of this cemetery are immaculately groomed and kept up, while others have weed-strewn graves scattered among the sagebrush. This weathered birdhouse decorates Robert Moxley’s grave. 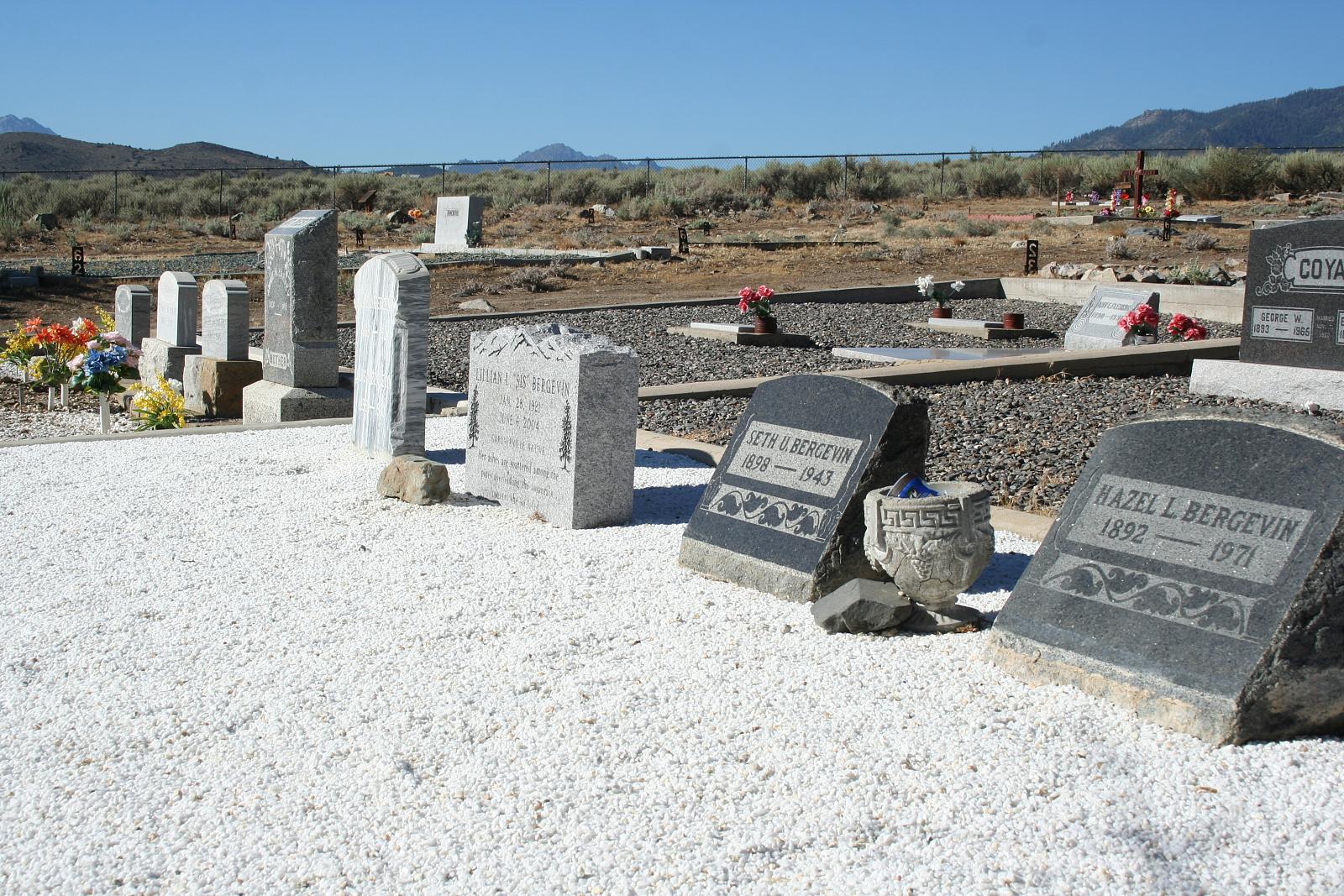 It’s a little unsettling to see headstones with no date of death on them. I think this means the person is still alive, but what must it be like to know that there’s a tombstone out there, with your name literally on it, just waiting for you? 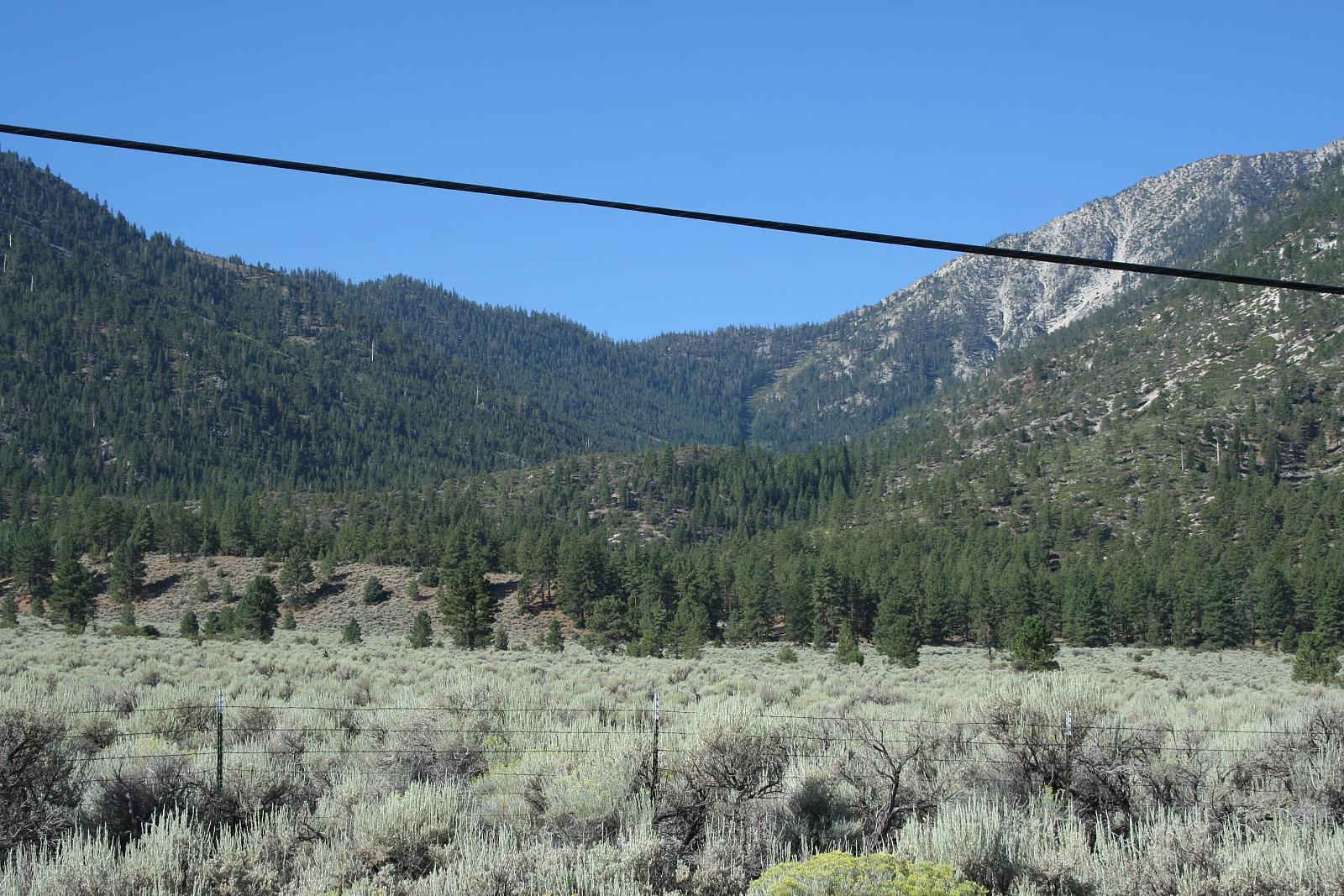 Up the road a bit we come to Horsethief Canyon, on the south flank of Job’s Peak. It’s so named because back in the days of the wagon trains, a few enterprising businessmen would steal horses from travelers in the dead of night, and lead them up this canyon to a meadow at the top. There they would stay for several weeks, fattening up on the mountain grasses, until they were brought back down and sold to other travelers.

The canyon is also called Luther Canyon, after Ira Luther who ran a sawmill there. 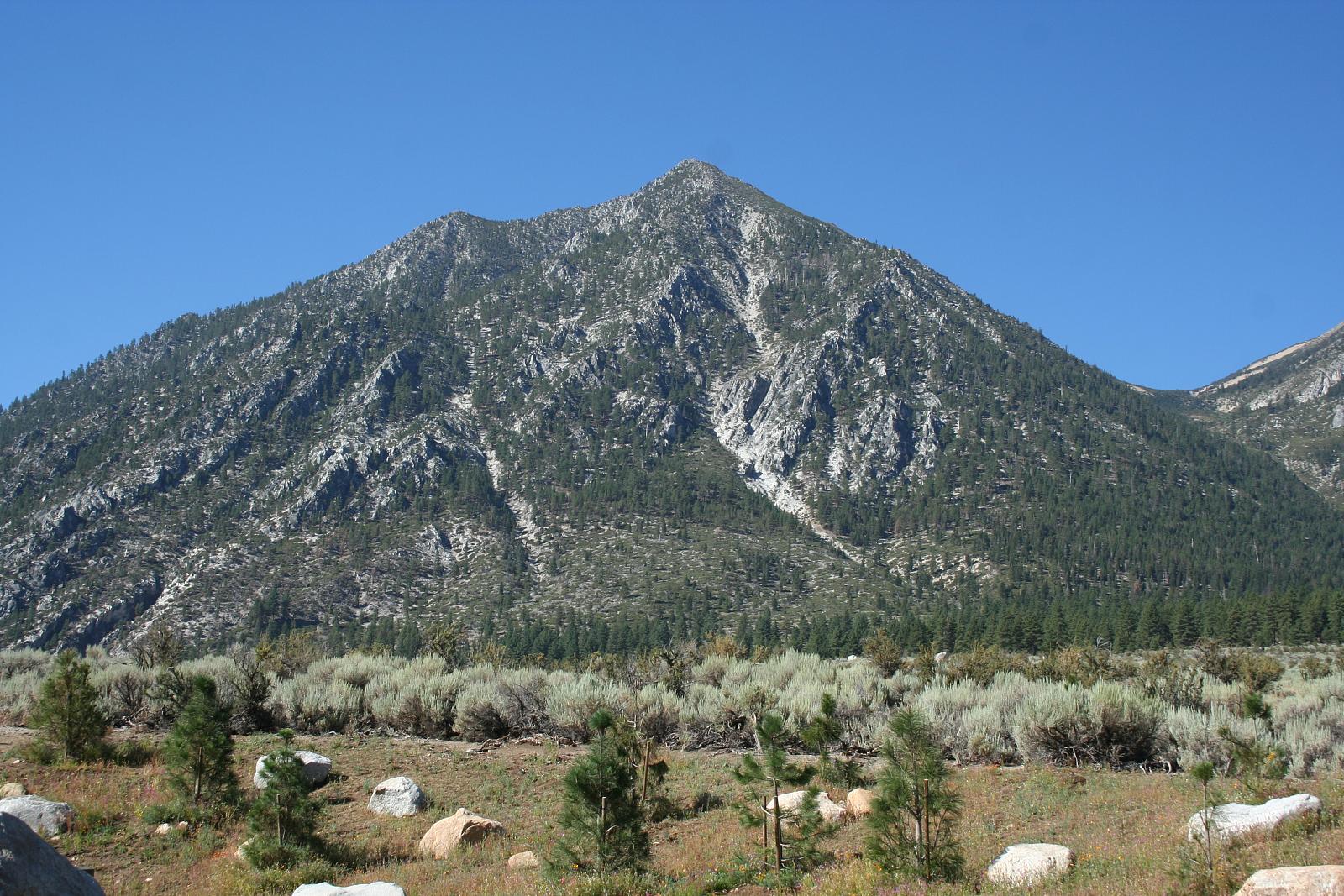 The mountains look a lot different from up close than they do from the highways in the center of the valley. This is the base of Job’s Peak, rising abruptly out of the valley. 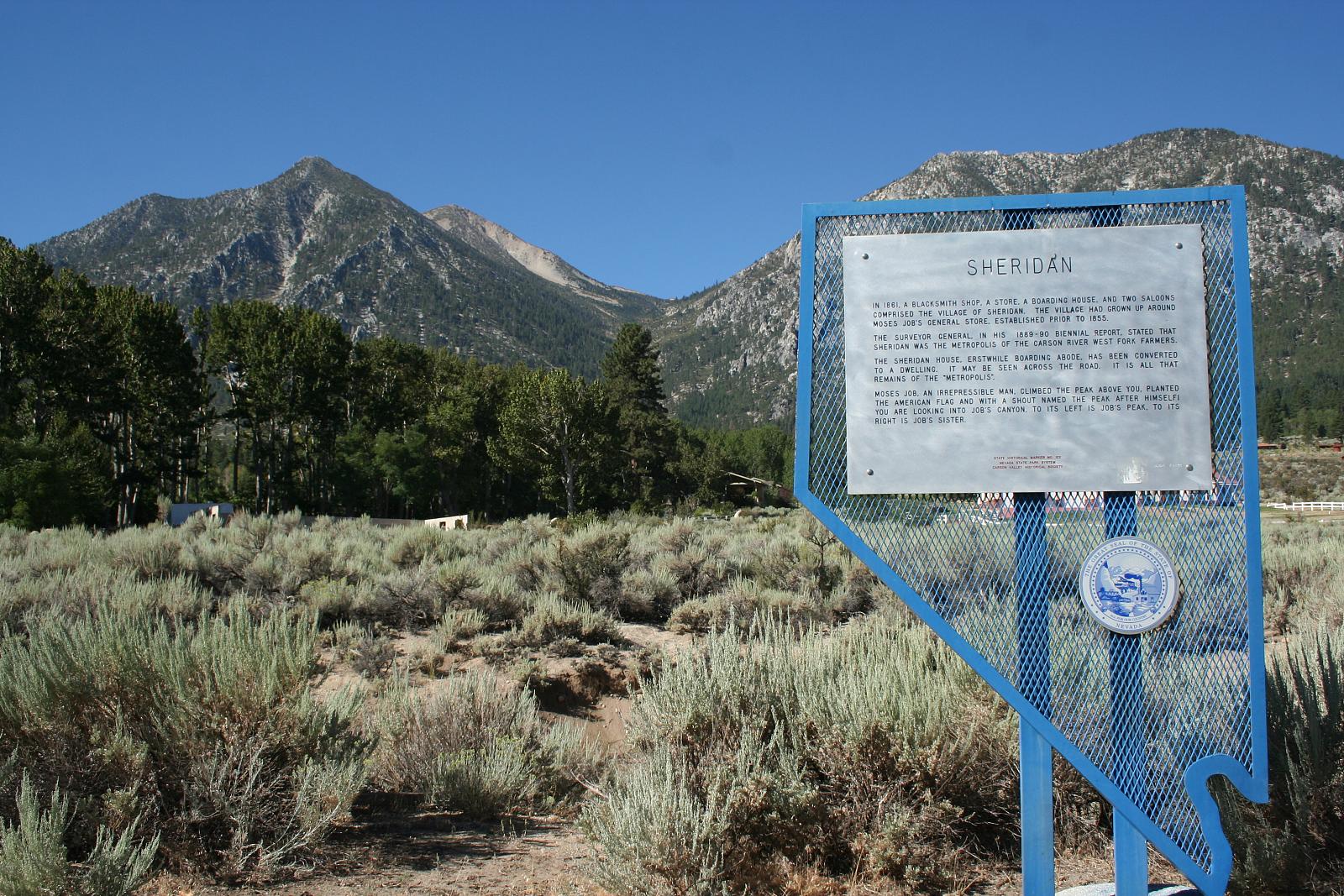 Job’s Peak was named for Moses Job, the first American to climb to the top. He ran a store here in the 1850s, and the town of Sheridan grew up around him. Once one of the largest settlements in the Carson Valley, it has now dwindled to nothing. There are plenty of houses along this stretch of road, but there is no “Town of Sheridan” anymore. 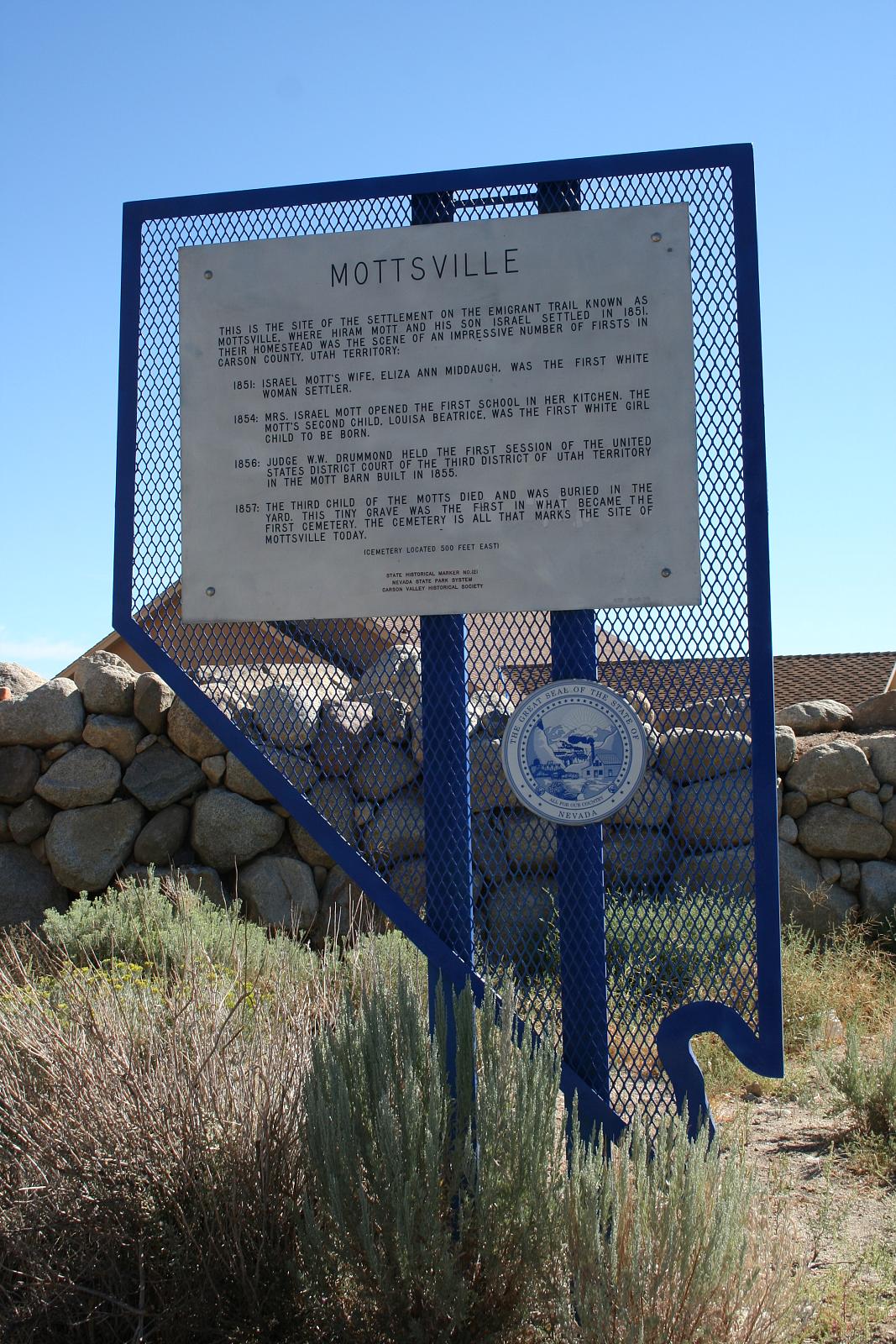 The same goes for Mottsville. Mottsville was at the intersection of Mottsville and Foothill roads, and the spot where Kingsbury Grade reaches the valley floor. This town was also settled in the 1850s, and grew up around the ranch of Israel Mott. And just like Sheridan, it’s now nothing more than a residential area, officially part of “unincorporated Douglas County”. 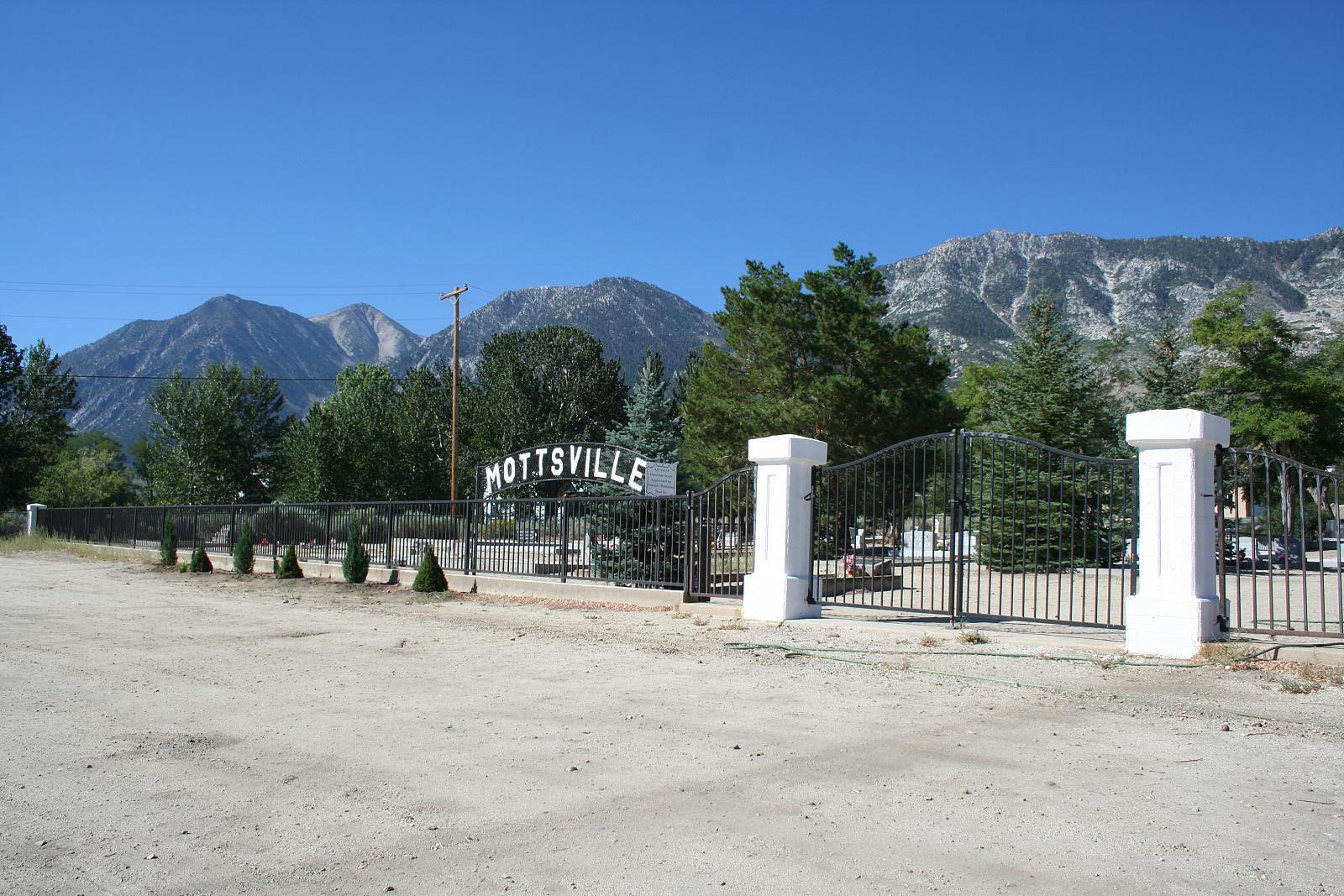 One remnant of Old Mottsville that still remains is the Mottsville Cemetery. Located on a back road off the highway, this cemetery was started when Israel Mott’s infant child died and was buried in the yard. Over the years more residents of Mottsville were buried here leading to a sizable cemetery. 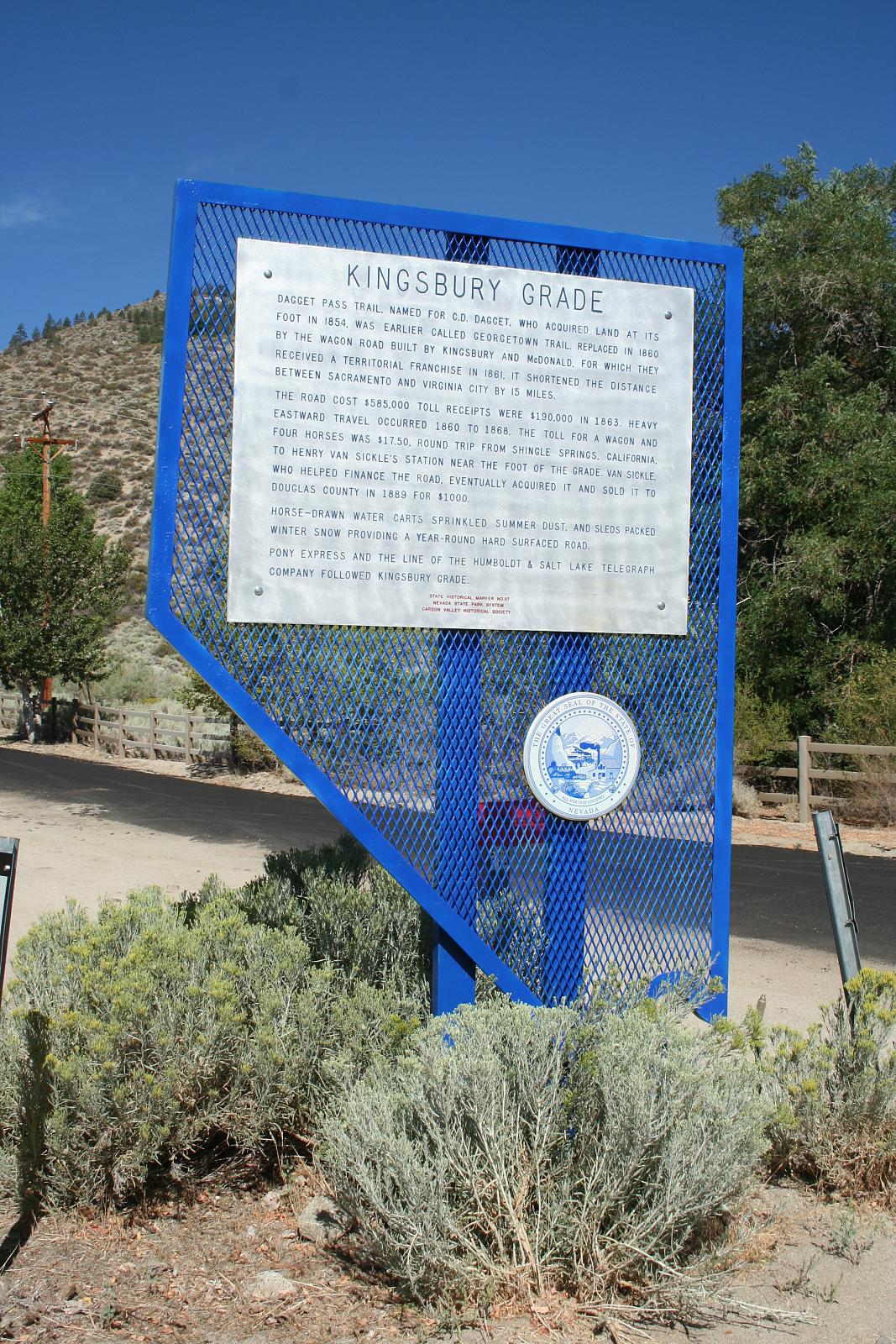 Everyone who lives in the Carson Valley is familiar with the Kingsbury Grade, the shortest route up to Lake Tahoe and one of only seven roads linking the Lake with the outside world. We all know the modern Kingsbury, which starts in Mottsville and follows a gentle grade up the hill with a minimum of switchbacks. But that was not the first Kingsbury Grade. The first one started here, three miles or so north at the intersection of Foothill and Muller. 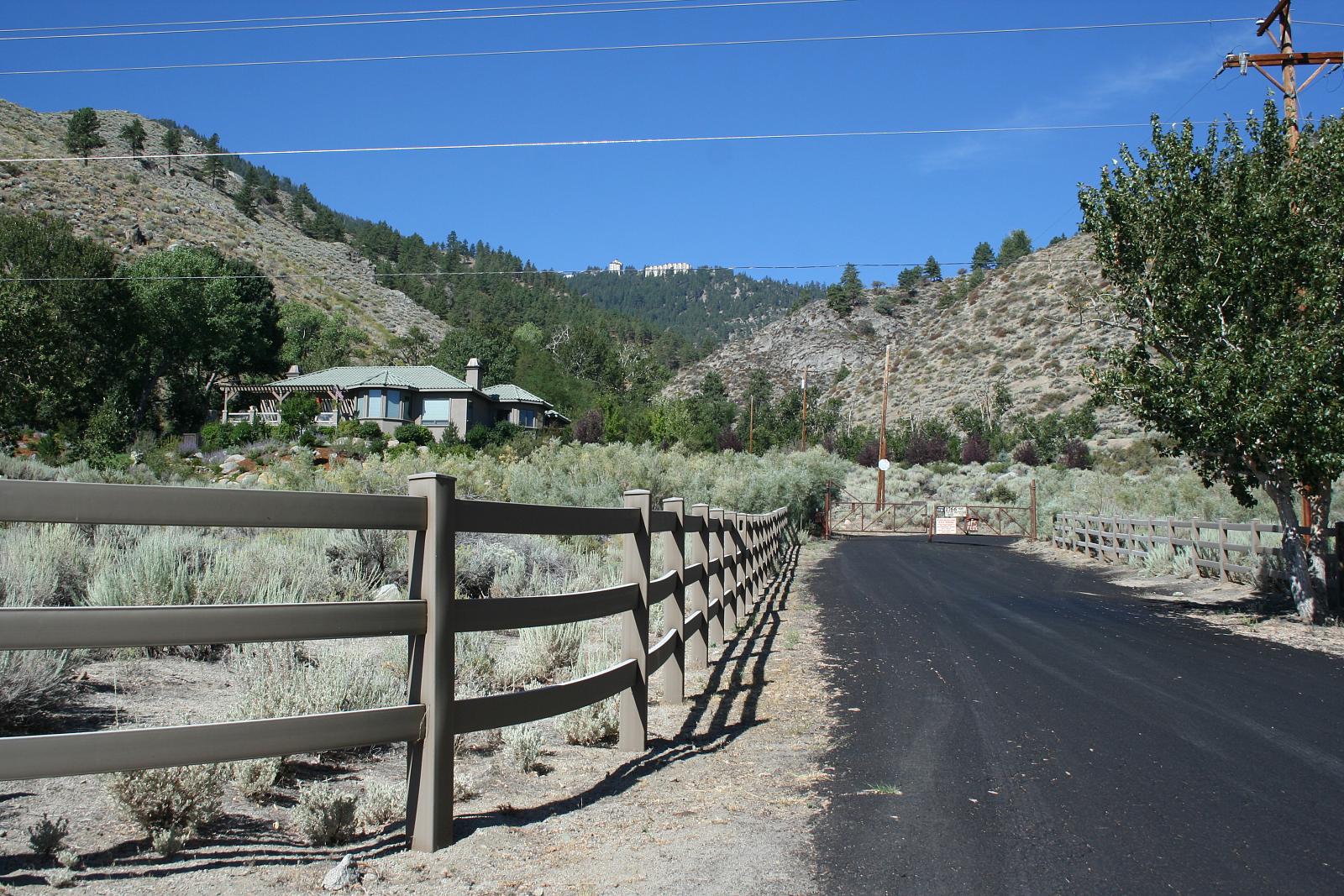 The route, built in 1860 with rudimentary tools, hugged the walls of this canyon on its way up to the summit. Originally just a horse trail, Kingsbury and McDonald graded and improved it to the point where a stagecoach could make the trip fairly comfortably. They also charged a comfortable fee for use of the road, but considering how much shorter it was to travel this way compared to the Woodfords route, most people gladly paid it. This was also the route the Pony Express took between Genoa and Placerville. 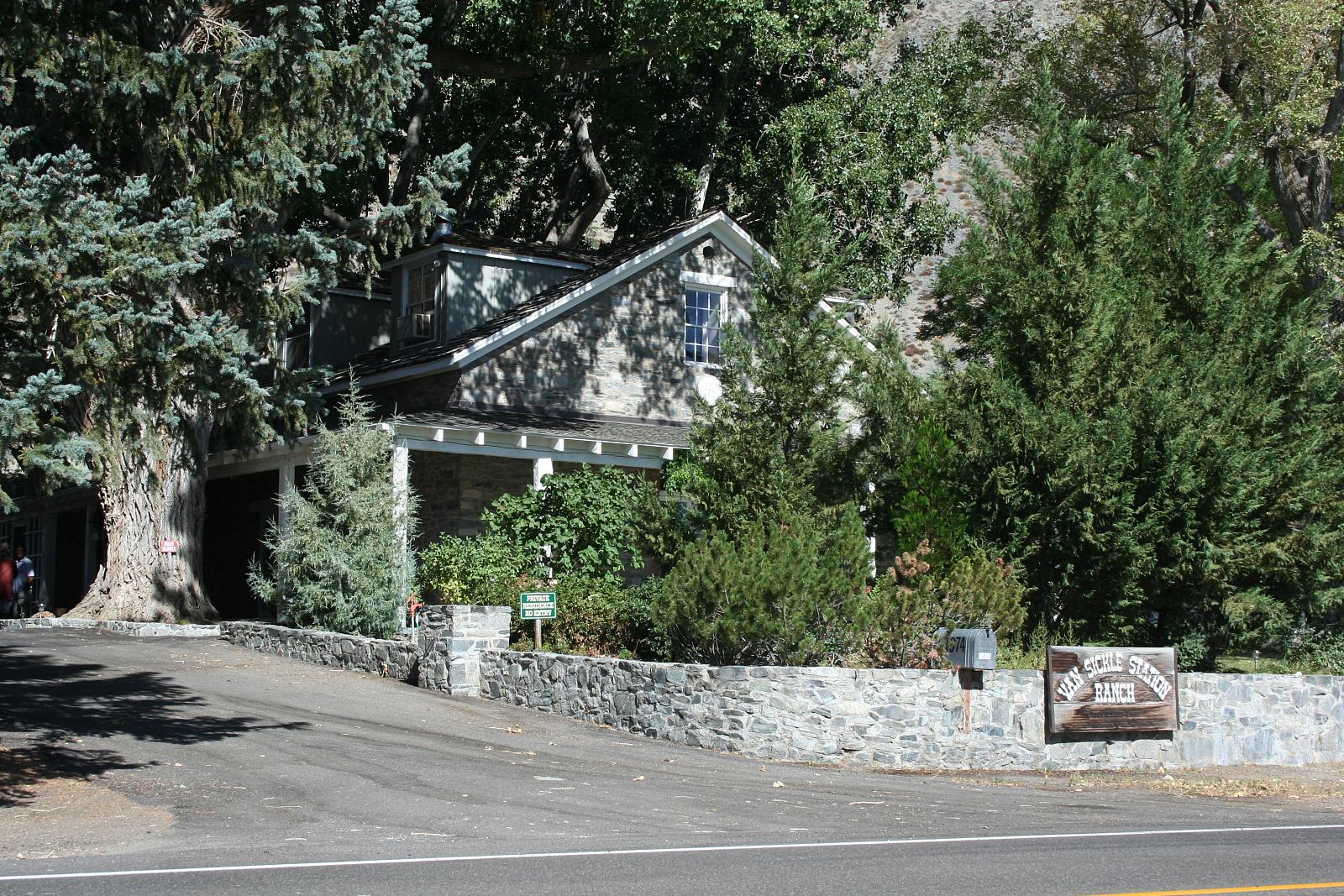 Just around the corner from Kingsbury Grade is Van Sickle Station. This was the home of Henry Van Sickle, who ran a hotel, restaurant, trading post, and stables here to cater to travelers on the Emigrant Trail. The station was built in 1857 and in its day was the largest hotel and stage stop in the Carson Valley. It was the last stop to rest and refresh your horses before heading up the mountains, and it was also a stop for the Pony Express. Van Sickle made a considerable profit off of stabling horses and mules to be used in pulling stagecoaches and freight wagons up Kingsbury Grade, but later on he bought the road itself so he could collect the tolls too. Henry Van Sickle was one of the first really successful businessmen in Nevada, and also became one of the earliest heroes when he killed the outlaw Sam Brown who had been terrorizing the Eastern Slope.

Van Sickle’s hotel was torn down nearly a hundred years ago, but several of the smaller buildings, like the barns, store, and blacksmith shop, have survived and been incorporated into this private residence on Foothill Road. The house still carries the name “Van Sickle Station”. 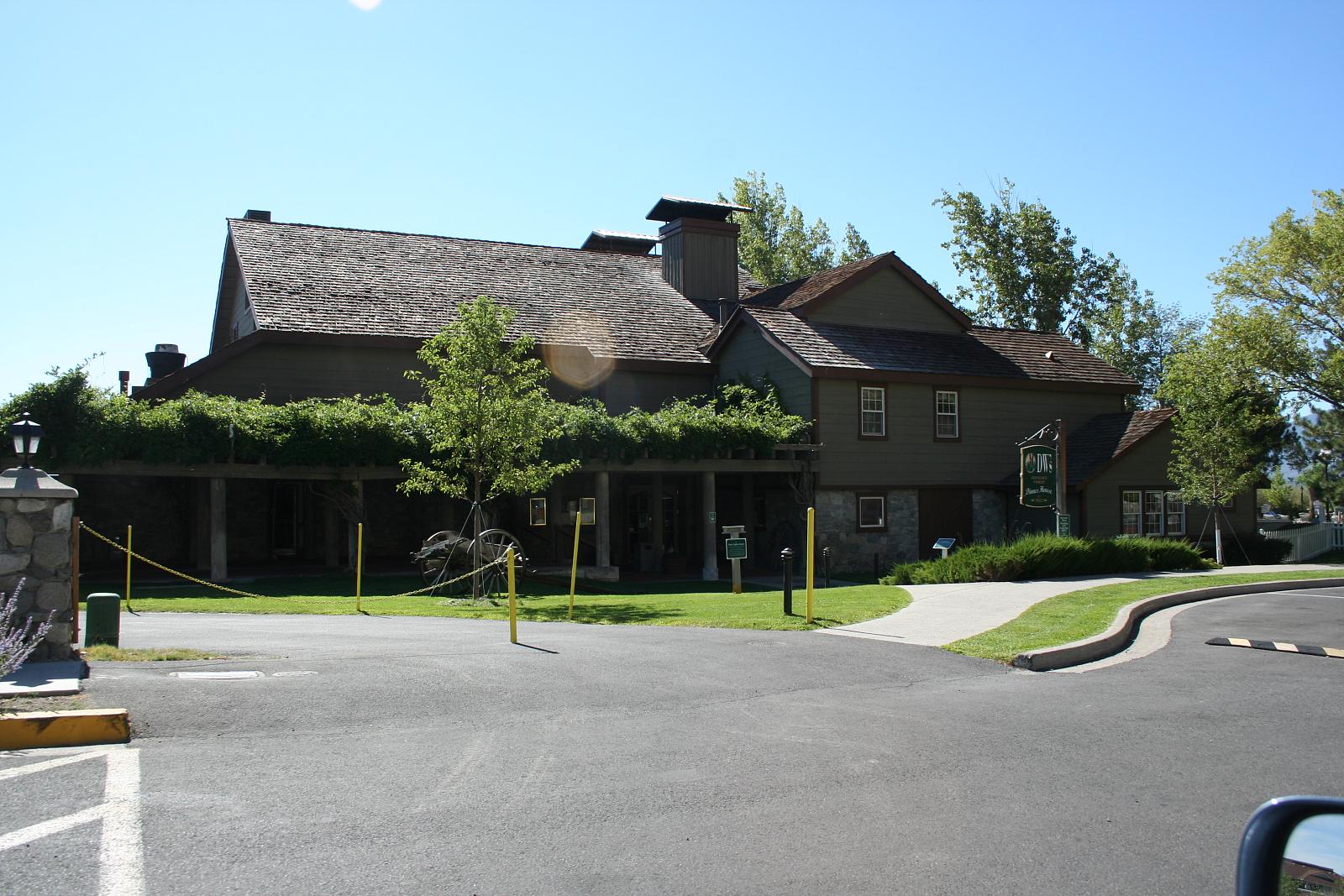 Just a bit north of Van Sickle Station an old fault line can be seen at the base of the mountains, and this fault brings hot water up from beneath the Earth’s surface. The water comes out here, at Walley’s Hot Springs. These springs were known in the earliest days of the Emigrant Trail as a good place to stop for a soak and relax before heading back out on the trail. In 1862 a settler named David Walley bought the land the hot springs sat on and started charging for a dip in the restorative waters. The business was a success, and today the site is home to a hotel, restaurant, day spa, and of course several hot pools fed by the same springs. 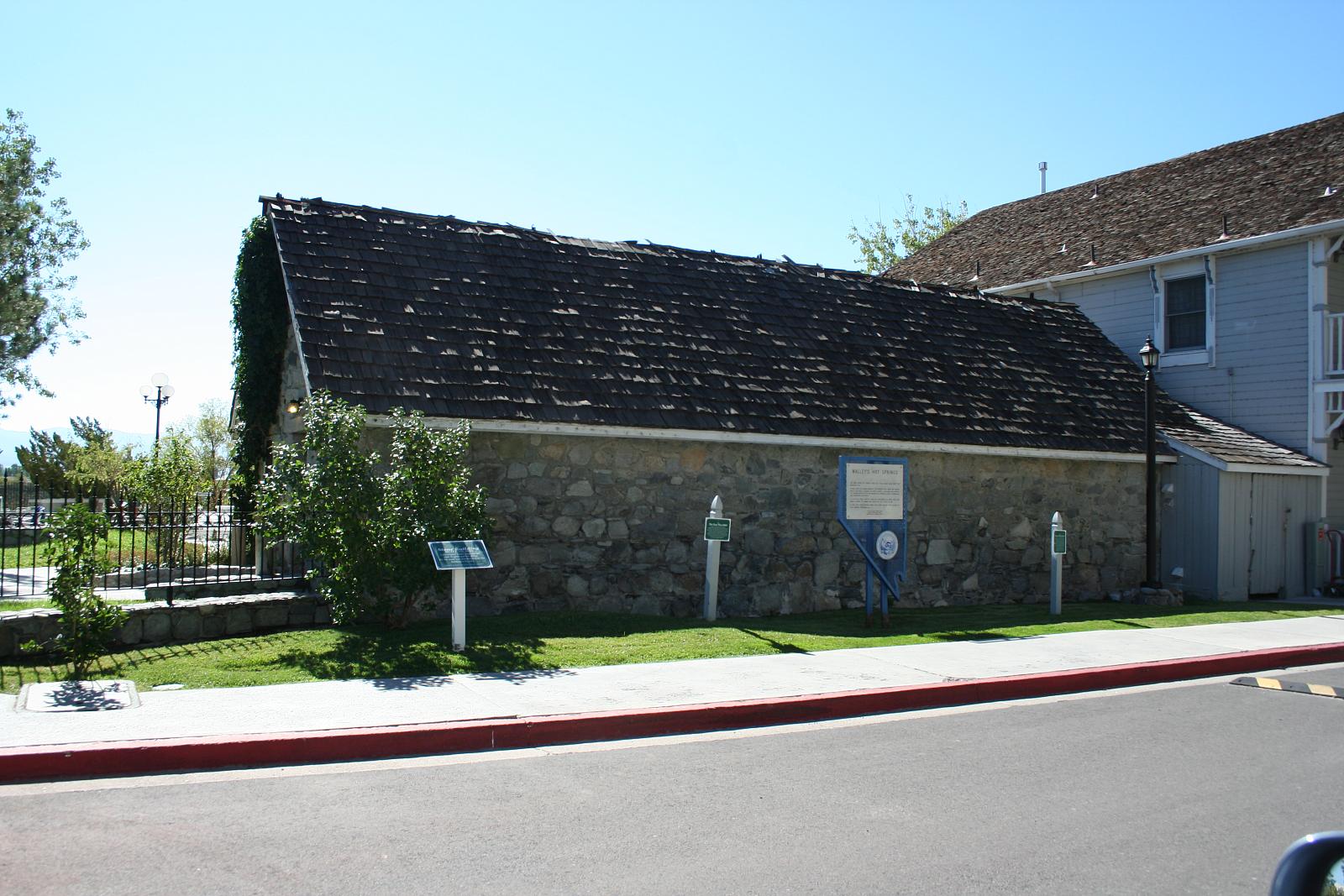 This building on the Walley’s property was built in 1890. It sits directly on top of the spring itself, and houses all the mechanical equipment that feeds the water to the pools. What used to be just a pond next to the road has grown into a high-tech operation, but it still all relies on Mother Nature heating the water for us. 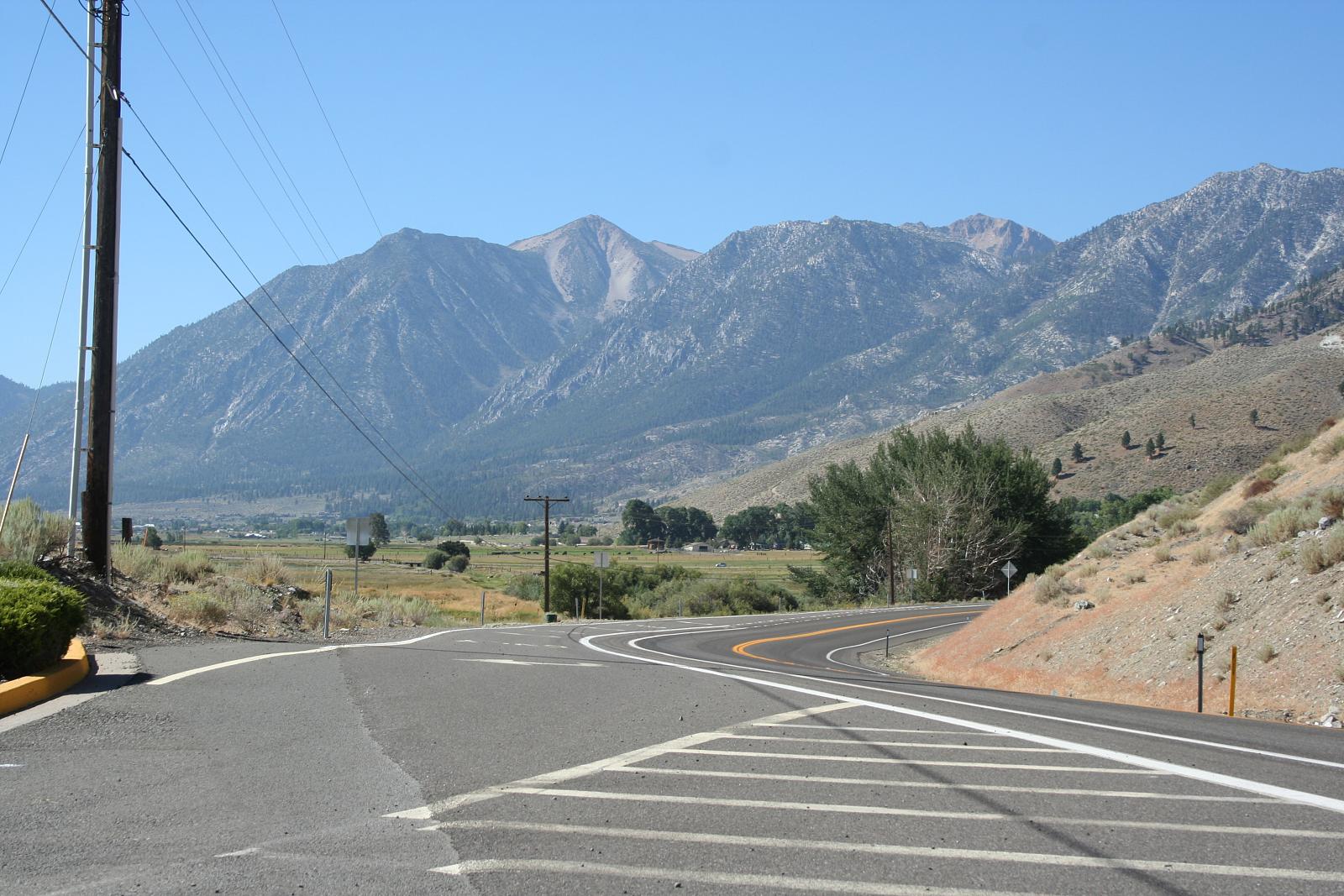 From Walley’s you can look back at Job’s Peak, its familiar bald dome laying bare in the hot August sun. From here it’s about 8 miles back to the town of Sheridan at the base of Job’s. The whole Carson Valley is about 20 miles from tip to tip. 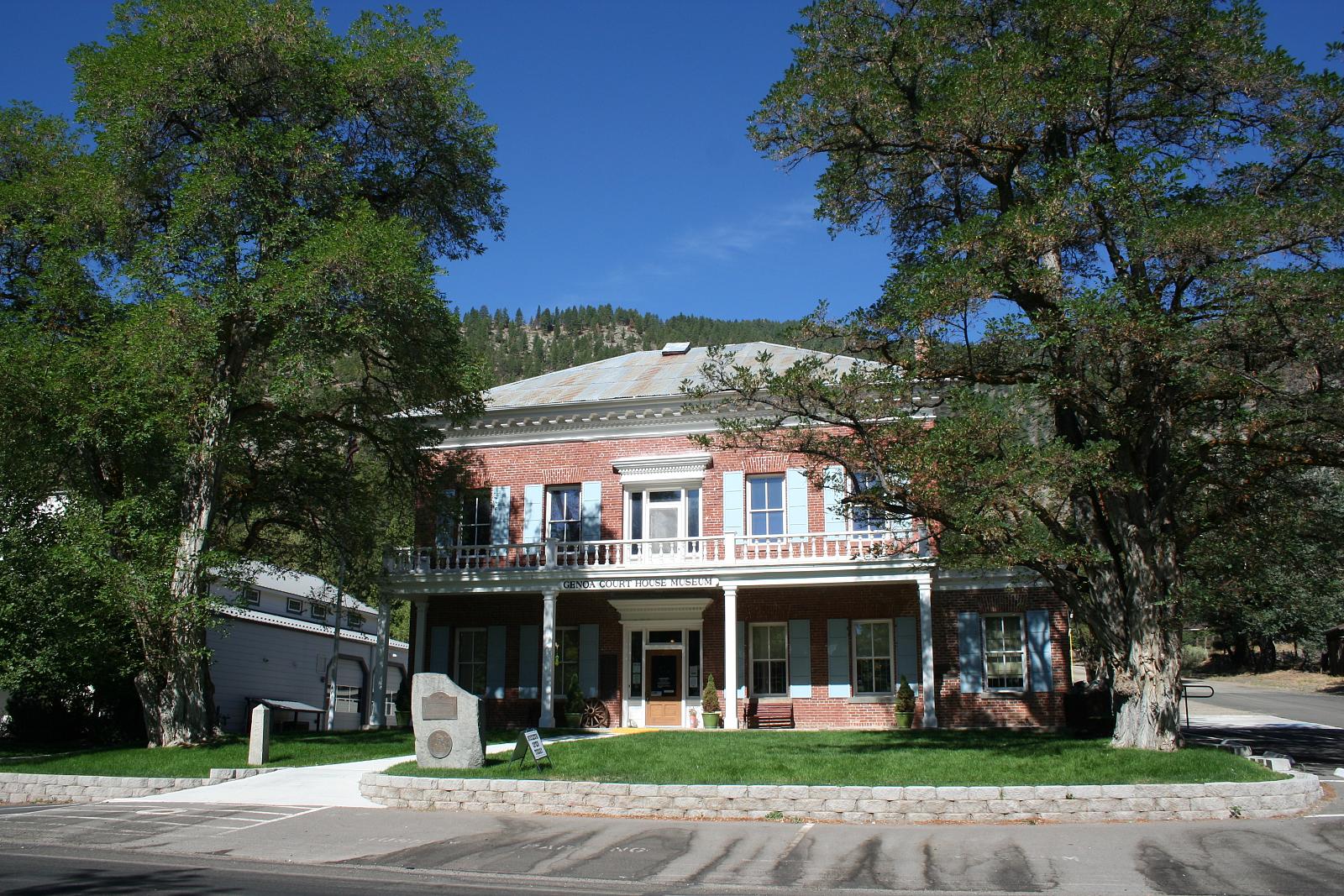 Founded in 1851, Genoa was the first permanent town in Nevada (although don’t tell that to the folks in Dayton). For the first ten years, until the rise of Carson and Virginia, it was also the largest town on the Eastern Slope and at one time was considered a natural choice for the capital of Nevada. Even though it never was the capital, it was the county seat of Douglas County until 1916, when that honor followed the population shift to the center of the valley and moved to Minden. This building was the old Courthouse, built in 1865. It was badly damaged in 1910 by a fire, which also devastated much of the rest of the town. It was rebuilt, and used as a school until the 1950s. Now it is a museum displaying the history of Genoa and early Nevada. 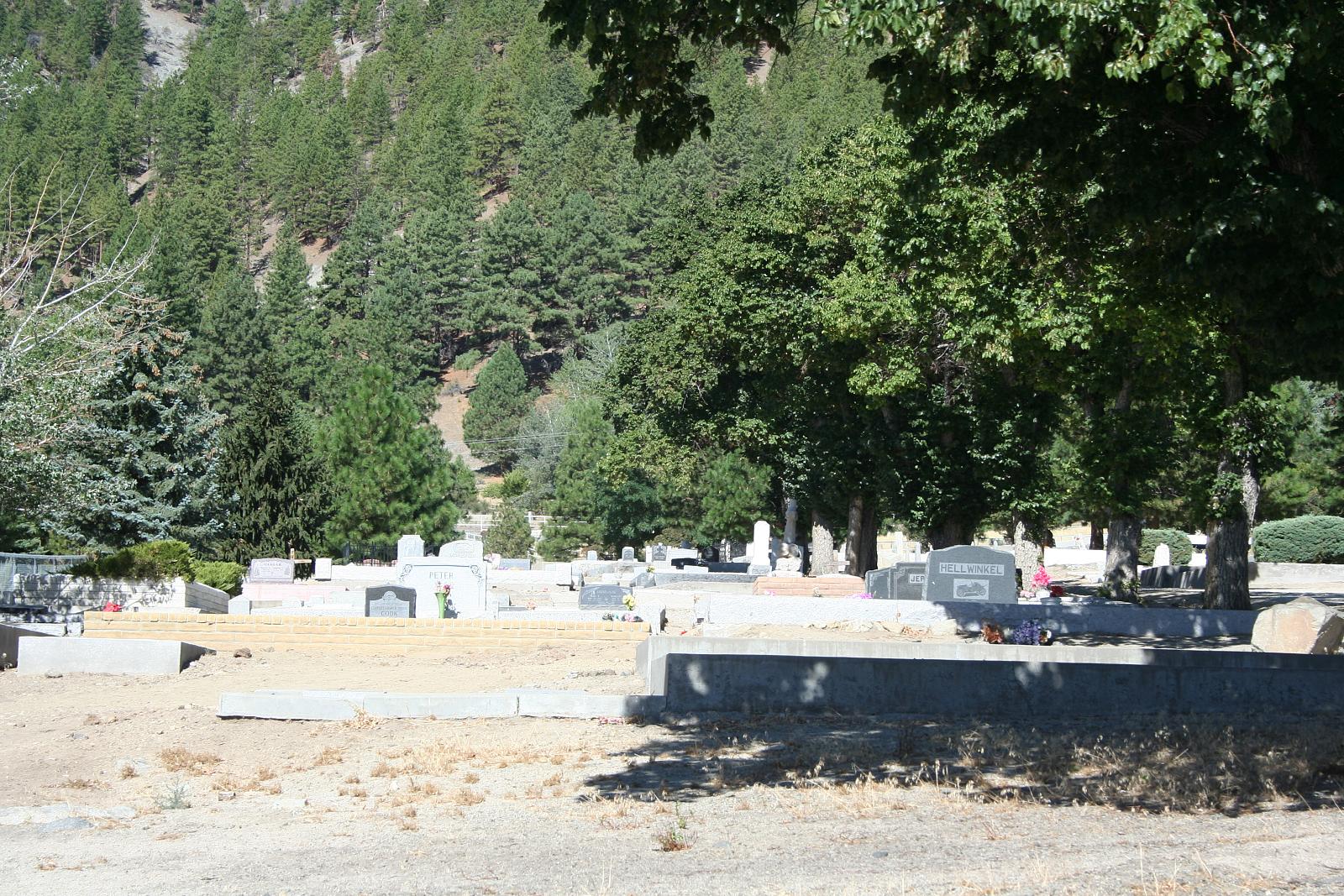 A bit up the road is the Genoa Cemetery, laid out right at the base of the mountains. The biggest of the three cemeteries on Foothill Road, many of the pioneer names in the Nevada history are buried here, including Henry Van Sickle.

The original Mormon Station, which was the first permanent residence in Nevada, was built very near to where the cemetery is today. A second Mormon Station was later built in the very center of Genoa, and that’s the one that was rebuilt as a replica and is now a state park.

To the north of Genoa Foothill Road runs through scrubby desert lands, where there weren’t many houses. There still aren’t, but some developers have been trying to build subdivisions up that way. The road then runs into Jack’s Valley, and curves to meet Hwy 395 by the Target shopping center at the top of Indian Hills. It’s a nice drive if you find yourself with some free time one day.