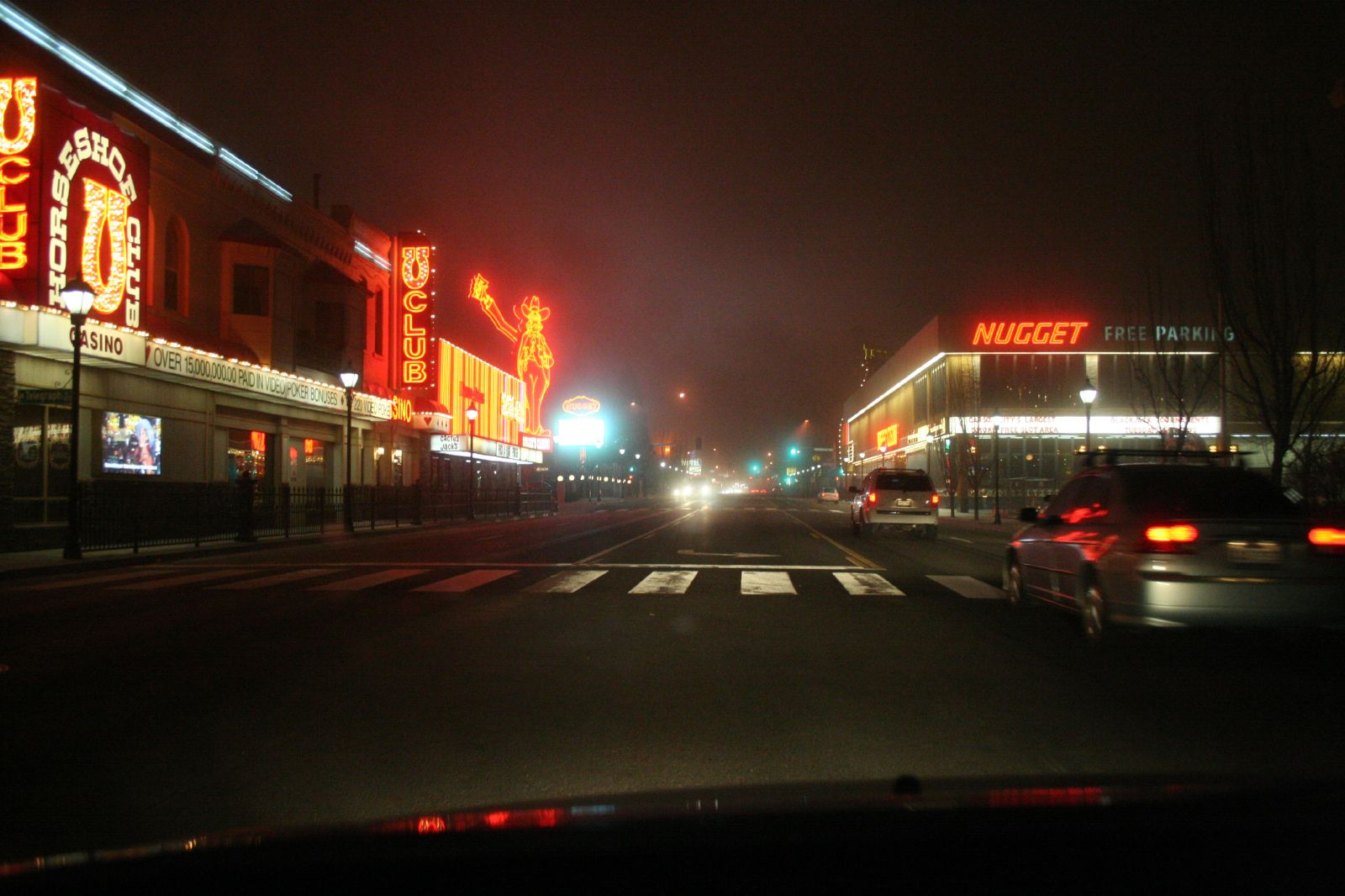 They’ve been threatening fog in the weather reports for a few days now, but it wasn’t until last night that it really rolled in. We don’t get fog here very often, so it’s a real treat when it happens. 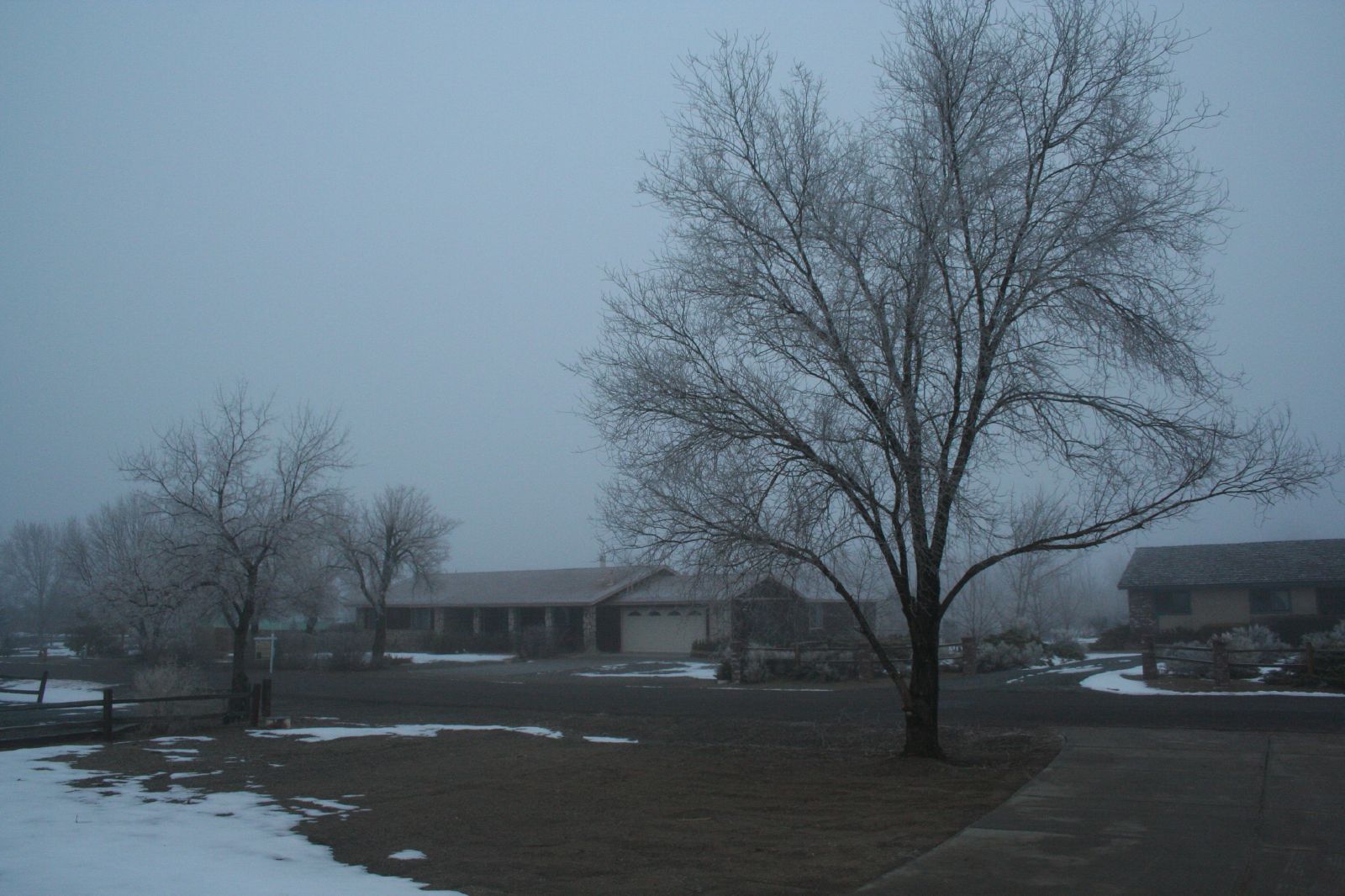 Another treat that we don’t get very often is pogonip. This rare and wonderful substance doesn’t make an appearance every year; the conditions have to be just right for it to form. Fog; stagnant air; freezing temperatures. These three combine to create a condition where the fog actually crystallizes and attaches itself to tree branches. Also known as freezing fog, pogonip comes from the Shoshone word for “white death”. 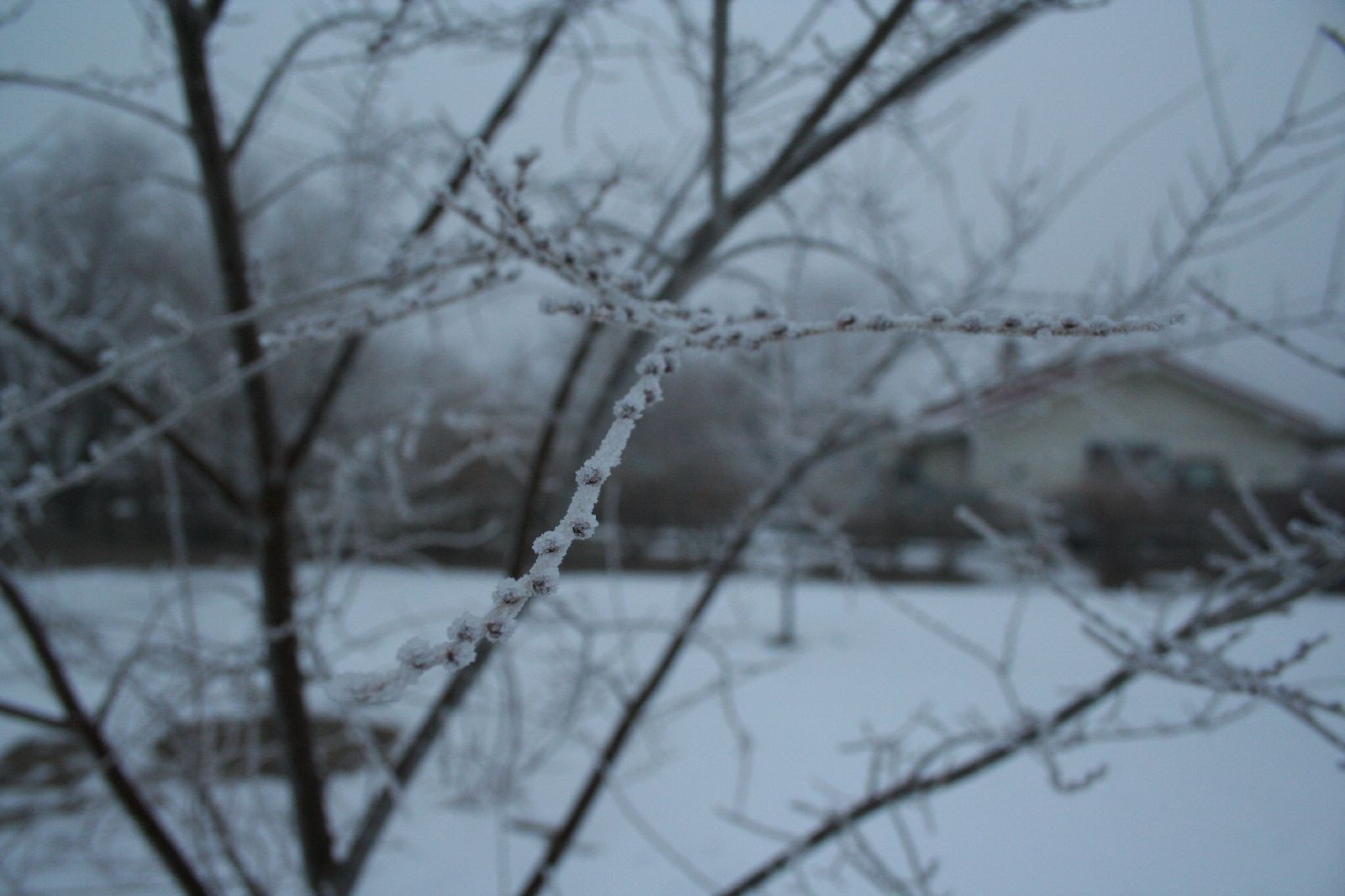 It looks like today the Carson Valley got pogonip, but Carson City missed out. Must not have been cold enough, or the fog wasn’t thick enough. And even the little bit that we got in the Carson Valley pales in comparison to what we had back in January 2005. If you were around back then, you remember that the fog rolled in and didn’t leave for eight full days. Every day we woke up to a frosty coating of pogonip covering every surface. And every afternoon it would melt, and the fog would peel back a little, only to reform again as soon as the sun went down.

That was before I started Around Carson, but I did put up some pictures at my other blog. You can find them here and here and here.