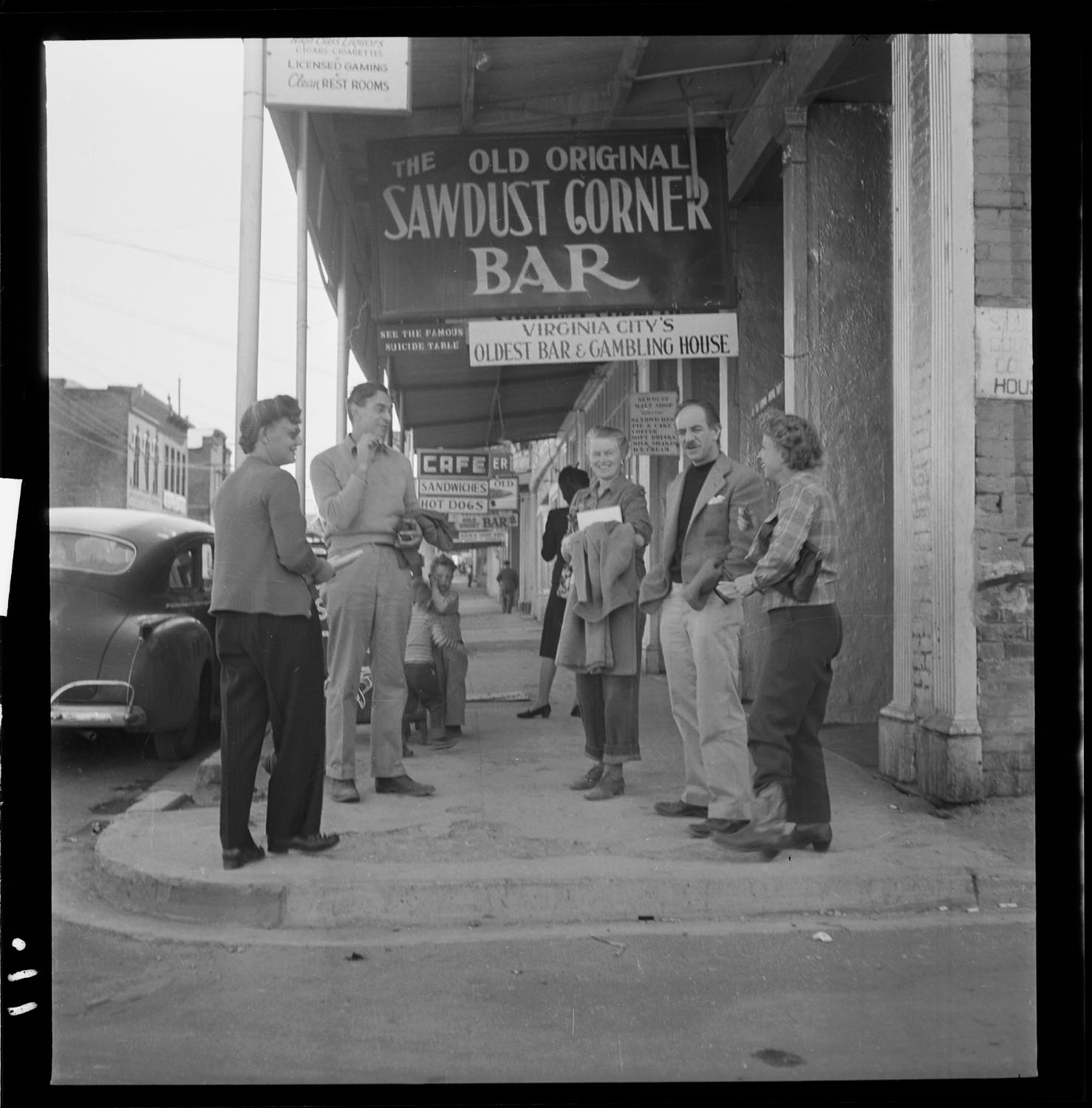 You see, there have always been tourists in Virginia City. This picture was taken sometime in the 1940s, and it comes from the Johan Hagemeyer Photograph Collection. Johan was a photographer from San Francisco, and here it looks like he and his friends came up to the Comstock for a day or two. What’s funny is how out-of-place they look; you can tell these are city people out for a jaunt, and not VC natives reminiscing about their days in the mines.

You can also tell by the picture that even in the 1940s Virginia City was catering to the tourist trade. The signs back then were much the same as what you’ll find now: sandwiches, hot dogs, clean rest rooms. And the Suicide Table was on display even back then, hoping to draw people in with a lurid name and get them to stay for some gambling. This was 60 years ago, and you’d be hard-pressed to find many differences between then and now in Virginia City. Sure, a few buildings have collapsed, new ones were built, stores have come and gone, but the character of the town is the same. An Old West town, catering to visitors who want to relive the Old West.

I think Virginia City has been in the tourism game far longer than it was in the mining game. But unlike mining, the tourism boom shows no sign of stopping; it just grows bigger and bigger. These five tourists may be gone, but there are thousands more just like them, even sixty years later.

Go and check out the big version of the picture.