How many accidents do you need before an intersection gets a stop sign? Apparently, dozens. For years and years and years, this intersection at Minnesota and Telegraph, on Carson City’s west side, was only lightly controlled. Telegraph had the right of way, and Minnesota had a Yield sign. Just a Yield sign. Half the drivers on the road today don’t know what a Yield sign means, because they never come across them. They see the sign, and by the time it’s processed in their minds what it might mean, they’re already in the middle of the intersection.

So you can imagine the number of accidents we’ve had at this intersection. From fender benders to major crashes. And every one of them, every one, was because a car on Minnesota didn’t stop at the yield sign, didn’t even slow down and look around the blind corner, and just plowed through at the same time someone else was making their way down Telegraph. Over and over it happened. Antifreeze and oil were permanently stained on the pavement, along with skid marks of all sizes. It got to where you’d hardly even look up if you heard squealing tires, you’d just brace yourself for the crunch you knew was coming. 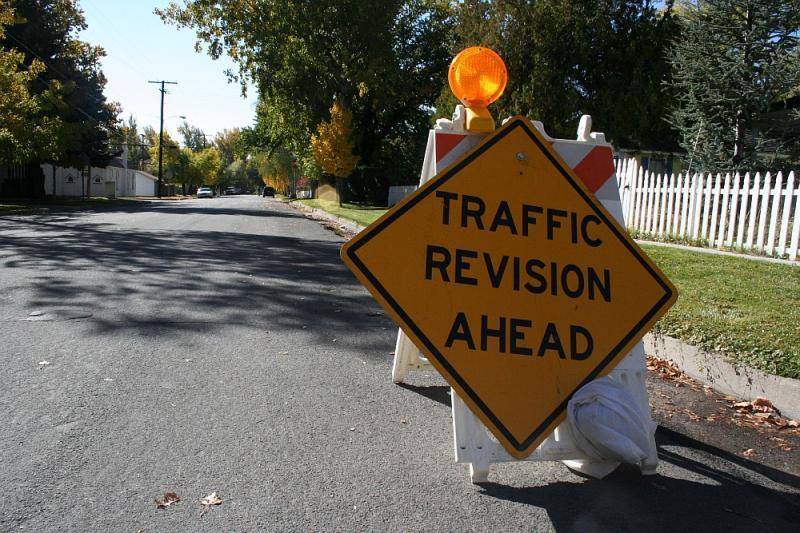 So what was the precipitating event that finally pushed the city to install stop signs on Minnesota Street? I have no idea. But the real question is, why weren’t they installed in the first place? Similar intersections in the neighborhood have stop signs, even ones on Minnesota. But this rogue Yield made it into the mix. Did the stop signs cost more than Yield? Were they worried about lost productivity from people having to make a complete stop? It’s baffling to me. The only thing more baffling is why some other intersections, like ones along Spear and Caroline, have no controls at all. Just a four-way free-for-all. Now that’s scary.

So the stop signs were put up last week, and that should cut down on the accidents big time. Of course there are still jokers who will run the signs, or stop and then pull out in front of an oncoming car anyway. But those old accidents, where both people think they have the right of way and are expecting the other car to stop, should be long gone.