It’s not really a “surprise” storm, because we were warned that it was coming. I think the real surprise is that the weathermen were right. “Snow?” I scoffed. “I’ll believe that when I see it.” 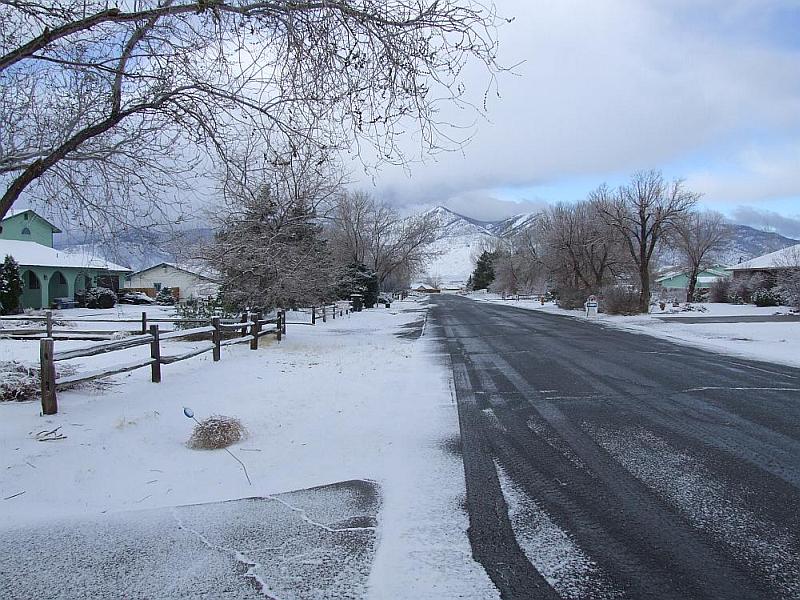 Around here the default setting is sunny and hot. That’s what we get ten months out of the year, is sunny and hot. Summer comes just as soon as it’s possible in the beginning of the year, and sticks around as long as we’ll let it. That’s why we were seeing highs of like 80 degrees just a couple of weeks ago. We skip right over spring. Summer starts in March around here.

And on top of that is all the disappointment that comes from living in a rain shadow, where you get to hear about all the snow storms and rain storms that are coming your way, and you get to watch the mountains get shrouded in clouds, but the storm never makes it that last few miles. It never hops over the hump and shares its moisture with the valleys. So that’s why, even when the weather report says it’s going to rain, or says it’s going to snow, I never believe it. I don’t believe it in December, and I don’t believe it in March.

But sometimes it surprises you, and even in the face of all of those obstacles you get snow in summer. Like we did today.