Boy, we sure aren’t getting a break this fire season. The last smouldering embers of the Jackass Flats fire aren’t even out yet, and already we’ve got another big one on the horizon. This time it’s the Six Mile Fire (or “Six Mile 2”, actually. …What’s that? The sequel?) It’s burning northeast of Dayton in the Six Mile Canyon area. At least that’s the best I’ve been able to figure out from the RGJ, since the Nevada Appeal has nothing about this fire on thier website right now. Even though it’s been burning for at least seven or eight hours. I’m especially thrown off by the Nevada Appeal’s omission. They’ve been so good this fire season at putting out breaking news bulletins whenever a fire flares up, but this time there’s silence. Maybe the breaking news people don’t work on the weekend. So I guess we’ll have to wait until tomorrow to read yesterday’s news. As usual. (Don’t get me started.) 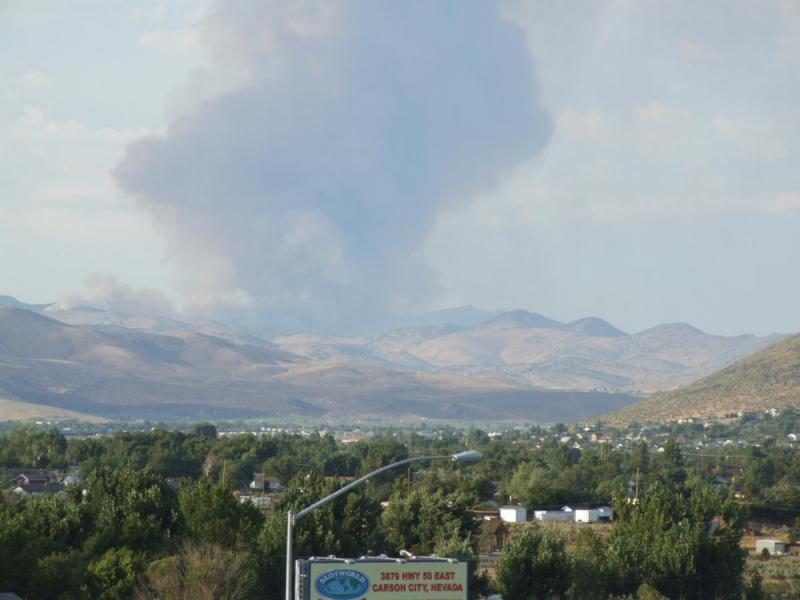 You always worry when these fires start up in the Comstock area, since Virginia City is little more than a pile of dry kindling sitting on the side of a hill. They haven’t had a Great Fire up there since 1875, and I guess we’ve got enough in the way of fire supression technology to prevent the entire town from burning down. But if one of these fires really picks up steam and comes charging over the hill, VC could really get singed around the edges and a lot of history could go up in flames. So let’s hope they’re able to get a handle on this fire before it gets too out of control.