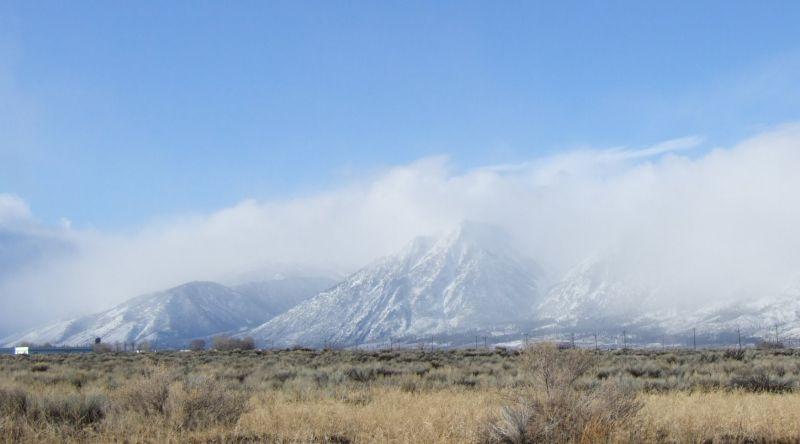 I guess it’s better to be prepared when nothing happens than to be surprised when something happens. And that’s probably the reason the local media has been bombarding us with news and alerts for the past five days about this killer storm that’s coming in, and the flood warnings, and the sandbag locations, and what to do if there’s high water. Because when they were telling us all of this on Friday, and it was sunny skies with some of the warmest weather in months, it didn’t seem like it had a chance of happening. But that’s the point, they say. You need to prepare before it starts. But then yesterday was the big day, and the rain had started falling Sunday night, and all the Reno news stations had camera crews camped out by the river, and reporters were filling sandbags during the commercial breaks, and the funniest part of the joke is that the storm wasn’t that bad. It rained for about 24 hours before drying up, and then this morning the blue skies came out. Which, maybe around here 24 hours of rain is a big deal. But in someplace like Seattle, that’s a slow day. And yes the rivers did rise a little bit, but they never got near flood stage.

So I guess it’s a good thing that the media were on top of the big storm that was coming in, and if it had turned out to be something, all the preparations would have come in handy. But it’s funny to see them make such a big deal out of what was ultimately such a little thing. At least down here in the valleys.

Of course, the next storm that’s coming in, on Thursday, really is the big one. Be sure to stock up on bread.

Update: Oh, I’m such a putz. I wrote this in a windowless basement, and then when I stepped outsiude, what was it doing? It was snowing. Ha ha ha ha ha. That’s so funny it’s sad.