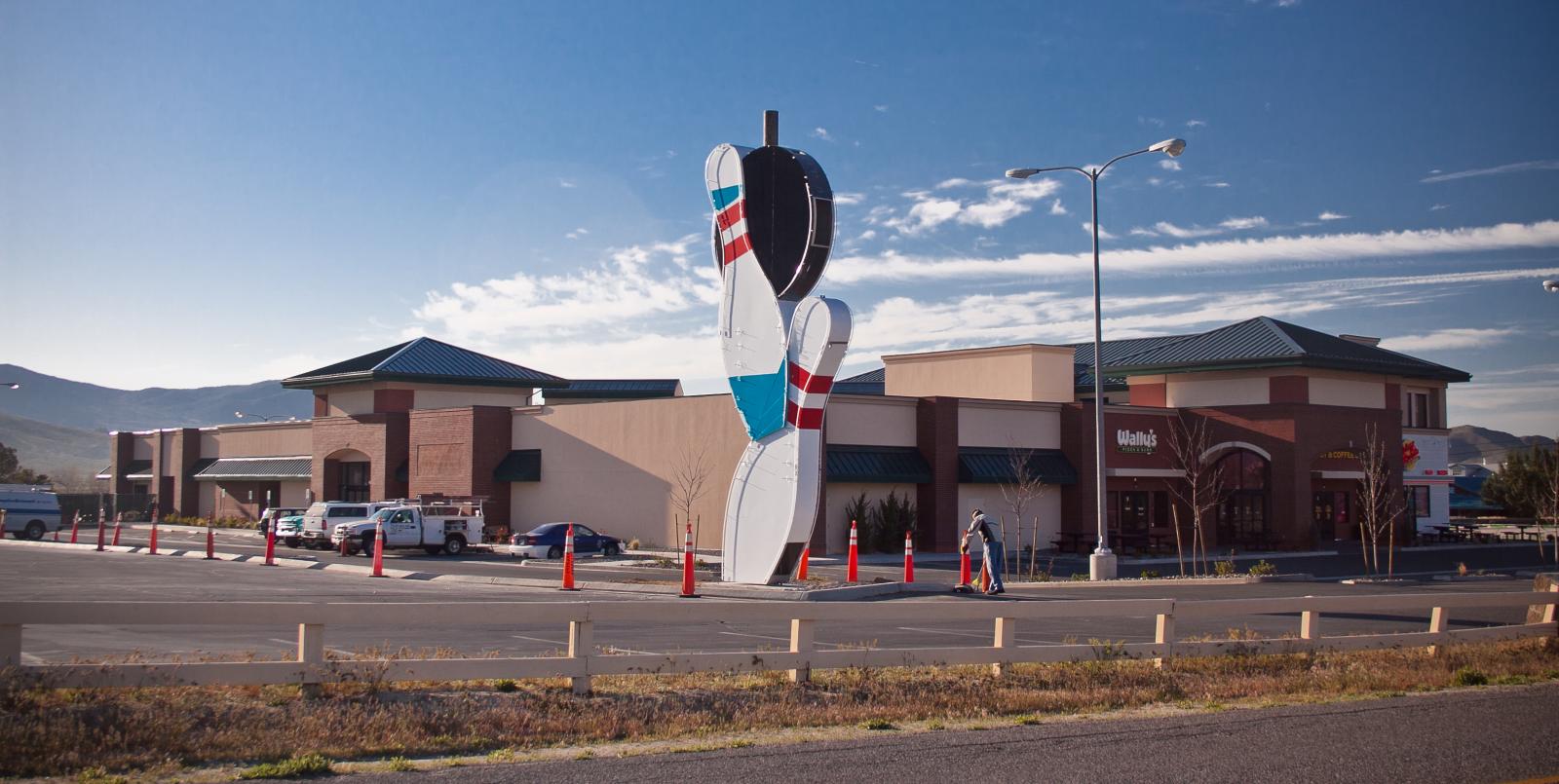 I’ve been wondering for a while if this was going to happen. And what do you know, it did. The old sign at the Carson Lanes has come down, and a new one is going up in its place. The old sign was a holdout from the bowling alley’s roots in the 1970s, and while it was objectively hideous, it was still a south Carson landmark and kind of spoke to the old look of the Carson Lanes before their remodel. And to the old feel of south Carson in general, which was built out in the 1960s and 70s, and aside from the Carson Street corridor hasn’t changed a whole lot since. After the remodel the sign stood as a silent reminder of what had come before, and it stayed there so long that I was starting to wonder if it would escape the axe and remain as the one survivor of the renovation. But today when I was driving by I saw that the old sign was gone, and the new one is taking shape. 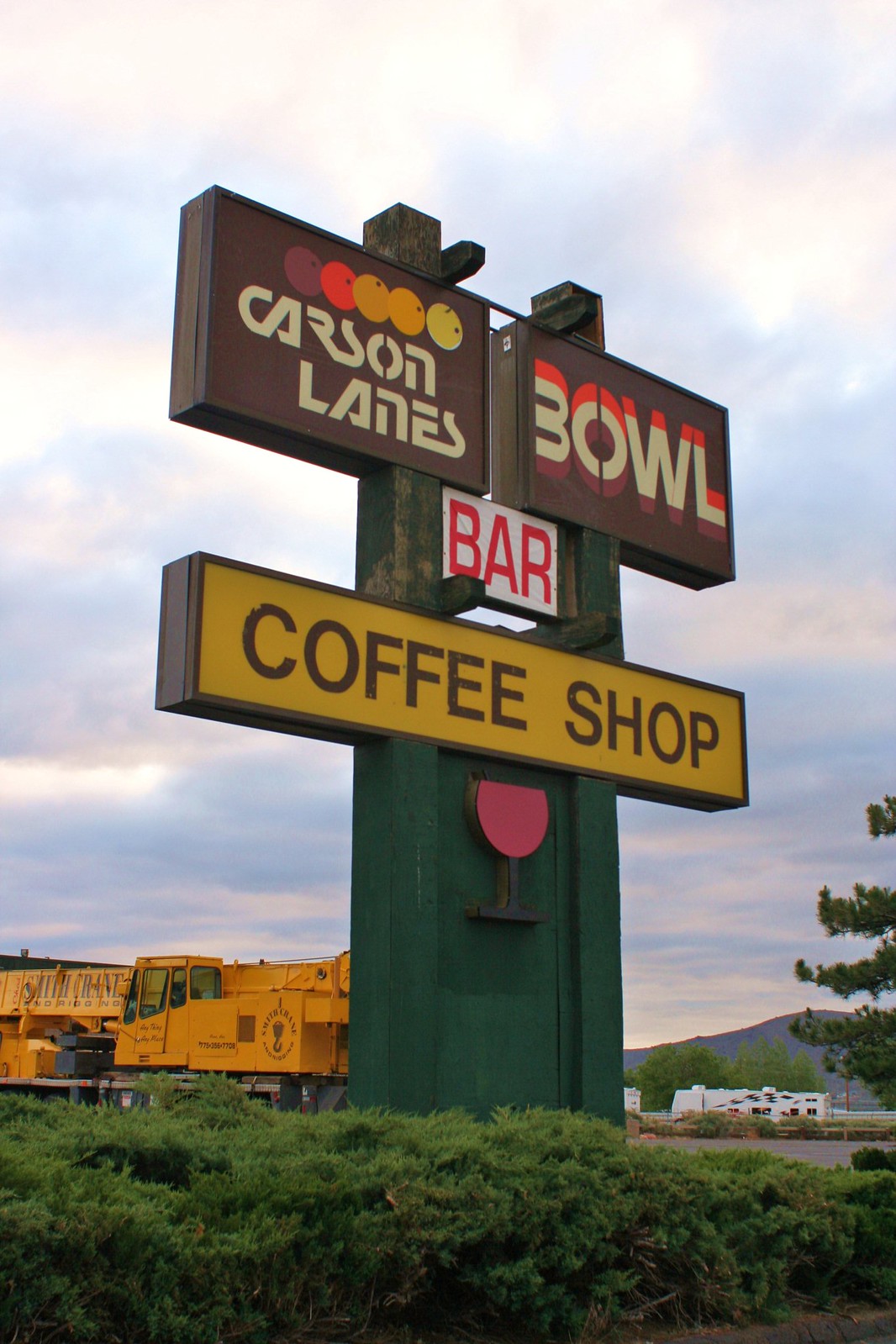 It’s too early to judge the new sign because all the pieces aren’t in place yet. But what’s there looks nice and modern, and an affirmation that despite the new shops and restaurants, this is still a bowling alley. One of only two in Carson City, in fact, and the only one not attached to a casino. 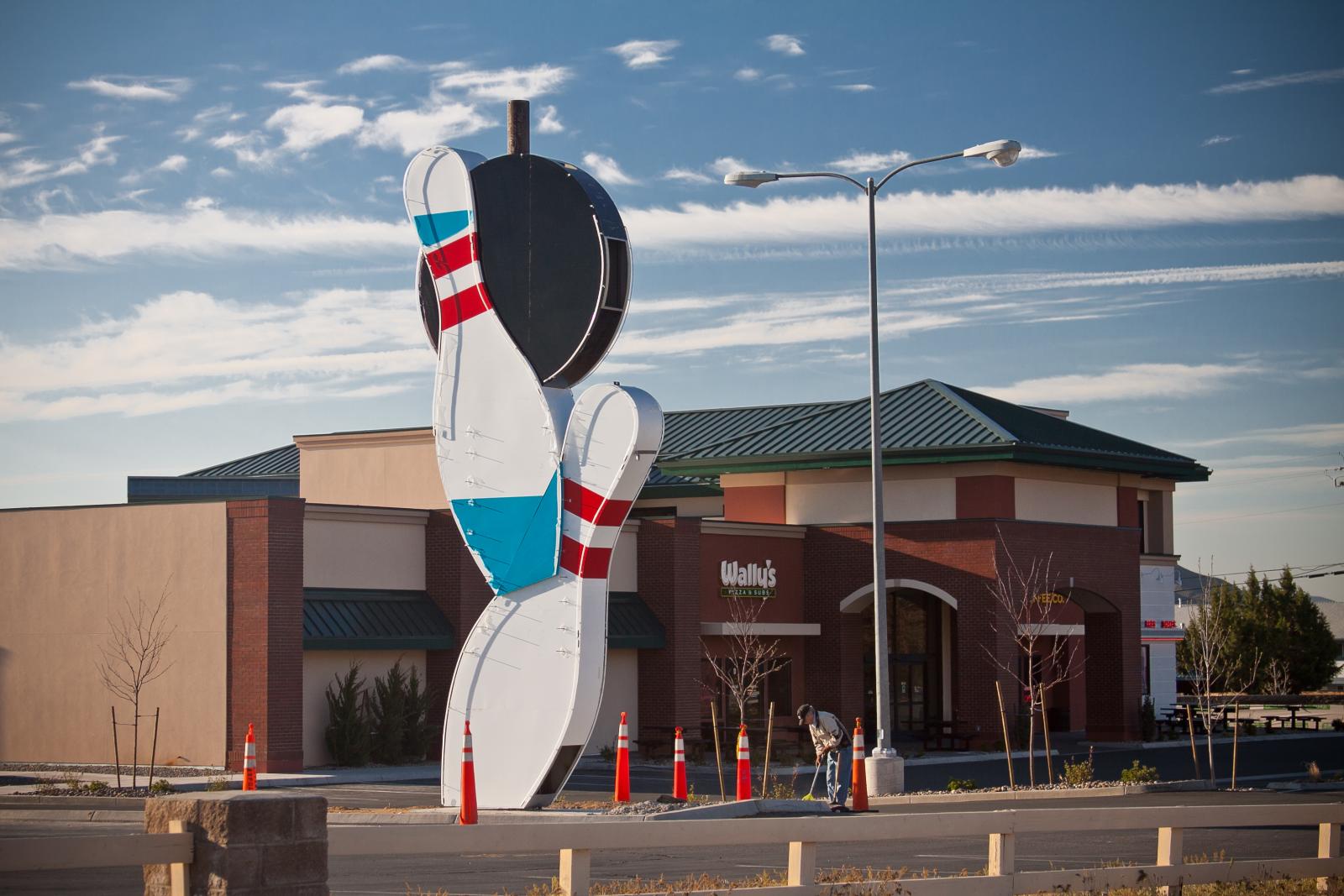 I’m also looking forward to seeing what the sign looks like at night. I can see some neon already, and there are mounting points on the pins possibly for more, or possibly for some other element of the sign. And there’s going to be a top part that hasn’t been added, probably with their new logo, which can be seen on their website. You can be sure I’ll bring you more pictures when it’s all done and lit up! 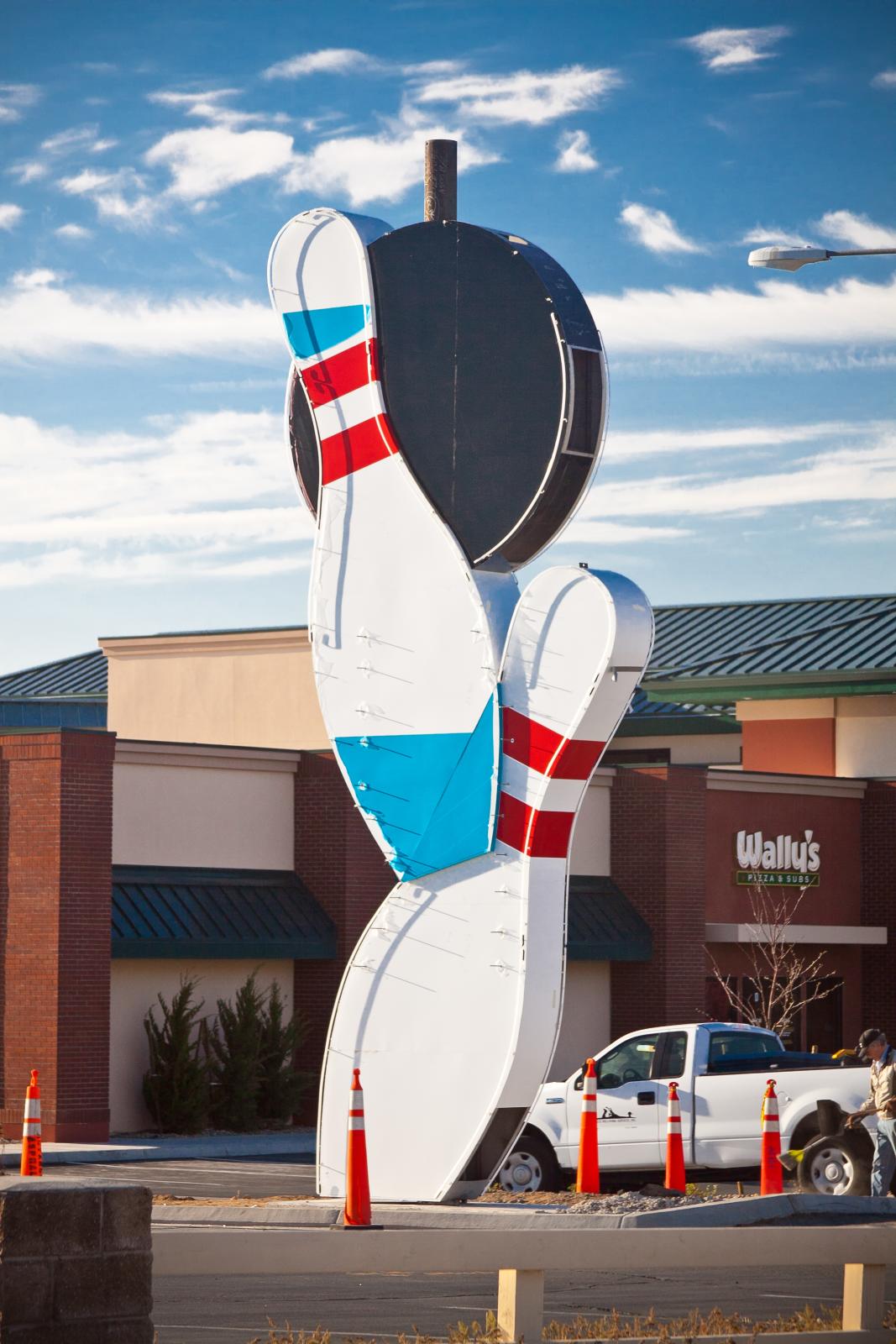