The inaugural season of the reconstructed V&T Railroad is almost over. Just two more weekends remain, two more Saturday excursions where Engine #29 will pull riders all the way from Eastgate Depot, at the edge of Carson’s city limits, up to Virginia City and the Comstock. It had been 71 years since a passenger train made the full trip, and there was much excitement about these first runs. Enough excitement to sell out every excursion 12 weeks in a row, plus get a lively crowd on the one-way deadhead runs. As an experiment to see if there would actually be interest in a revived V&T, it seems to have gone very well. 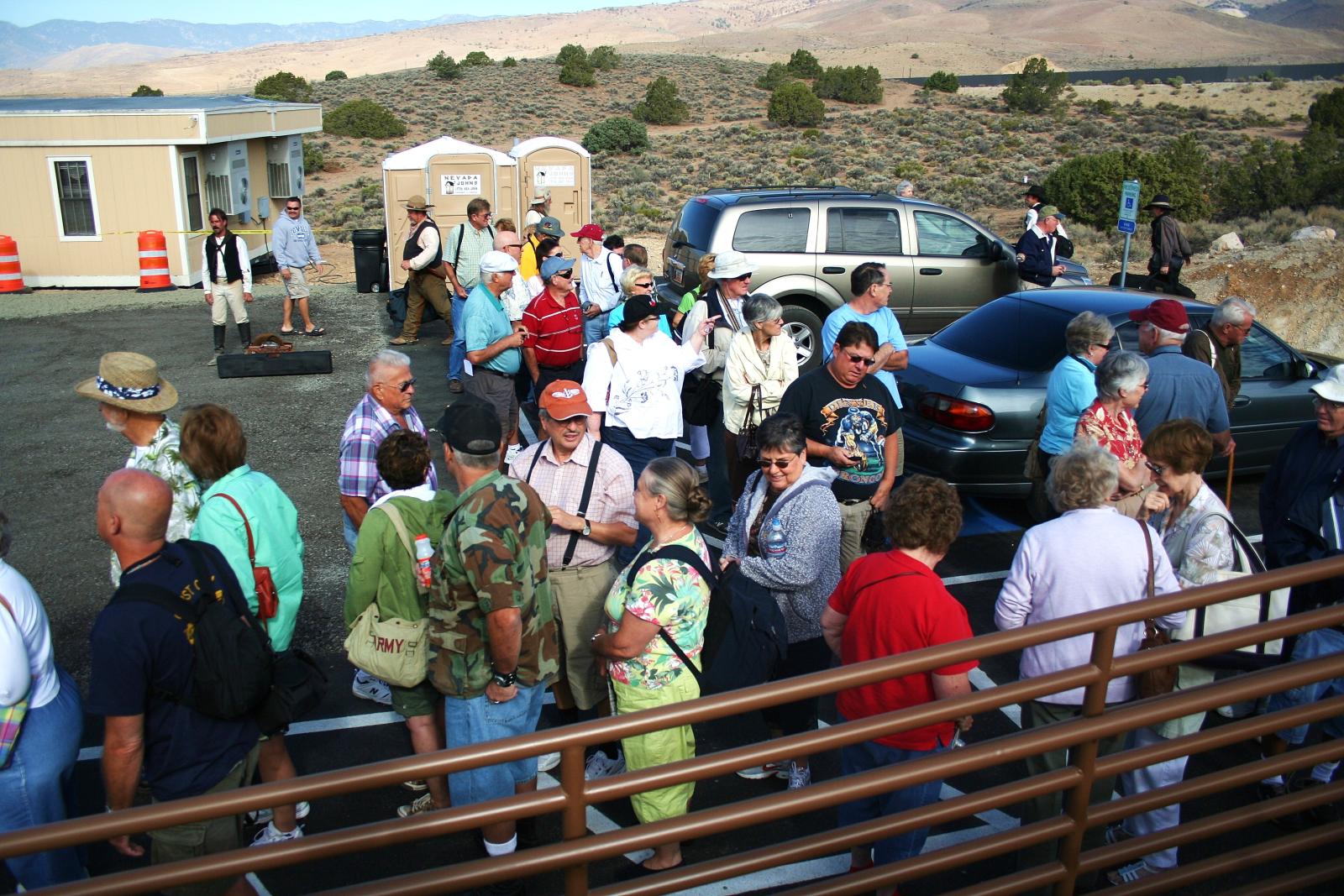 Well enough, in fact, that they’ve already planned to do it for three more years. Virginia City News reports that the Carson City Convention and Visitors Bureau was pleased with the turnout for the train this year, and has made deals with the V&T Commission and the Gray’s V&T to keep operating it throughout 2010, 2011, and 2012. And they’re going to expand operations, from the current Saturday-only runs to four days a week, Thursday through Sunday. The article doesn’t say exactly what the schedule will be, but I imagine it would be similar with a round trip in the middle of the day and deadheads in the morning and afternoon. Also missing is any mention of what they will charge for tickets next year. The $48 price this year was sent up kind of as a trial balloon to see if people would balk at paying it, and obviously they haven’t. The question in my mind is how long they can sustain that price, and how many people will go back for a second ride at that price? All of this, I’m sure, they’ll be experimenting with over the next three years. If ridership stays strong at $48, there’s really no reason for them to drop the price. 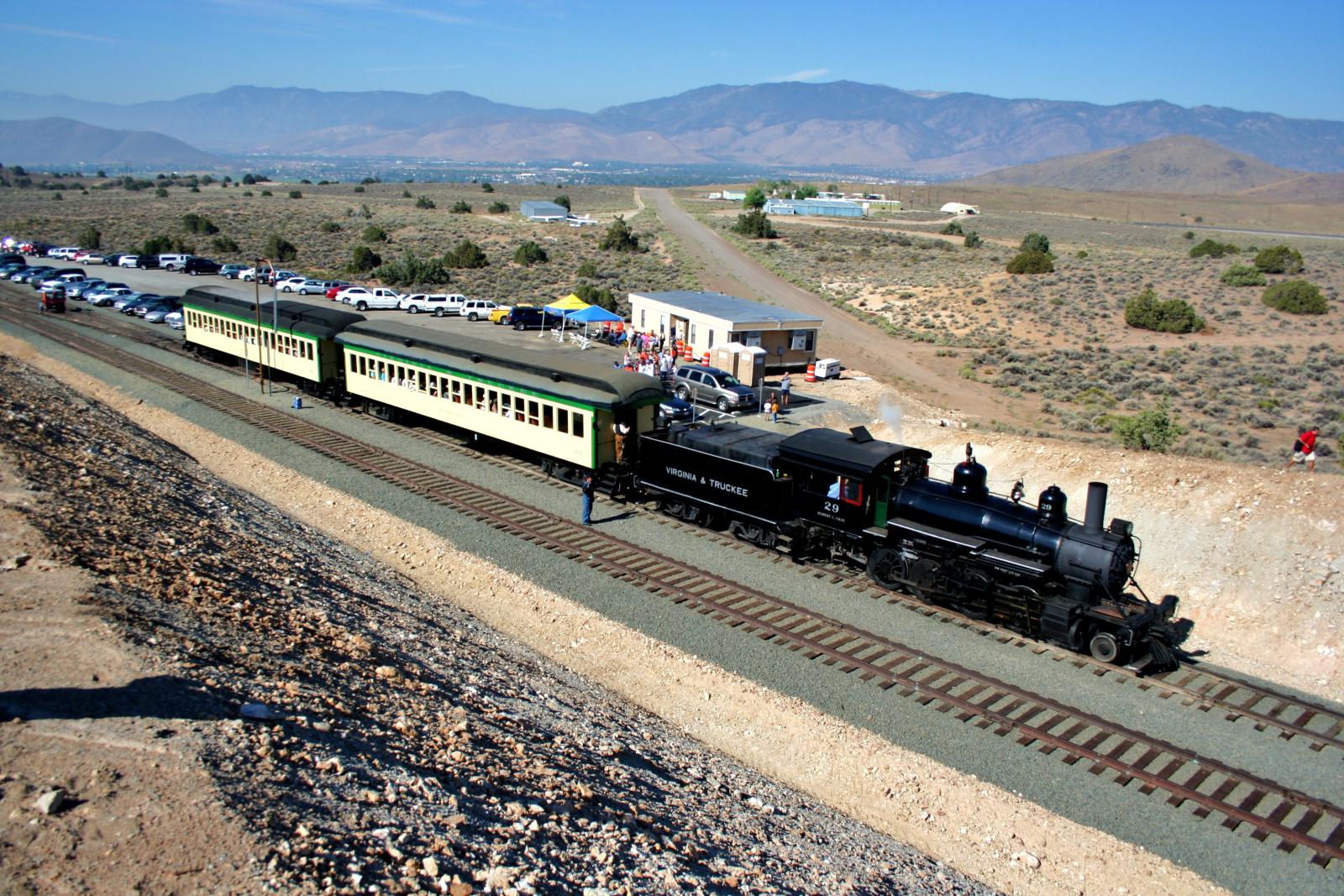 The article also doesn’t say when the season will run next year. This year the Carson City excursions didn’t start until August, mostly because the track wasn’t ready until then. Now that the track is in place, will the full excursions start in May along with the rest of the V&T schedule? And also I figure the track they’re working on into the Carson River Canyon should be ready sometime in the next three years, maybe not 2010 but possibly 2011. So at some point we might see the train start from Eastgate and go backwards down into the canyon, then stop in the canyon somewhere and head back up to the Comstock. 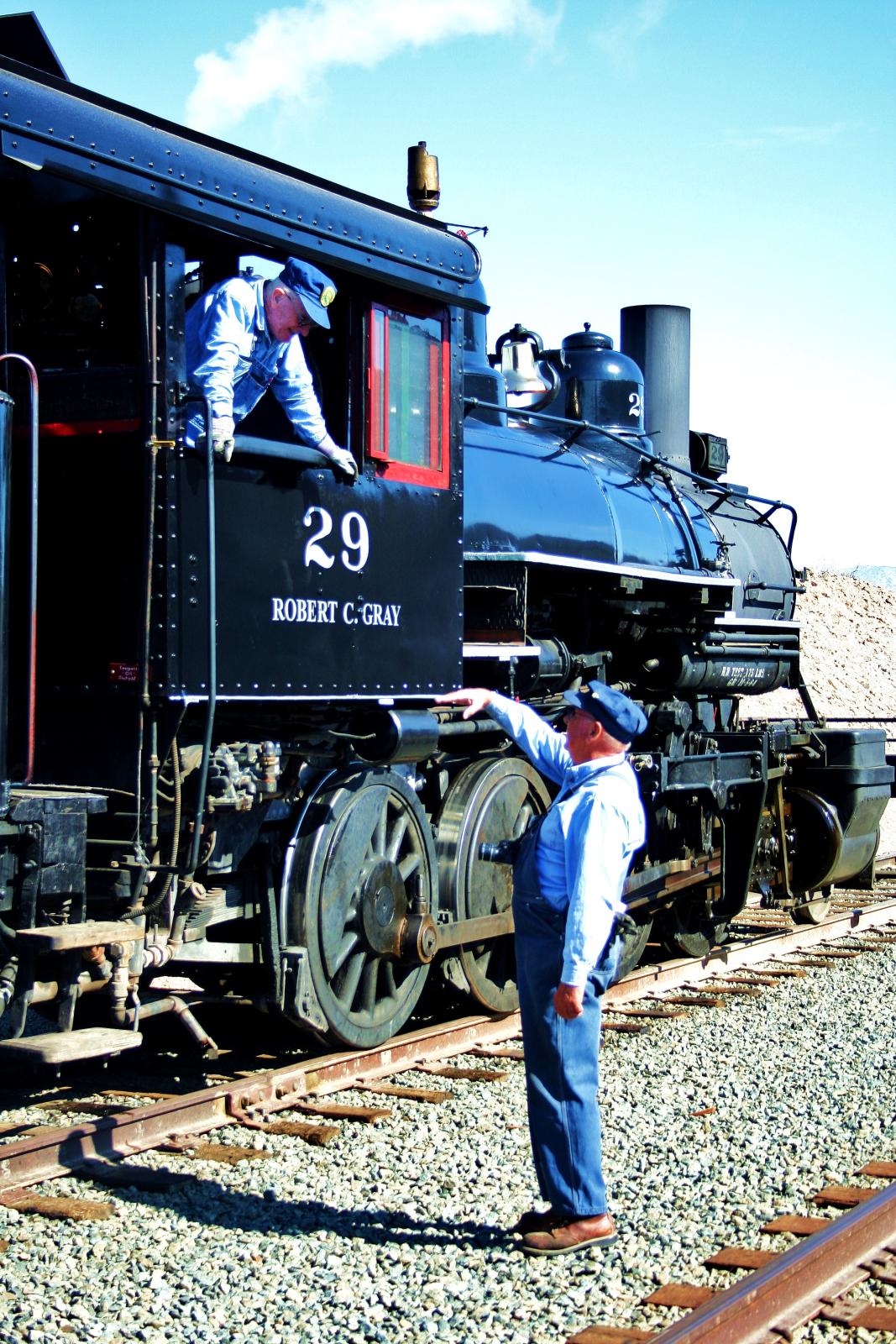 This is all exciting for the future of the V&T, that there was enough interest to sell out this first season and insure three more seasons. Hopefully the V&T lives up to its promise and really does bring more visitors to the area, and the money can be found to extend the tracks all the way into the Eagle Valley.