Today I went back to the V&T Railroad, since today was the first actual passenger train on the new line. A train full of people, at $48 per head, embarked from Eastgate Siding right as the 10 o’clock whistle blew, and arrived two hours later at Virginia City’s F Street depot. I took a bunch of photos (800+), following the train all the way from Eastgate up to Virginia City. It’s going to take me some time to go through and pick out the best, but here are a few that I think capture the day best. 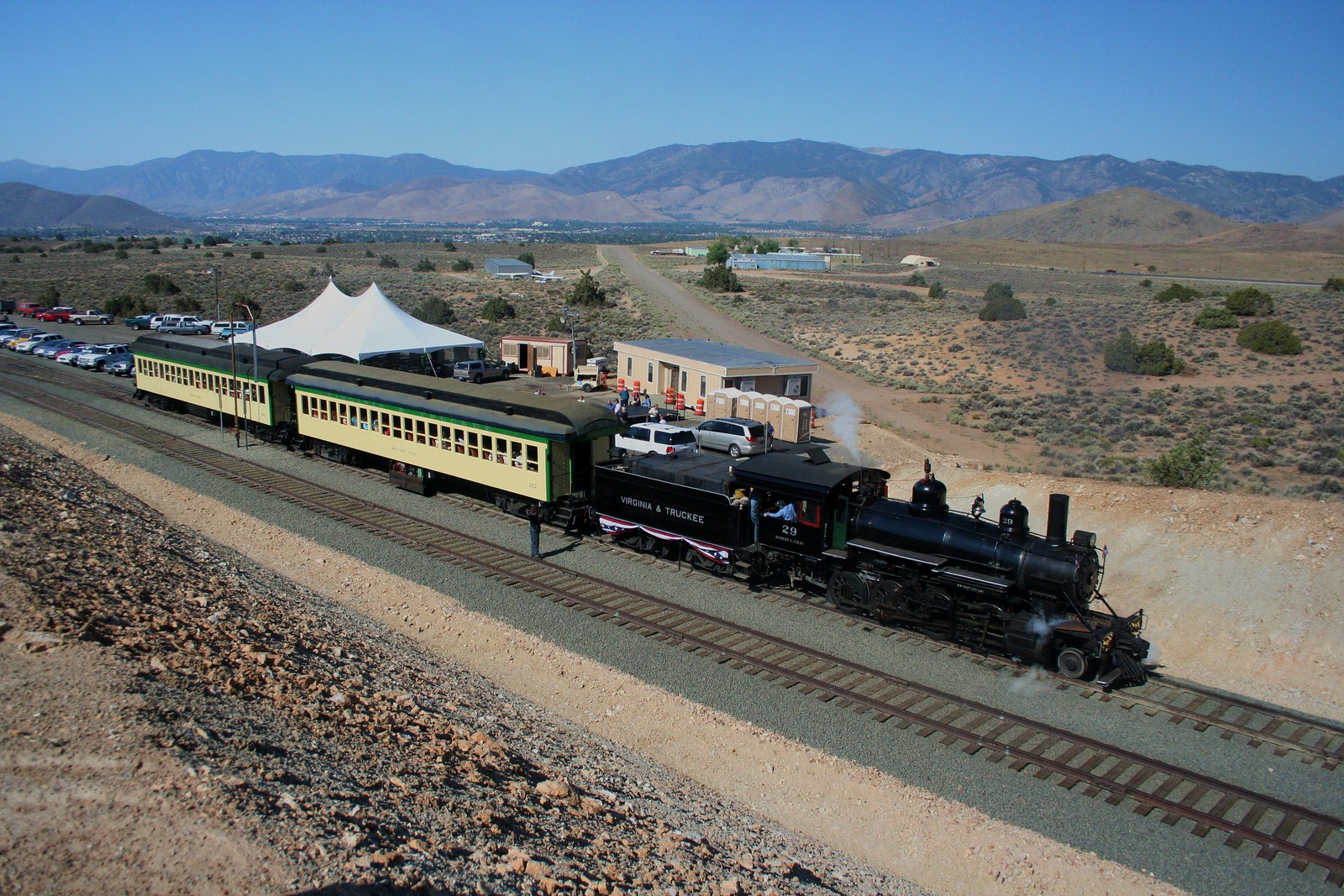 The train at Eastgate Siding, waiting for the time to leave. 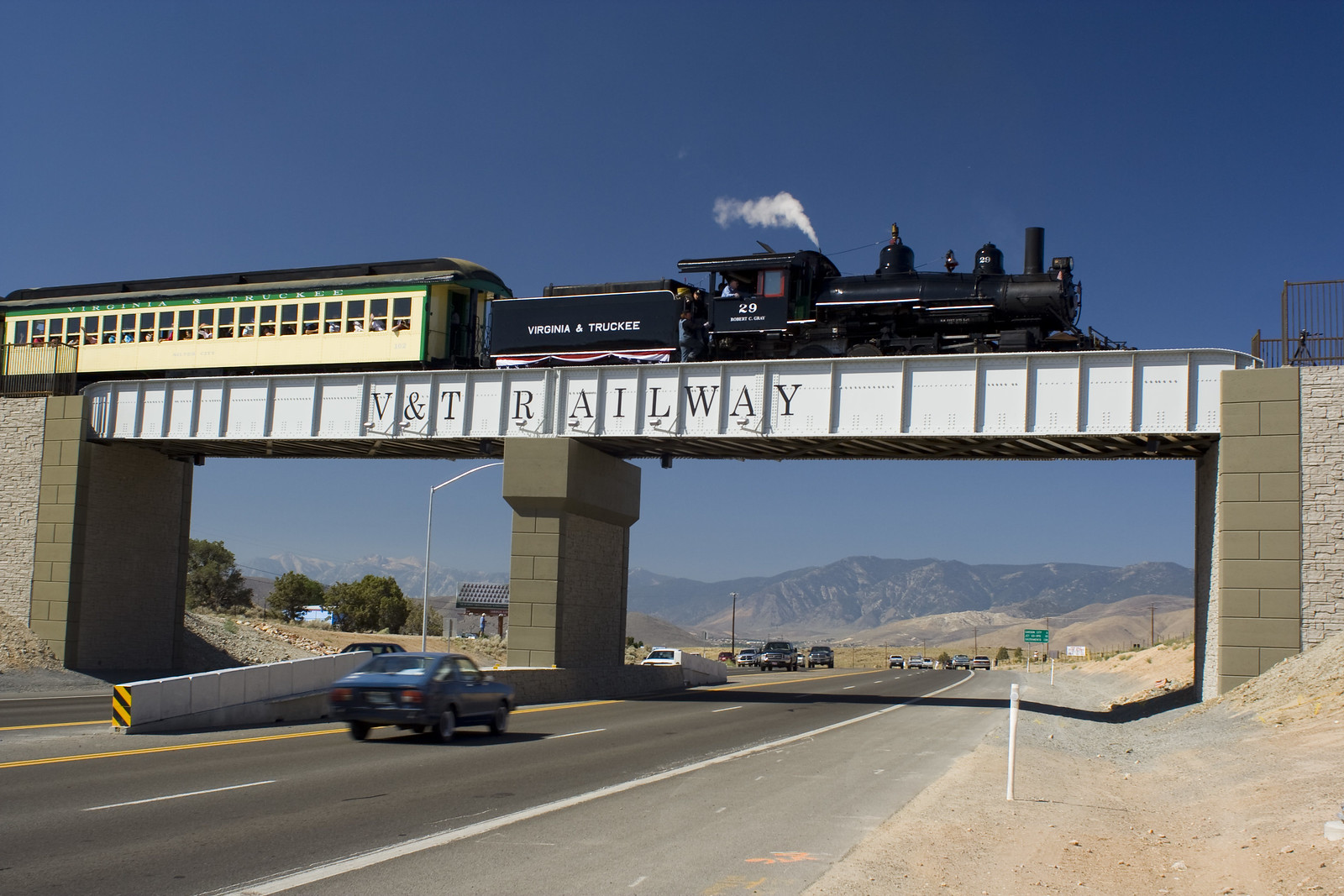 Crossing the bridge over Hwy 50. 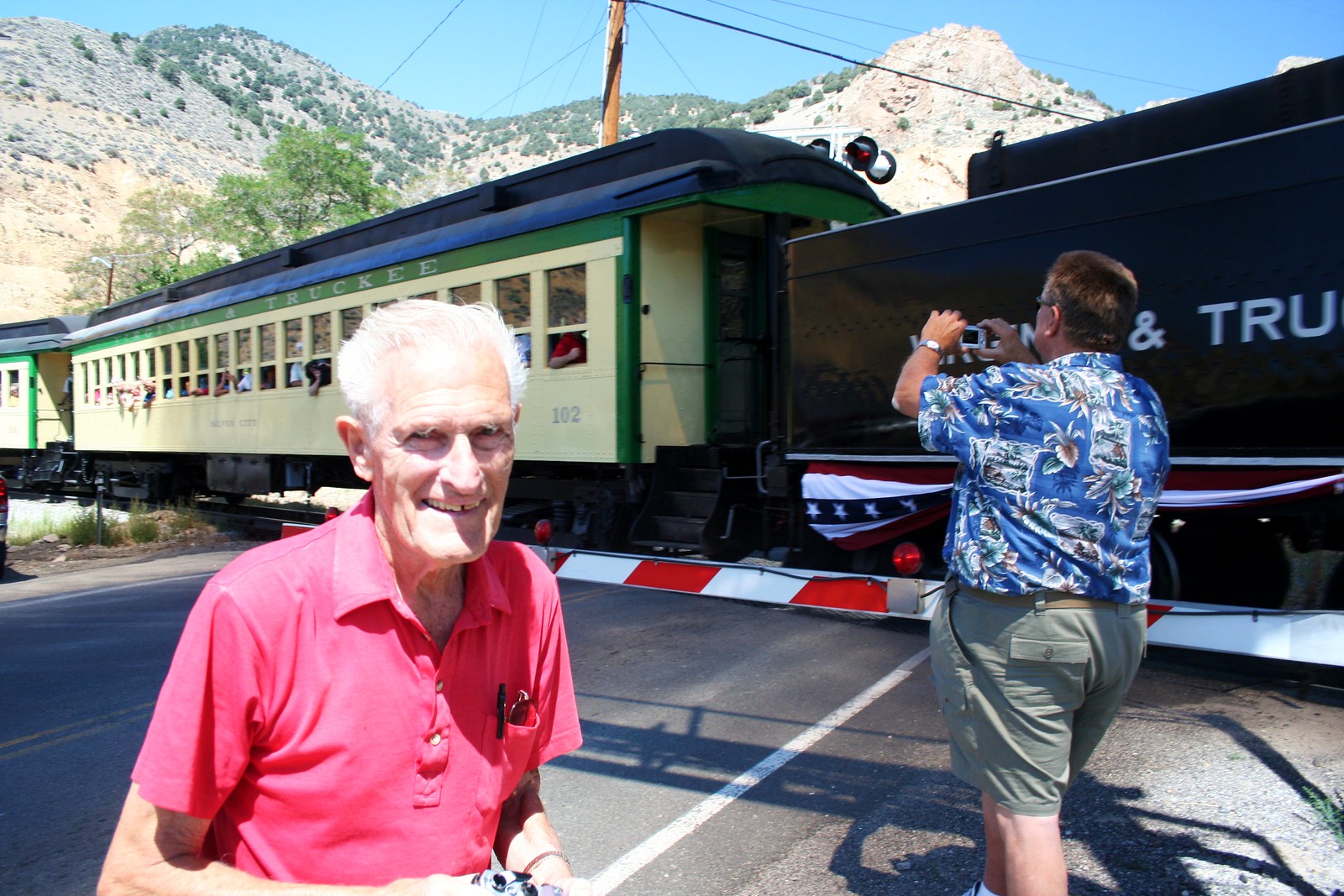 Bob Gray at Gold Hill, watching the train pass by. 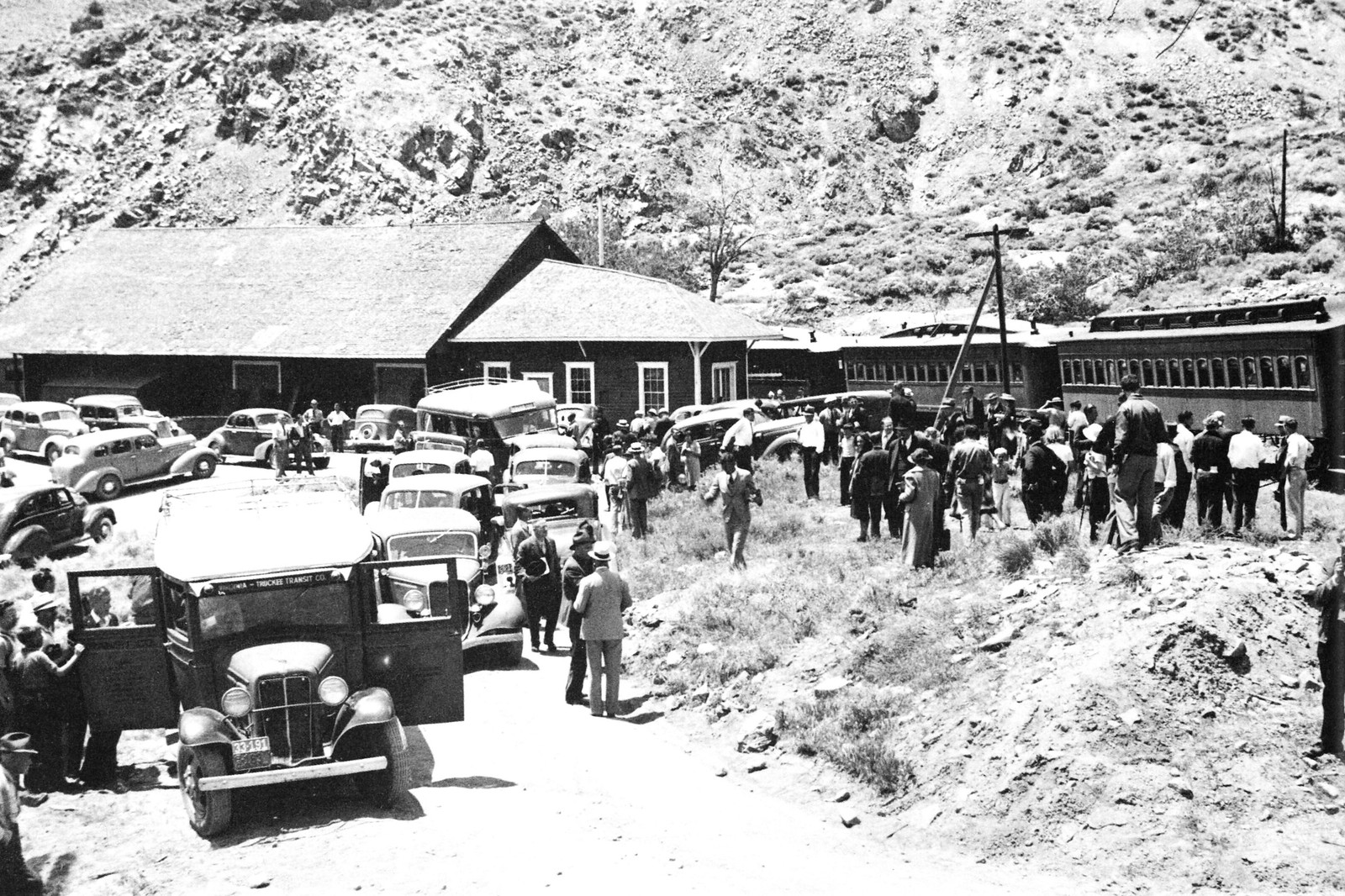 One from the archives. June 5, 1938. One of the last excursion trains to the Comstock. Bob Gray is the fellow whose head is framed in the bus window, lower left. 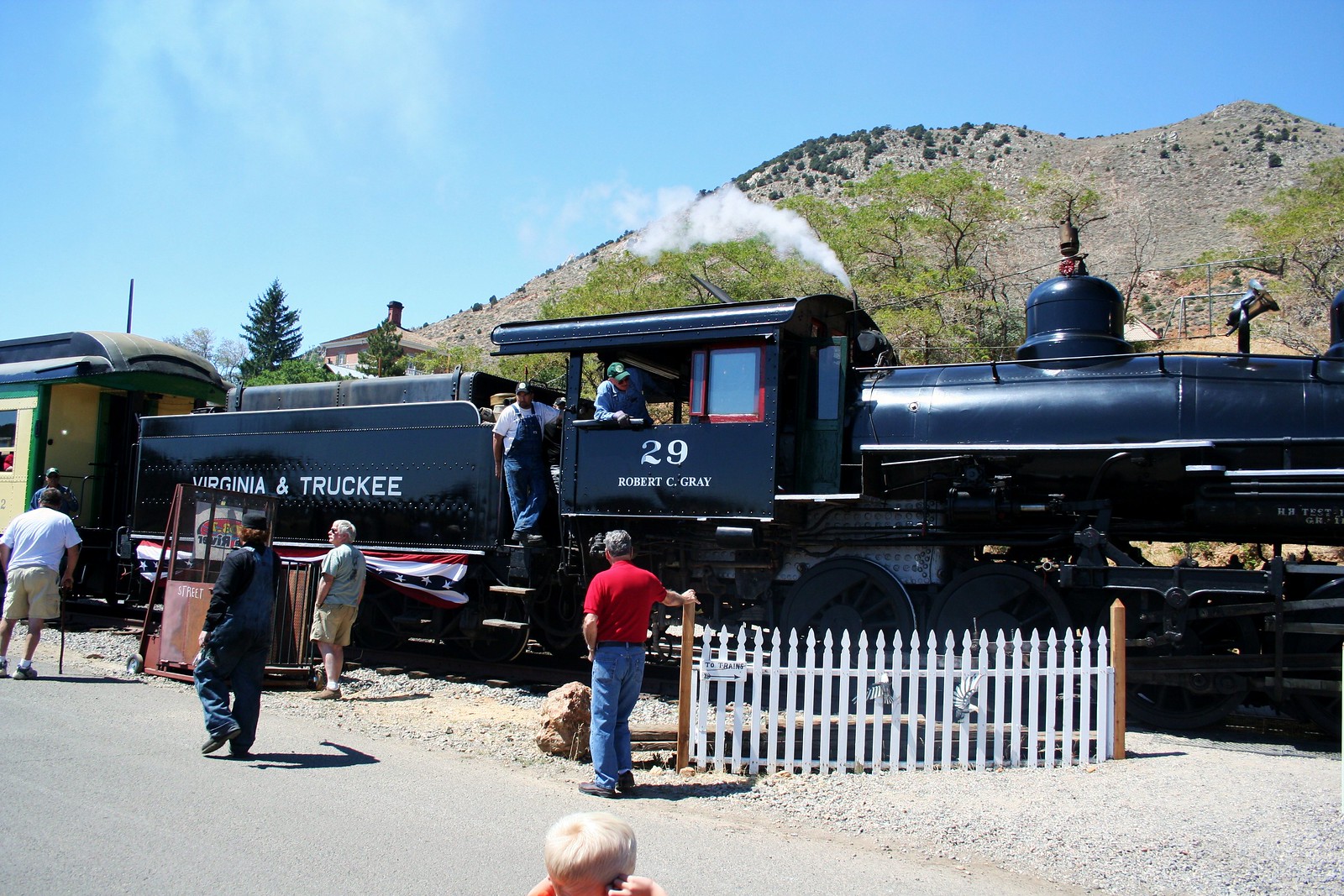 Keep an eye on Flickr to see when new photos trickle in.

And, the Nevada Appeal did a story on last night’s VIP train.