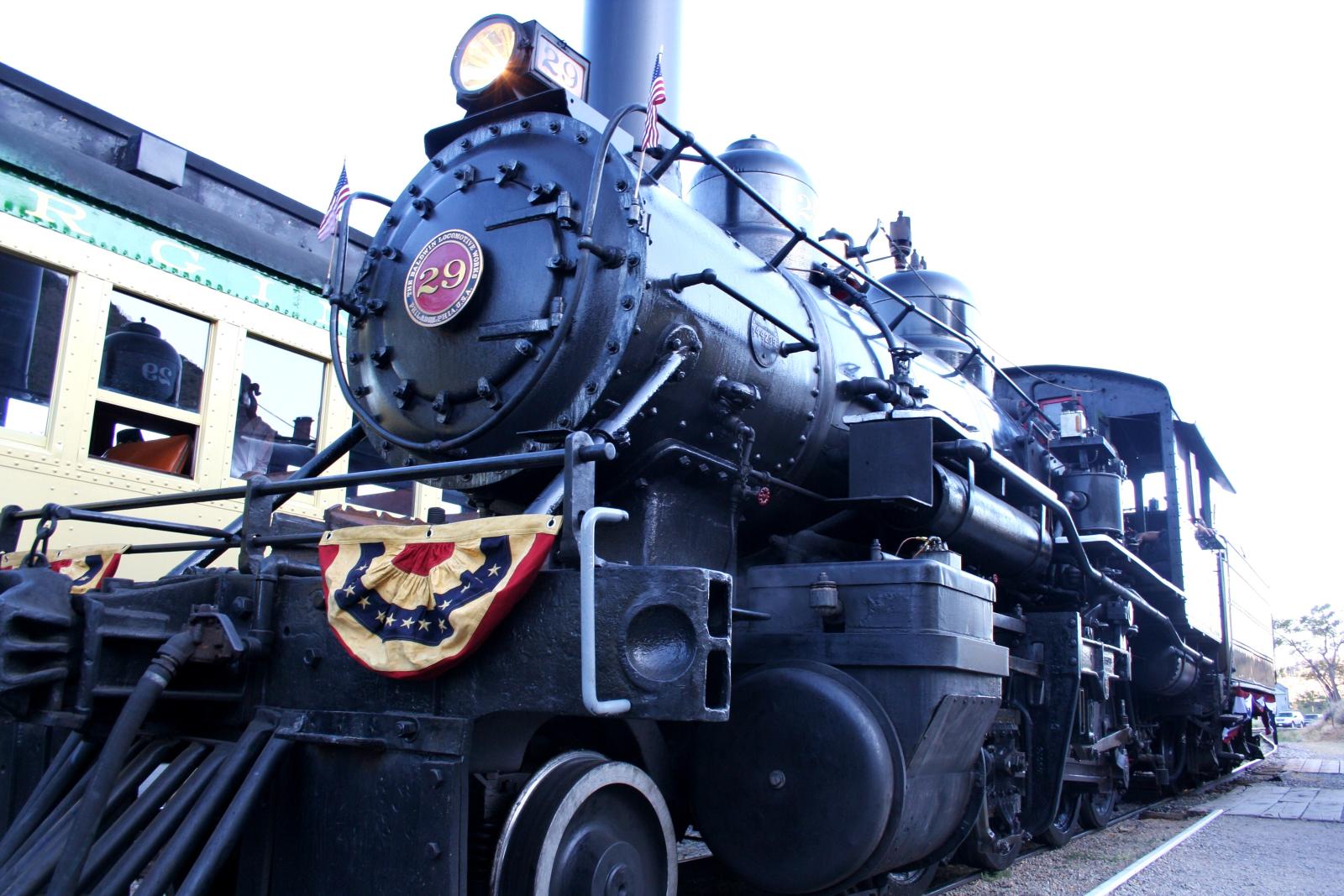 Last evening I went up to Virginia City to see off the V&T Railroad. Yesterday was the momentous occasion of the first passenger train between Virginia and Carson City on the new reconstructed line. That last time a passenger train passed between the two cities was 1938, and ever since then people have been leading an effort to get the track back in place and start running trains again. This weekend is the start of that.

Yesterday’s train was a special VIP train, and seats were available by invitation only (which I didn’t get, even though I’ve done as much to promote and spread the word about this train as just about anybody. Oh well.) The train boarded in Virginia City around 6:00, then headed down the hill to Carson where a brass band and welcoming committee were waiting for a private dinner and I’m sure all kinds of ceremonies. I followed it down as far as Gold Hill, which is easy to do because it runs right alongside the road, then I met up with it as it arrived in Carson City.

Here are some photos from the day. They’re not great because the sun had already set by the time the train arrived. I’m heading back out to Eastgate today to actually photograph the engine and train in the sun. Probably those will turn out better. I’ll have more photos as the weekend goes on, so keep an eye on Flickr.