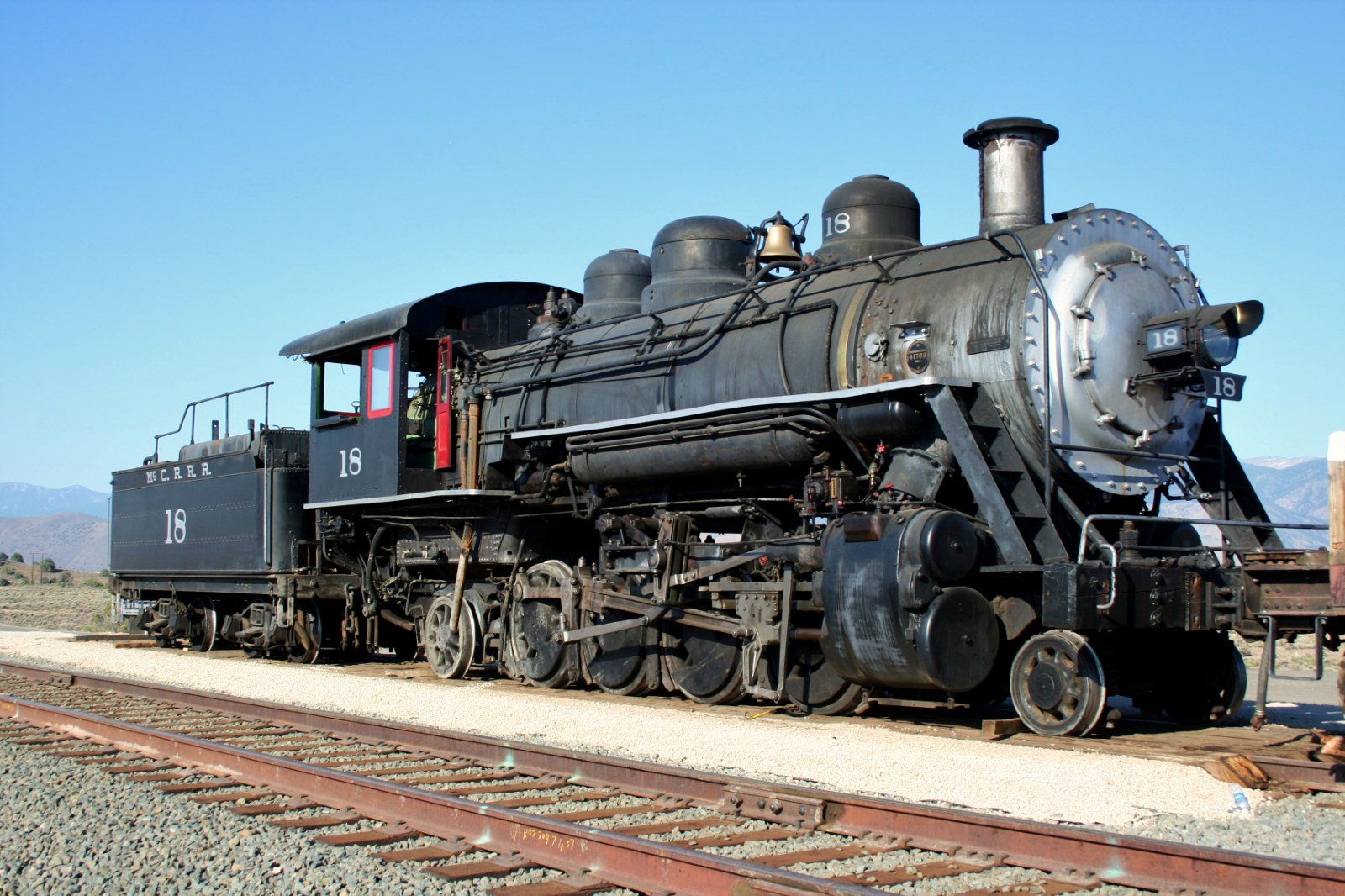 Yesterday was a big day for the V&T Railway. And of course I was out running errands and couldn’t be there. But yesterday was the day the McCloud Locomotive #18, the engine that will run passenger trains on the V&T, arrived in Carson City. Luckily several other news organizations were on hand to report on it, and this morning I was able to head out to Eastgate Siding to get a closeup look at the thing.

McCloud Locomotive #18 was built in 1914 for the McCloud River Railroad, a logging railroad in northern California. Eventually it was sidelined in favor of diesel power, but unlike most other steam engines from that time it was not scrapped. It survived, stored under a tarp, until 1998 when a restoration was started to return it to service. It operated on the McCloud tourist railway from 2001 until 2005, but the railway came under hard times and was forced to put it up for sale. Around this same time the V&T Commission was looking for a steam locomotive to buy so they wouldn’t have to operate using equipment from the Gray’s V&T Railroad. The two parties found each other (not a big market for used steamers these days), and the V&T bought #18 in 2005 for $420,000.

But the V&T wasn’t ready to bring the engine to Carson City, since back then they had no tracks. So the engine stayed at McCloud for a couple of years, then in 2007 the Commission rented the locomotive out to the Sierra Railroad in Oakdale, CA, to run excursions on their line. On its way from McCloud to Oakdale, the engine passed through Carson City on a flatbed truck. Its first visit to Carson City lasted less than half an hour. 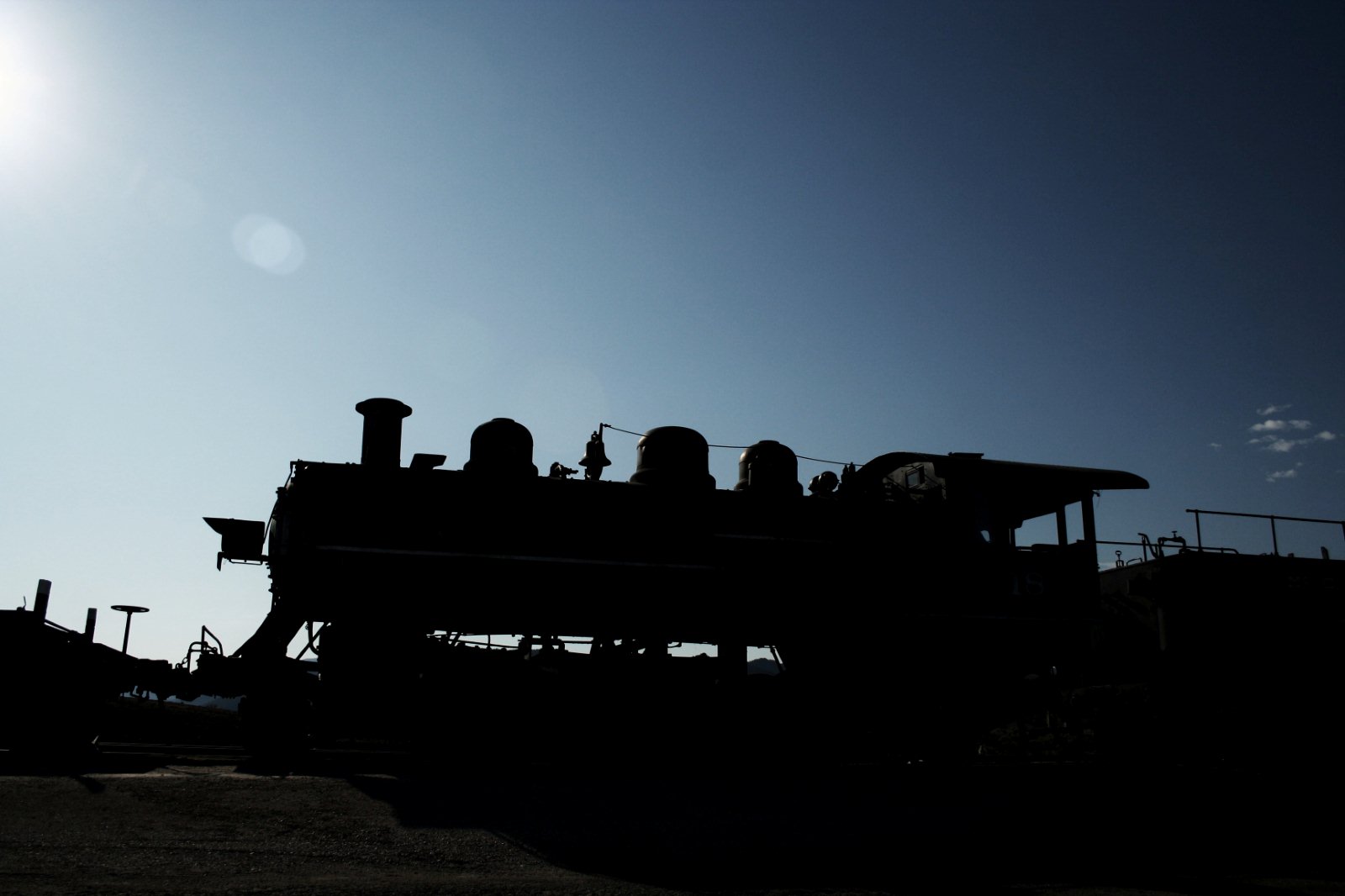 Fast forward to 2009, and now there are a dozen miles of track laid for the V&T. So the Commission decided to retrieve their engine and finally bring it to Carson City, which is planned to be its home for years and years to come. The move finally happened yesterday, with the locomotive rolling into town around noon. It was brought out to Eastagte Siding, which I profiled last week, and placed on the rails. It still sits there today, although I believe it’s going to be towed up to the Comstock to be stored there until it’s needed.

News Reports on the engine

News Carson City: (click to view at their site)