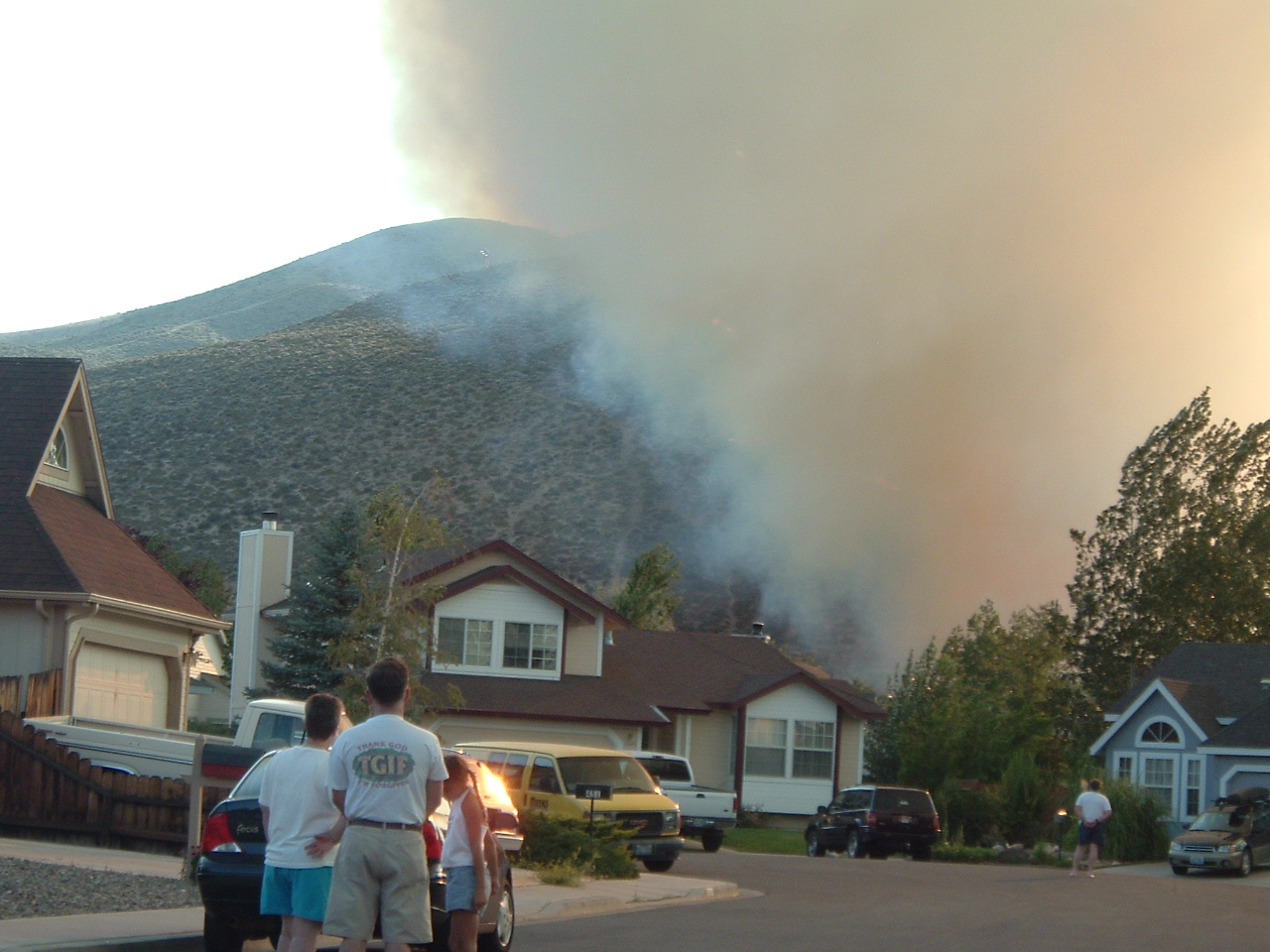 Today the Nevada Appeal looks back on the Waterfall Fire, which happened five years ago this week. A small campfire flared up in the middle of the night and got into the trees, and by the morning was already out of control. The fire swept down Kings Canyon, north through Timberline and right to the edge of Lakeview, and south as far as Clearview. In all over 8,000 acres were burned, and 18 houses destroyed. It was the worst fire in Carson City’s recent memory.

I wasn’t writing Around Carson back then, but I did have another blog where I wrote a bit about the fire. I was at work that day, and the entire downtown area was being choked with a thick blanket of orange smoke. When I went to head home Carson Street was closed, and all the side streets were packed with cars trying to get through town. I did get a few pictures of the fire and smoke, which I published one year later as a look back at the Waterfall Fire.

The area that was burned in the fire has recovered. The large trees that burned are gone, but many smaller saplings are taking their place. Many of the families that were burned out have rebuilt. A look at the hillside would never betray that there had ever been a fire there. But for anyone who was around back then, the memories are still vivid. And for those affected by the fire, it’s something they’ll never completely get over.

The Nevada Appeal coverage is in four parts:

Update: In the comments, Geminai Graphics put up a link to a whole photo gallery of pictures from the fire.

The Waterfall Fire: One Year Later

The Waterfall Fire: Photos From One Year Later