Martin Krieg and his HiWheel 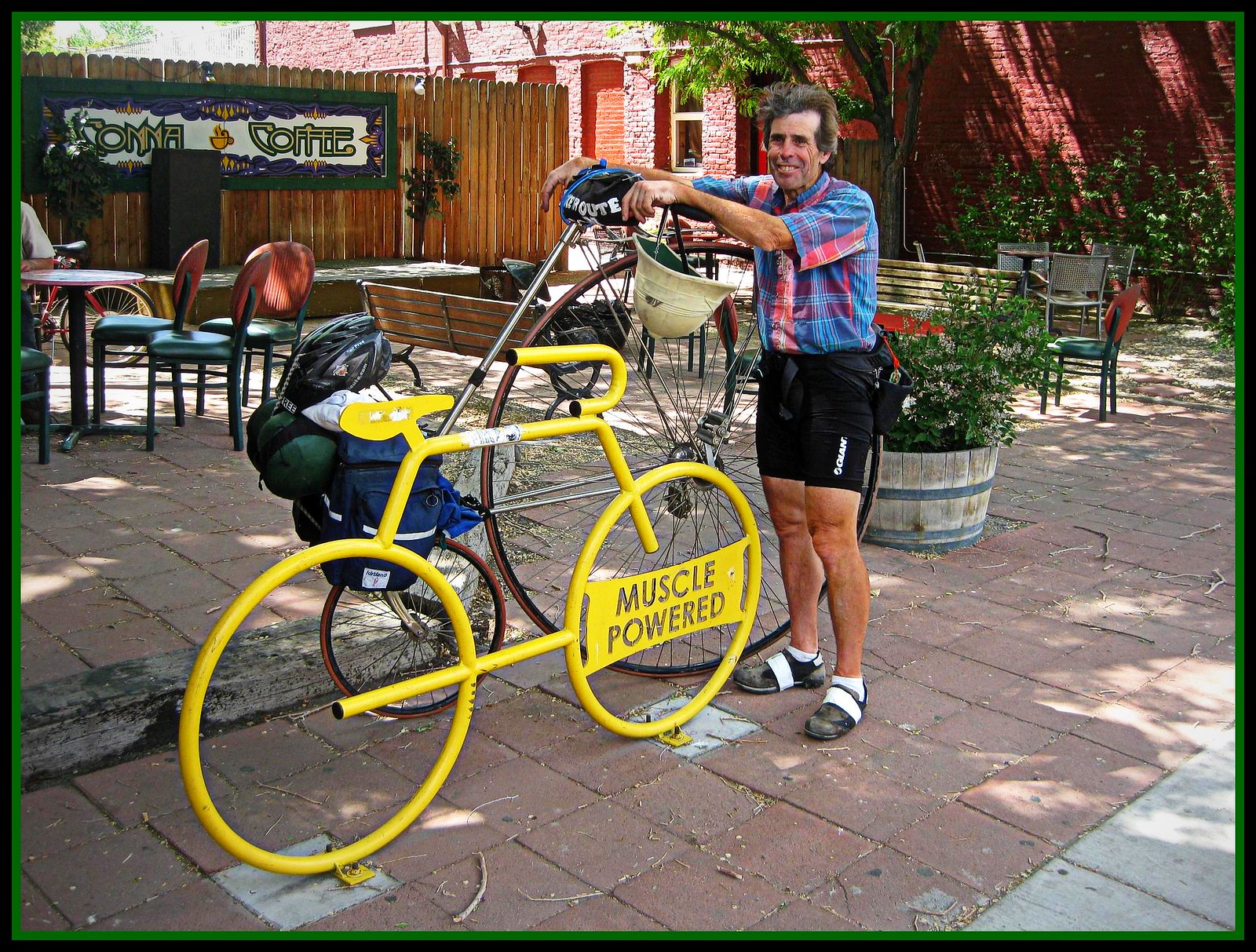 Bike Carson has the story of Martin Krieg, who is travelling cross country on his bicycle. Not just any bicycle, but one of those old-fashioned models with the big wheel (seen above). Yesterday Martin rolled through Carson City, and Jeff met up with him to talk about his trip and take some pictures.

This ride isn’t just for fun, it’s his National Mayors Ride for 2009. As he rides he’s meeting with mayors of towns along the way, and trying to gain support for a national system of bike trails similar to the U.S. Interstate system.

Martin is blogging and Twittering as he travels along. He hopes to reach Boston by August, in time for the 125th anniversary of Thomas Steven‘s first-ever transcontinental bicycle ride. Good luck to him!