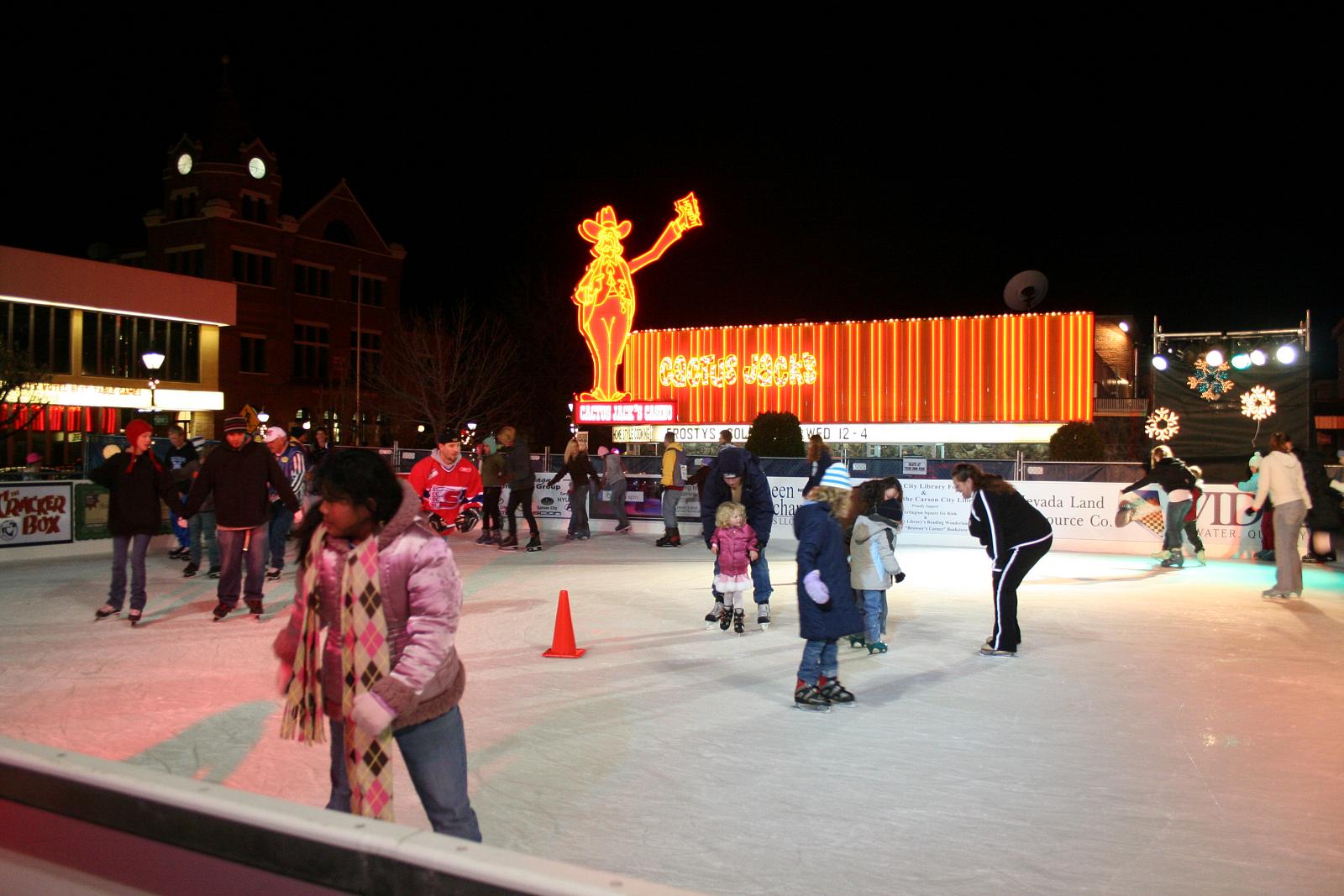 This story is a few days old, but according to News Carson City the Arlington Square ice skating rink was a big money pit for everybody involved last winter. The ticket sales they took in came nowhere close to covering the costs of operating it, and the benefit to downtown businesses was probably pretty negligible. I guess Carson doesn’t have enough people to make something like that a big draw, but at the same time it’s so big that downtown isn’t really the “heart of town” like it would be in a smaller town. We’re kind of in that middle grey area. where a town is just big enough for downtown to mostly be irrelevant. That’s a big challenge facing the efforts to revitalize downtown.

The final bottom line on the Carson City skating rink is $130,000 in red ink, so it’s doubtful that we’ll see the rink back next year.