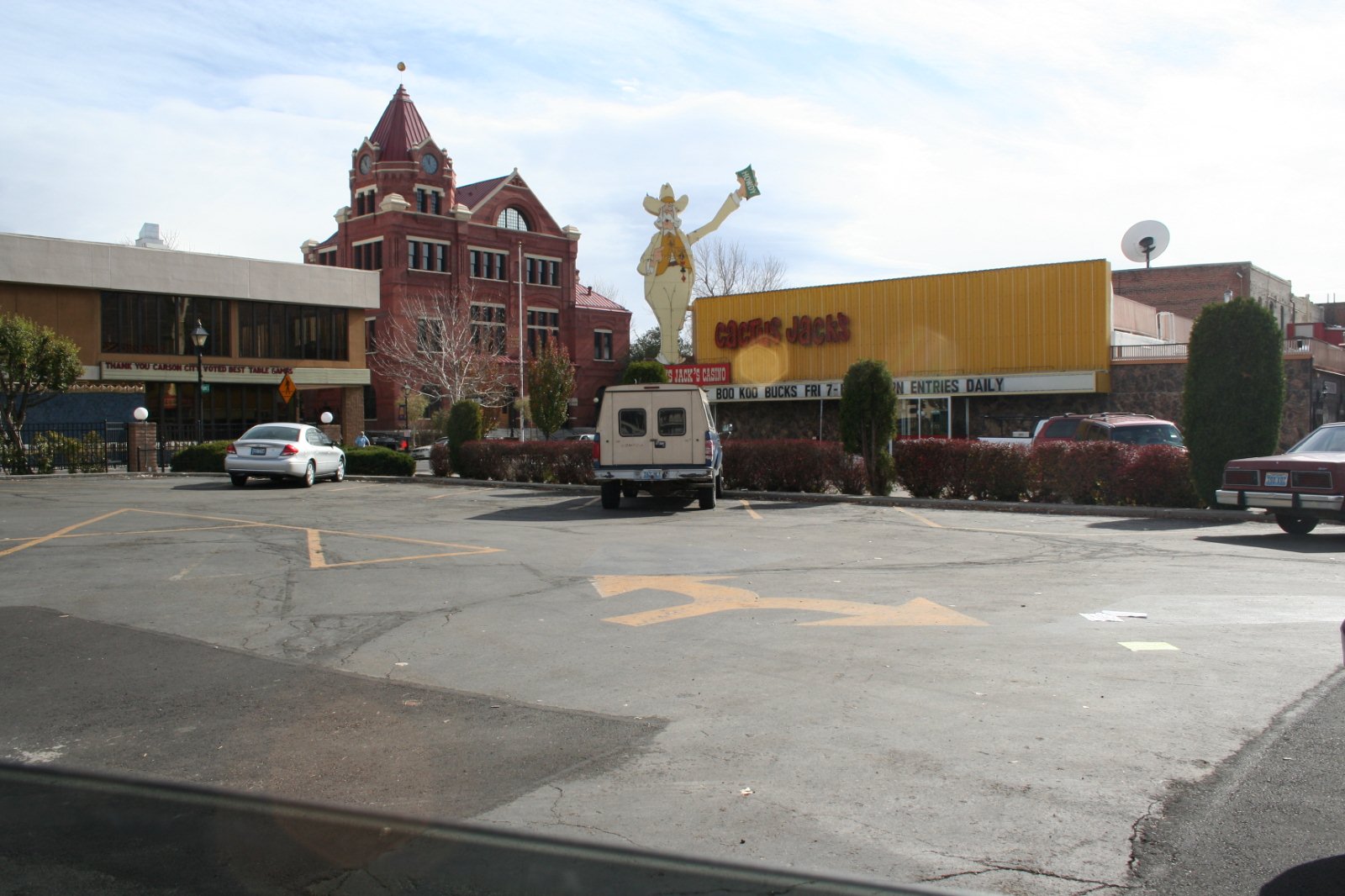 I first heard about this plan maybe a week or two ago, but apparently everyone involved thought it was a great idea so it’s been fast-tracked. The city is teaming up with the Carson Nugget to bring an ice skating rink to downtown Carson this winter. Downtown Reno has had a skating rink for over a decade now, but for Carson City this will be the first time.

The rink is going to be placed on the Nugget’s west parking lot, seen above, which is right on Carson Street across from the Nugget. This is the lot where the Arlington Hotel used to be, until it was torn down in the 1960s. Since then it’s just been a parking lot, an empty hole in the middle of downtown. It’s also become kind of an impromptu events plaza, with concerts, craft fairs, and other events being held there over the years. And now, the skating rink.

Work on the rink should be starting soon. Opening day is planned to be December 4, and it will operate through the winter until mid February. The cost to install the rink will be about $134,000, with the costs split between the Carson Nugget and the city. They’re hoping enough people will come skating at $7 a head to break even, but of course the real reason behind the rink is to try to draw people downtown, and hope that after they’re done skating they’ll stick around, have a bite to eat, and maybe drop some money in the slots at the Nugget. It’s another step towards creating a vibrant downtown, and convincing people to leave their houses in the dead of winter.

More coverage can be found at the Nevada Appeal, RGJ, and News Carson City.