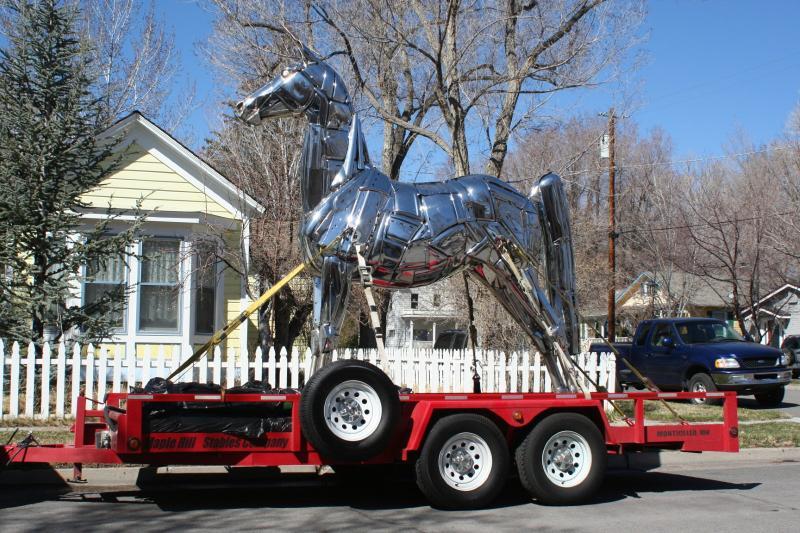 Dave Frank at the Nevada Appeal did the legwork and uncovered the backstory behind the Chrome Horse. It’s named “Chrome Empress” and was commissioned by the owners of the house it’s parked in front of, Chryse and Vaughn Veit. It was sculpted out of car bumpers by an artist who would rather remain anonymous. They normally haul it around to various car shows, but since they’re at home this week the horse is here with them. It will be leaving again after this week to go on tour, and then it will find a permanent home in Minnesota, where the couple has stables. I think it would have been great to have it on display in Carson City somewhere, maybe in front of the newly-renovated Carson City Fairgrounds.

More of the Chrome Horse