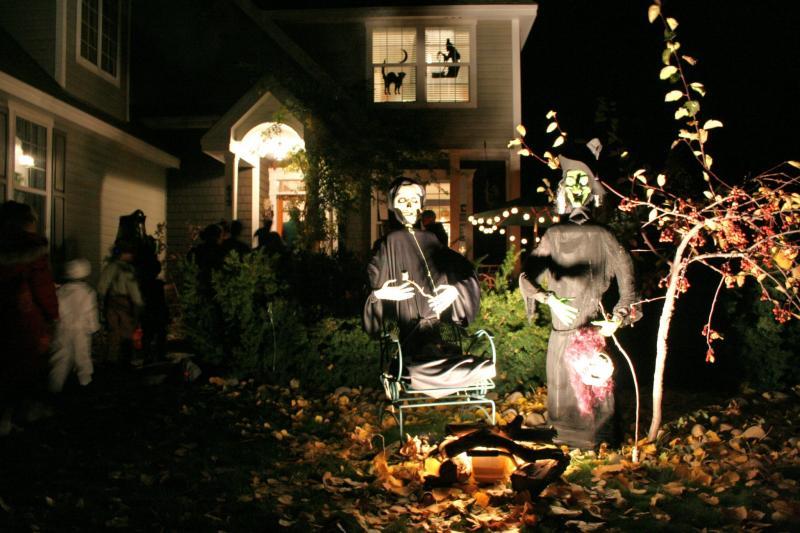 It was another successful Halloween on the west side of Carson City. We hit all the same houses and saw all the same decorations, but even though things change little from year to year there is a refreshing familiarity to it all. Some of the houses on the west side really go all out with the decorations, and it makes the whole thing much more fun than just trick or treating in an ordinary neighborhood.

One thing we noticed, though, is that the Governor’s Mansion is a lot less exciting now that Jim Gibbons is in office. The governor was there, handing out candy and posing for photographs, just like Kenny Guinn used to do. But the whole atmosphere around the mansion was subdued. There use to be music, and dancing, and elaborate decorations, and a feeling like this was really something special. Now there’s just as many people there, but the decorations are lackluster, there’s no music so it’s quiet, and the place just feels like the life is gone from it. It was like that last year too, Gibbons’ first Halloween in the mansion, and this year was even more pronounced. The family and staff just don’t put as much into Halloween as the Guinns used to, and the experience suffers for it.

Here’s some video of this year’s decorations.