I went down and cruised by the Community Center today at noon, while the candidate’s forum was going on. I was expecting the scene to be a little more hectic that it actually turned out to be. The parking lot was full, which can be common anytime there’s an event going on there. But there was no traffic backed up, no throngs of people standing around outside. It really wasn’t much different from any other day.

Except for the satellite trucks, 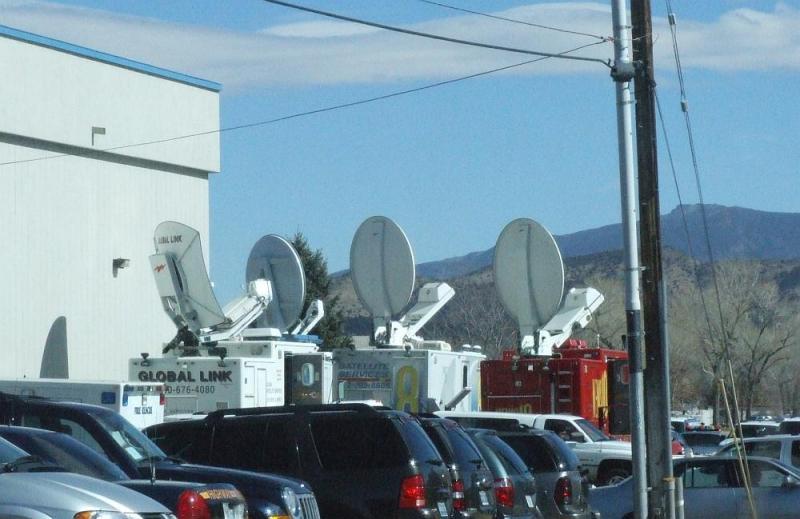 and the police that were out in force, surrounding the building on all sides. They even had a bomb squad truck prominently parked where there was no way to miss it, just in case any of those protesters got any wacky ideas.

Speaking of the protesters, I think they need to give their big slogan a second look. “Your + Our Grandfathers Called Socialists ‘Pinkos’“. Needlessly wordy, grammatically questionable, and puzzlingly irrelevant. I think their other signs, “Keep Nevada Red” and “Leftist Loons Go Home” were a bit more to the point.

Douglas County to Preview New Lifestyle Center on May 8th