Here’s a pretty dramatic teardown and rebuild that happened in west Carson. This old house used to sit on the corner of Eighth and Nevada Streets, and it had been abandoned for years. The chimney was crumbling, the windows were smashed, the doors were gone. There were probably untold number of structural problems with the place. And then one day a For Sale sign popped up on the front lawn. Obviously they were just selling it for the land. And indeed, the house was torn down soon after. 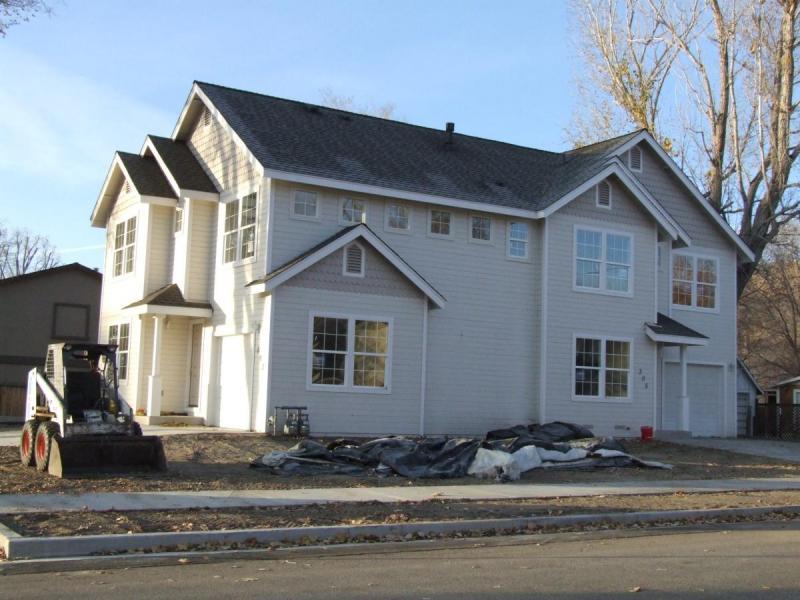 Now this two-story duplex sits on the site. There aren’t a lot of empty lots still left on the West Side, so it probably didn’t take a developer long to decide this would be a prime spot to build. The choice to go with a duplex probably makes sense, since there are several other multi-family units in the neighborhood. And it’s just funny to see such a dramatic change from the old to the new, in just a short couple of years.