The Minden Roundabout is getting rounder! I popped by to check out construction today and found a lot of work going on. The lanes approaching the intersection have new curbs and islands to funnel you into position, and then once you get to the roundabout there’s an actual round thing in the middle. We have acheived roundness.

Of course they have to back traffic up for blocks at rush hour, because a half-finished roundabout is a pretty dangerous thing to send people into unaided. Hell, even a full roundabout is mostly just a free-for-all, with everyone just kind of diving in and hoping they don’t hit someone. Add these weird angles, unfinished curbs and unmarked travel lanes into the mix, and you’re begging for a crash. Which would kind of disprove the NDOT assertion that roundabouts are safer than signals. So you’ve got to let people through one at a time so they have fewer targets to run into. 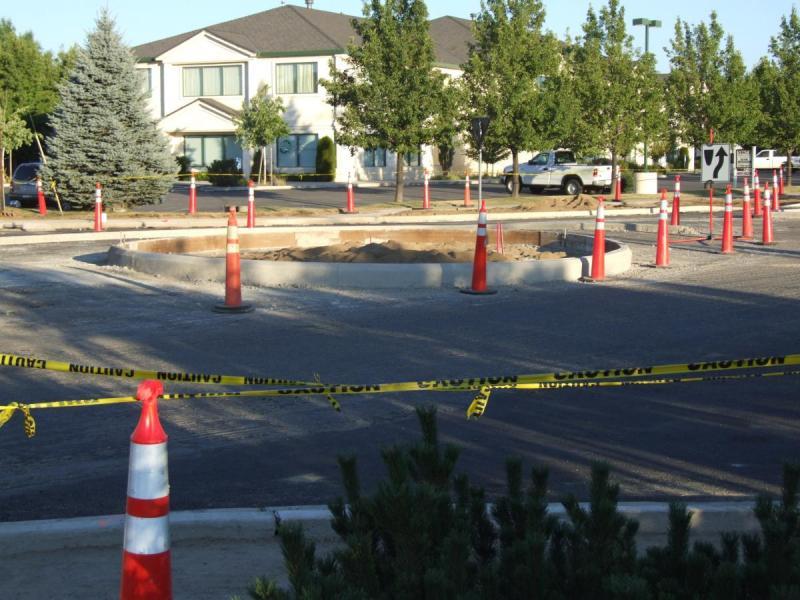 Roundness has been acheived. 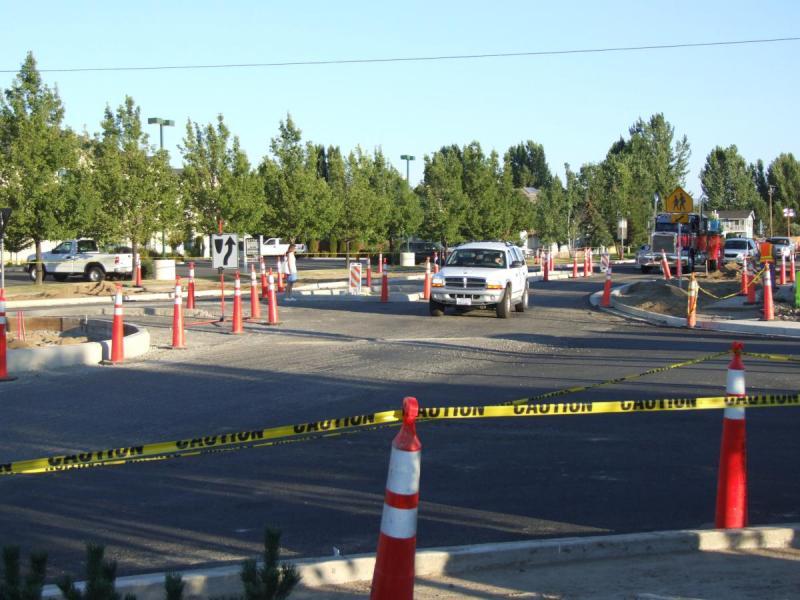 Waiting for a gap.

Can we really dare to imagine it will be done on time? Only about four more weeks until school starts!