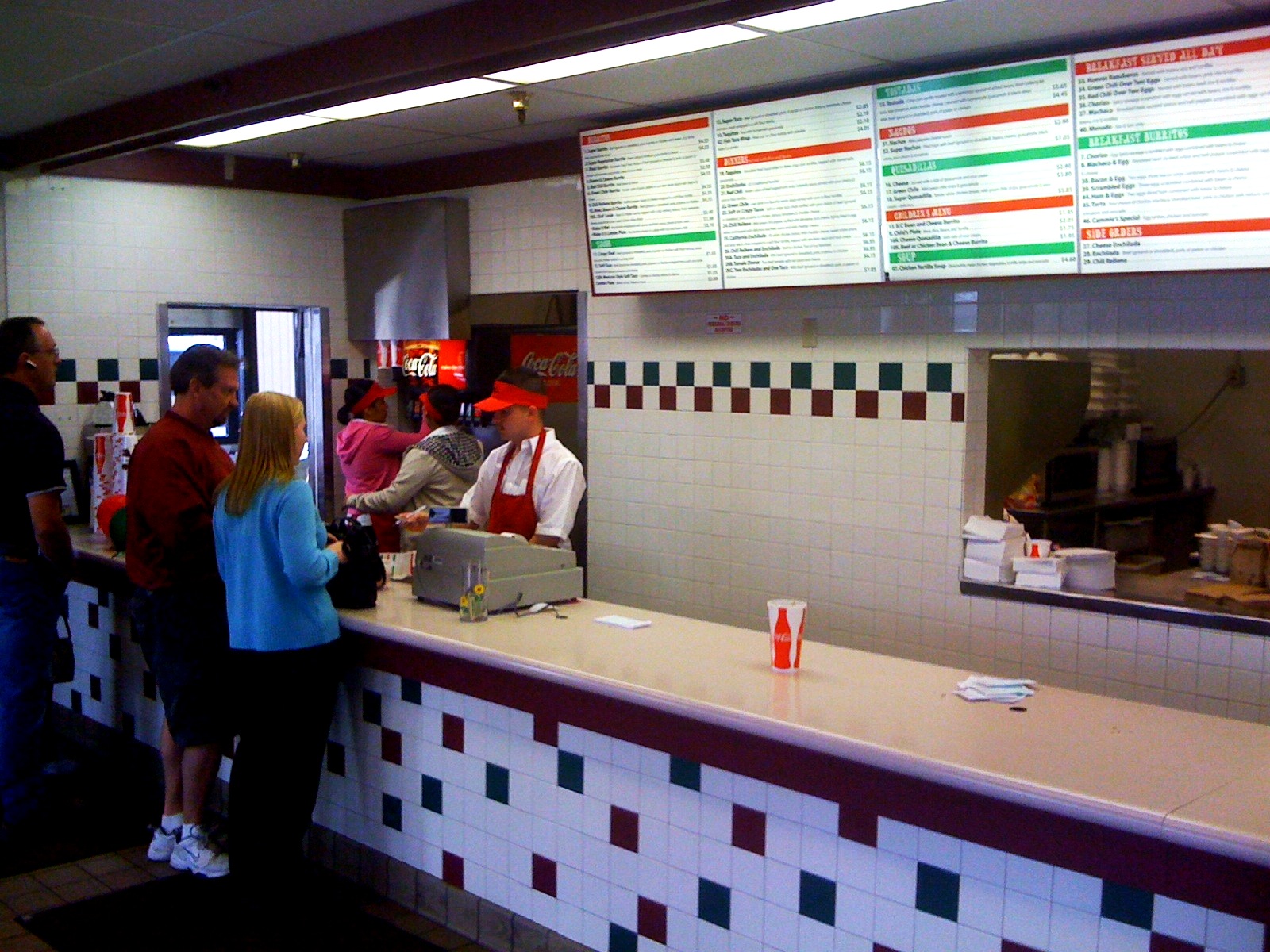 I went to Super Burrito for lunch today and got, fittingly enough, a Super Burrito. I can see why so many people have said they like this place, because the burrito was really good. It was nice and tasty without having that artificial processed taste you can get at Taco Bell or even Qdoba. The standard burrito comes with meat, rice, refried beans, and guacamole. And there are plenty of other options too, all-meat burrito, vegetarian burritos, tacos, tostadas, taquitos, and even a breakfast menu. I think I’ll definitely be going back there.

You can tell, though, that they didn’t expend too much energy remodeling the building. In fact it’s fair to say they did the least amount of work possible. There are still hooks in the wall where the Burger King owners took down pictures when they moved out. But you don’t go there for the decor, and the cost of remodeling would probably just raise the price of the food anyway. And it’s not keeping people away. The place was pretty busy, with the drive-thru line backed up to the speaker and beyond, and a constant stream of people coming in the door. So let’s hope Super Burrito sticks around for a while. I think it has a good shot.