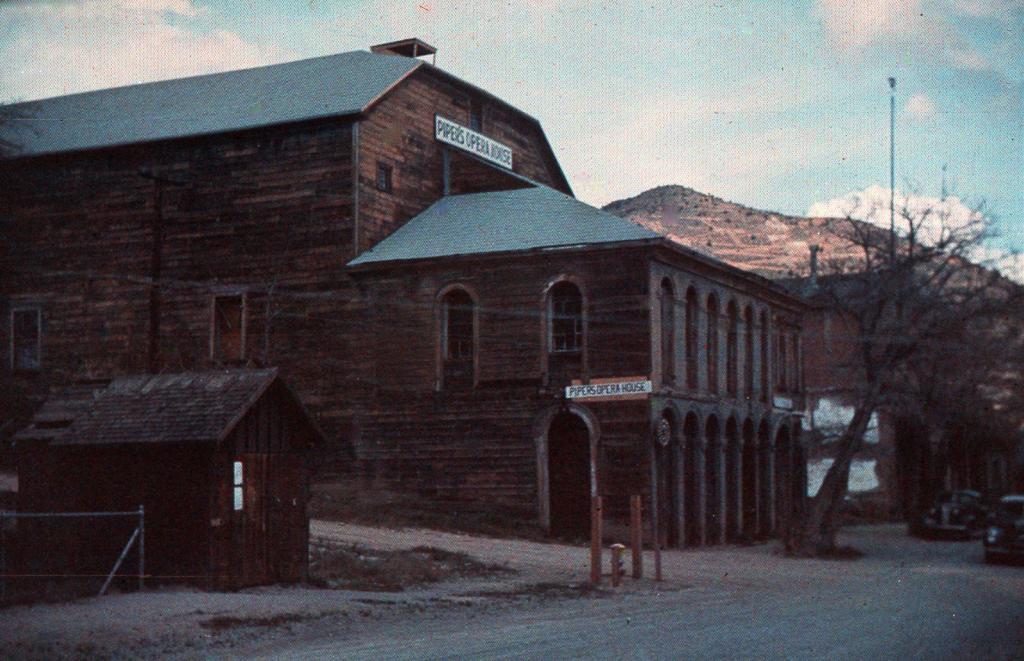 Max Farrar has sent in three photos of Virginia City, taken in 1941. These are remarkable, in that I think they’re the earliest color images I’ve seen of Virginia City. Color film was expensive and temperamental back then, and especially tough for amateurs to use. 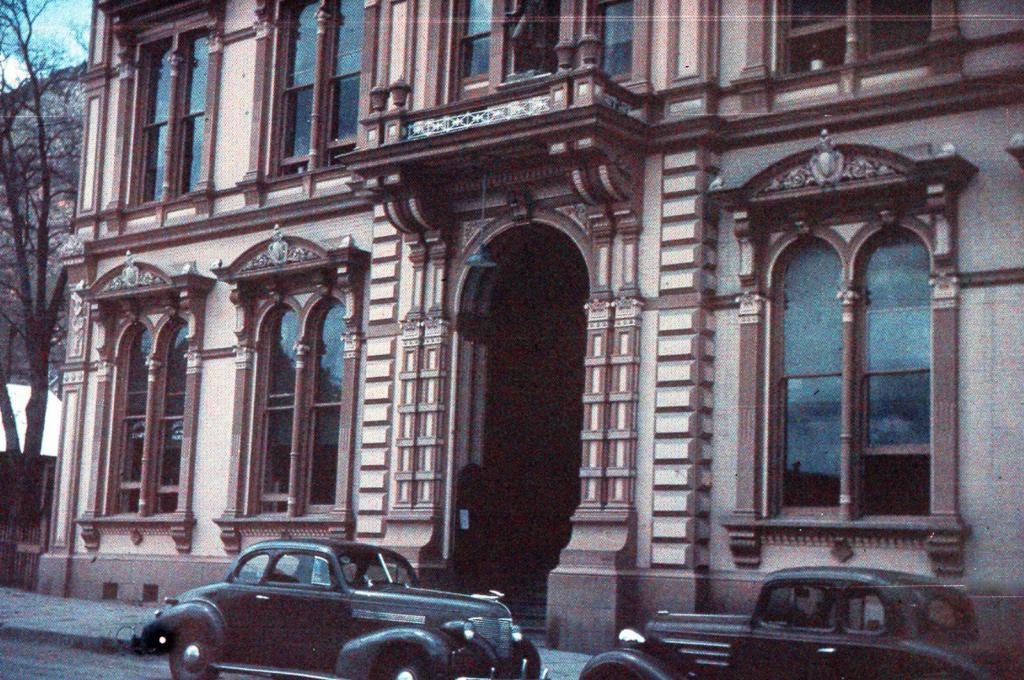 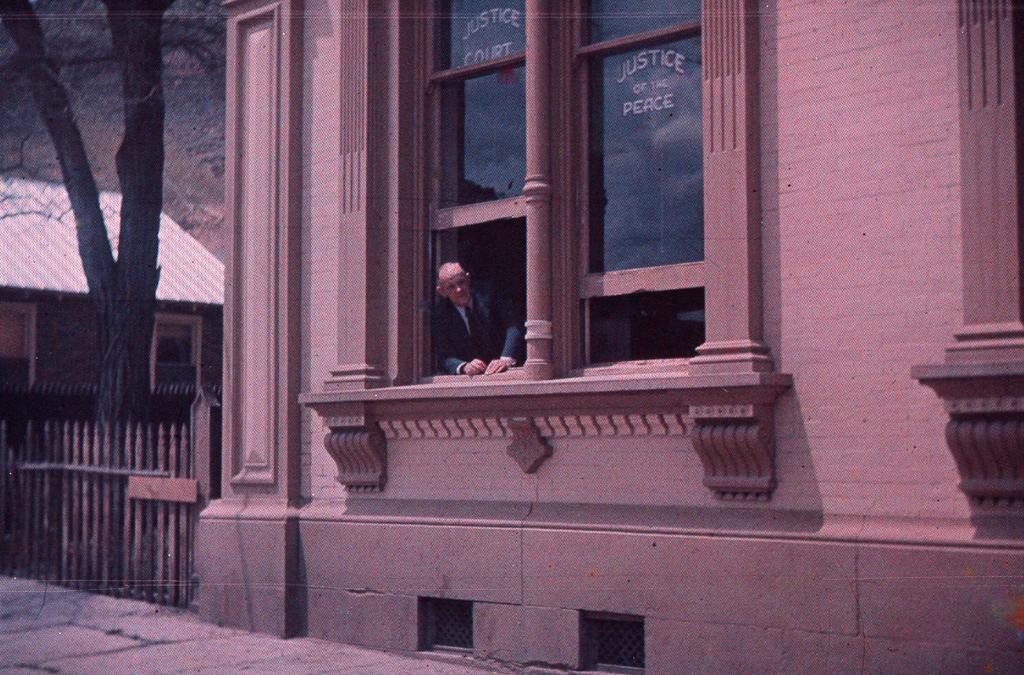 I’ll let Max tell the story behind the photos.

These three Dufaycolor images were scanned from 35mm film at 800 dpi and 24 bit color. They were taken by my father James R. Farrar, in the Autumn of 1941 I believe. They were adjacent to each other on a roll of Dufaycolor film. I believe he took them on a visit to Virginia City when he and one of his wives previous to my mother drove up from San Francisco to get married.

The picture of Piper’s Opera House was probably a spur of the moment snapshot, but is the only thing that allowed me to identify the location. I scanned the roll of film earlier this year. I had no documentation for it. (My father passed away in 1982.) The pictures could have been taken anywhere. When I zoomed in on the picture I said to myself: “Where in the hell is Piper’s Opera House?” Well, I googled it and within a few moments I had the answer because there’s only one Piper’s Opera House. And the courthouse with the smiling Justice of the Peace is just down the street!! (My father’s brown 1939 Chevy is parked, facing the wrong way, in front of the courthouse. He got the car back after he returned from Guadalcanal and it was our family car after the War when he got married to my mother.)

Dufaycolor was not the most wonderful film medium. You can google it for the full story. The images on the original 35mm film look just fine but the grainyness is really noticeable as soon as you begin enlarging them. If you projected them on a wall you’d probably be very unhappy with the result. The grainyness is due to the three sets of intersecting micro-lines impressed into the emulsion surface and which carry the Red Blue and Green dyes. My father experimented with a lot of different photographic techniques during the 1930’s. In Google Earth you can see some of his night color shots of the 1939 SF World’s Fair on Treasure Island. It is little wonder that other color film processes took over from Dufaycolor.

I am planning on driving up through Virginia City next year to find out the exact date of these pictures. (Ironically I stopped in VC a couple years ago to pay my respects at the Red Dog Saloon because of the gigs the Charlatans did there in the summer of ’65.) I’m going to check the Storey County records for the date of my father’s marriage. I would like to find out the woman’s name too.