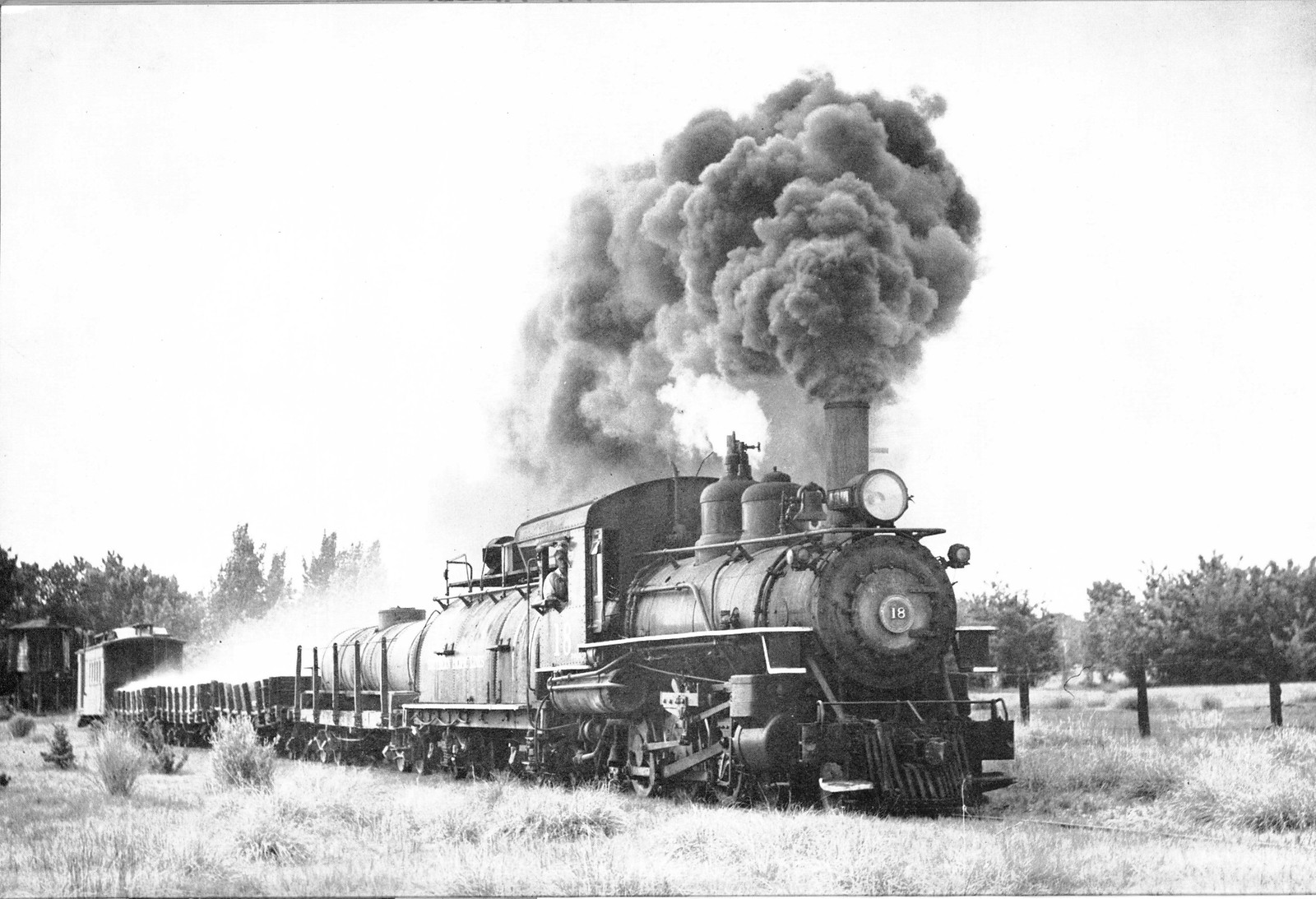 Dennis Cassinelli at Chronicles of the Comstock has a story about the Carson and Colorado Railroad, that used to run from Mound House down to Bishop, CA.

Unlike the standard-gauge V&T, the Carson and Colorado was a narrow-gauge line. All the engines and rolling stock of the C&C were much lighter and smaller than the V&T equipment. The railroad men assigned to work on the new line were not accustomed to working with the smaller equipment, so they nicknamed the new train the “Slim Princess” ? and the name stuck. The operation of the Slim Princess line was a casual affair at best and certainly was no model of how to run a railroad.

In order to cross over Indian land around the east side of Walker Lake, the owners made an agreement with the Indians that they could ride the trains for free anytime they wanted ? not in the passenger cars, but atop the freight cars. On most trips, it was common to see eight or 10 Indians riding atop the boxcars as the train chugged its way across the desert. The Slim Princess was notorious for making unscheduled stops along the way for one reason or another. If a passenger’s hat would blow off, the engineer would stop the train and back up so the passenger could retrieve it.