As an addendum to the piece I wrote about the unhappy homeowner in Minden the other day, I took a drive through the La Costa development to see it firsthand. 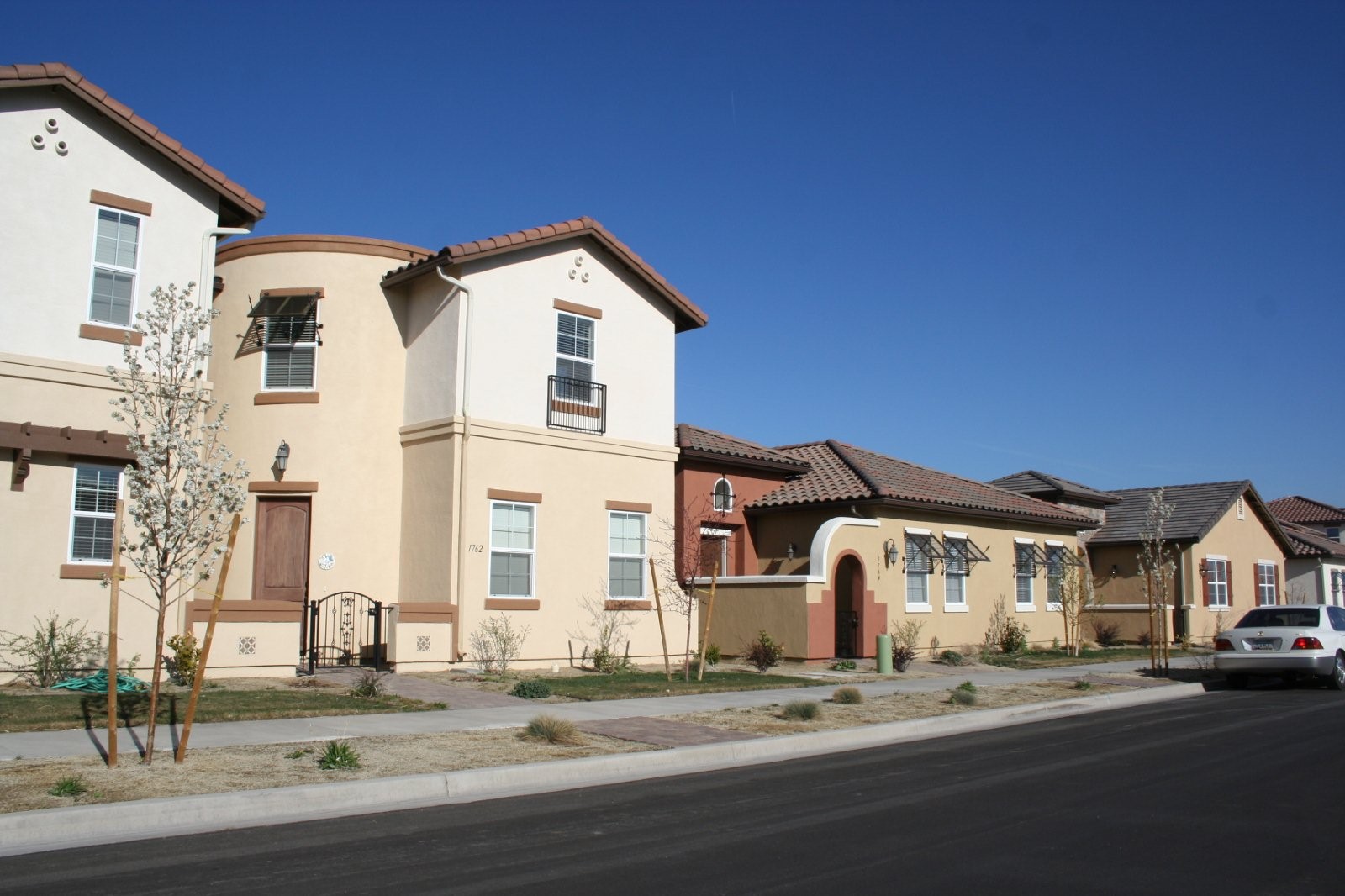 A typical street in La Costa. The look is inspired by Tuscan villages.

One thing you notice driving around La Costa is how many empty lots there still are. I’d say probably only 30-40 percent of the lots have been built on, if even that. The neighborhood opened in 2006 with a projection of 138 total homes to be built. I didn’t do a hard count, but I’d say maybe 50 have been built, leaving a lot of open space. This is probably because of the housing slump that has hit recently. And tellingly, I didn’t see any new units under construction. 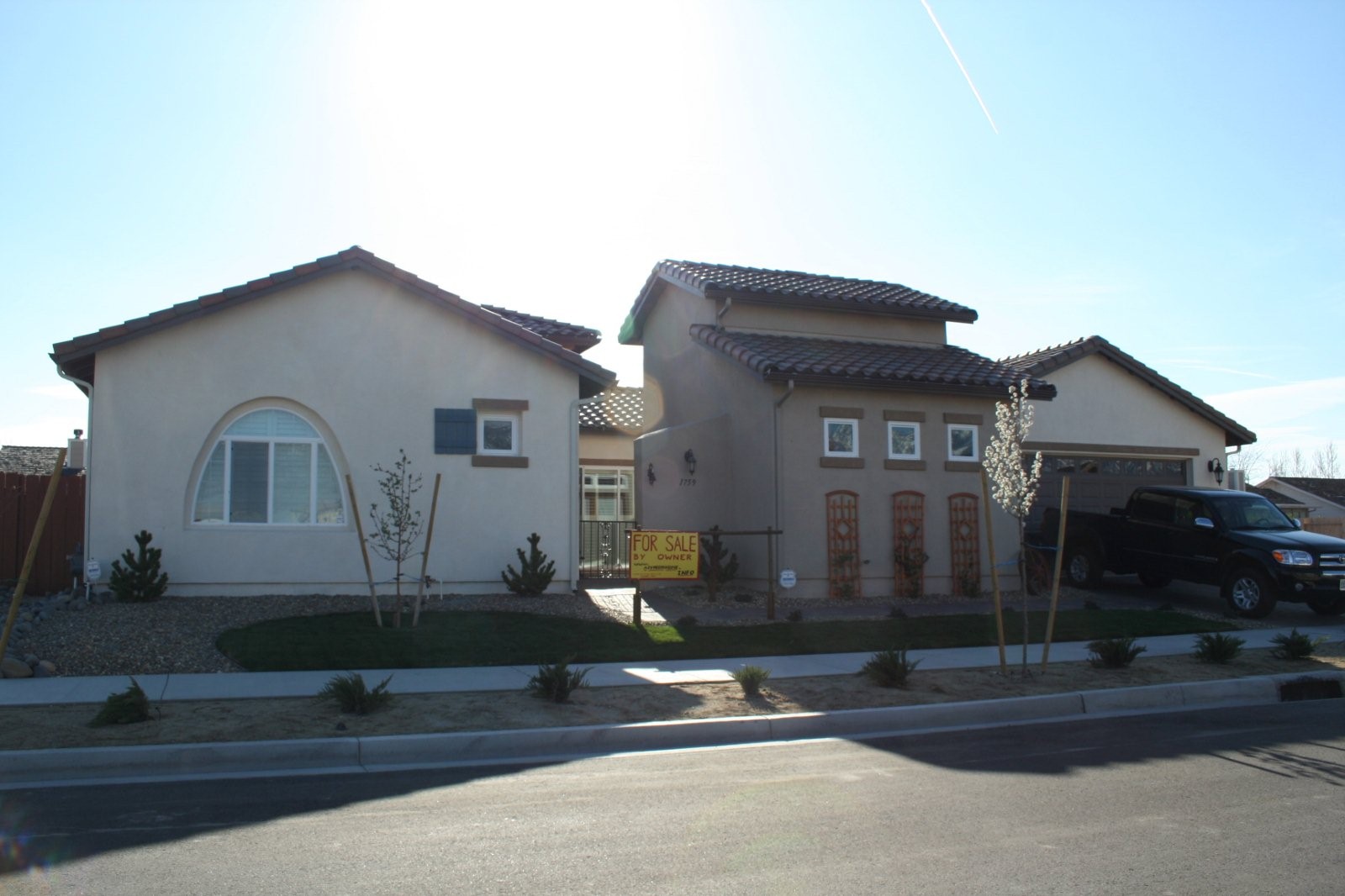 The house in question.

The disgruntled homeowner makes no attempts to keep his displeasure a secret. His house has a bright yellow For Sale sign out front, with his website prominently displayed. Around the corner he has parked an SUV, also sporting a bright yellow sign touting the construction defects and pointing people to his website. 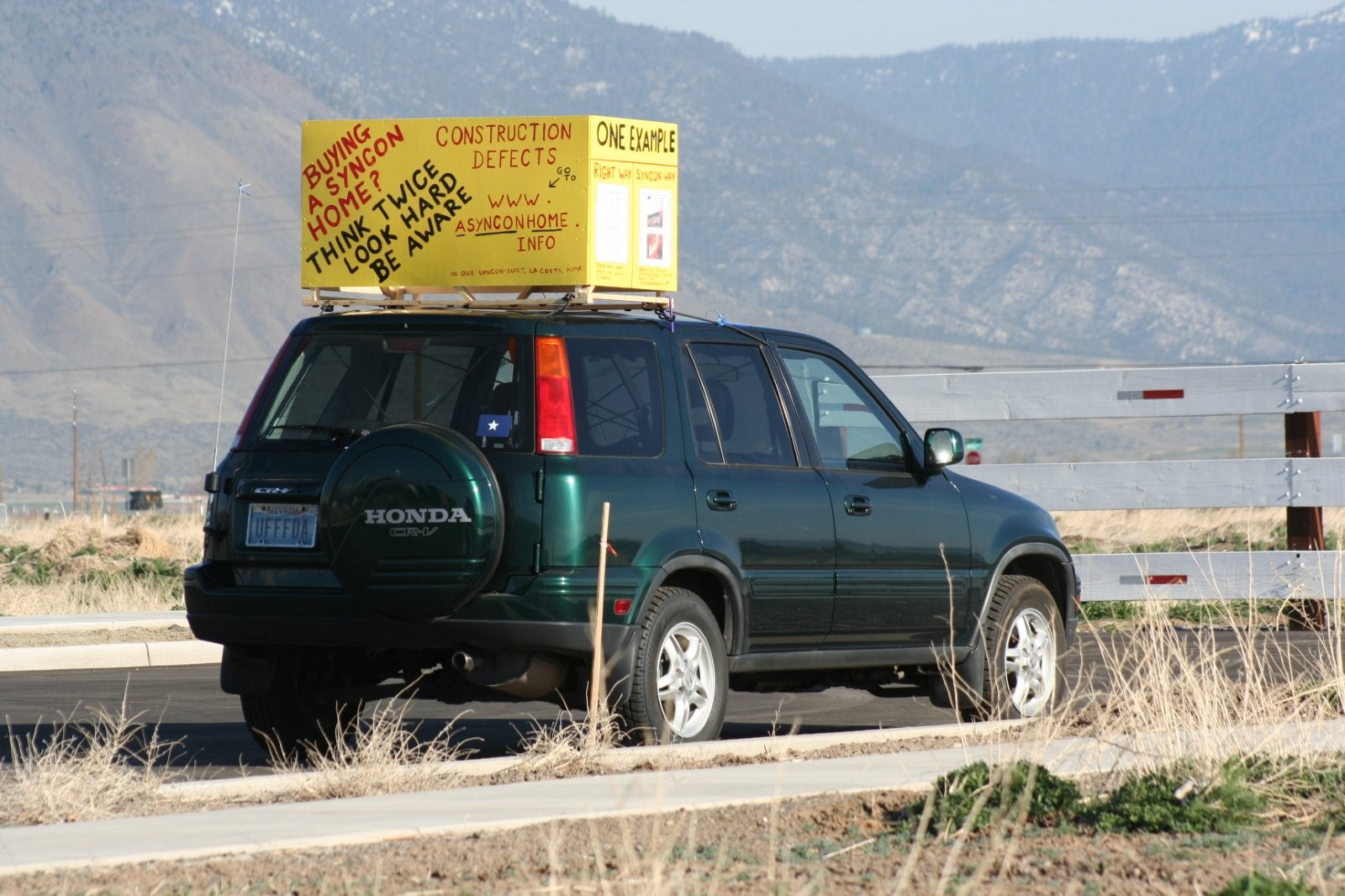 He’s serious about getting the word out, and he’s serious about warning others. Syncon can’t be too happy about this, but as long as everything he’s saying is true, there’s not a lot they can do about it. Ryan Jerz makes the same point.