Update to the Wal*Mart story from a couple of days ago. They’re currently remodeling the building to house Burlington Coat Factory and Sportsman’s Warehouse. I swung by to get pictures of the remodeling. 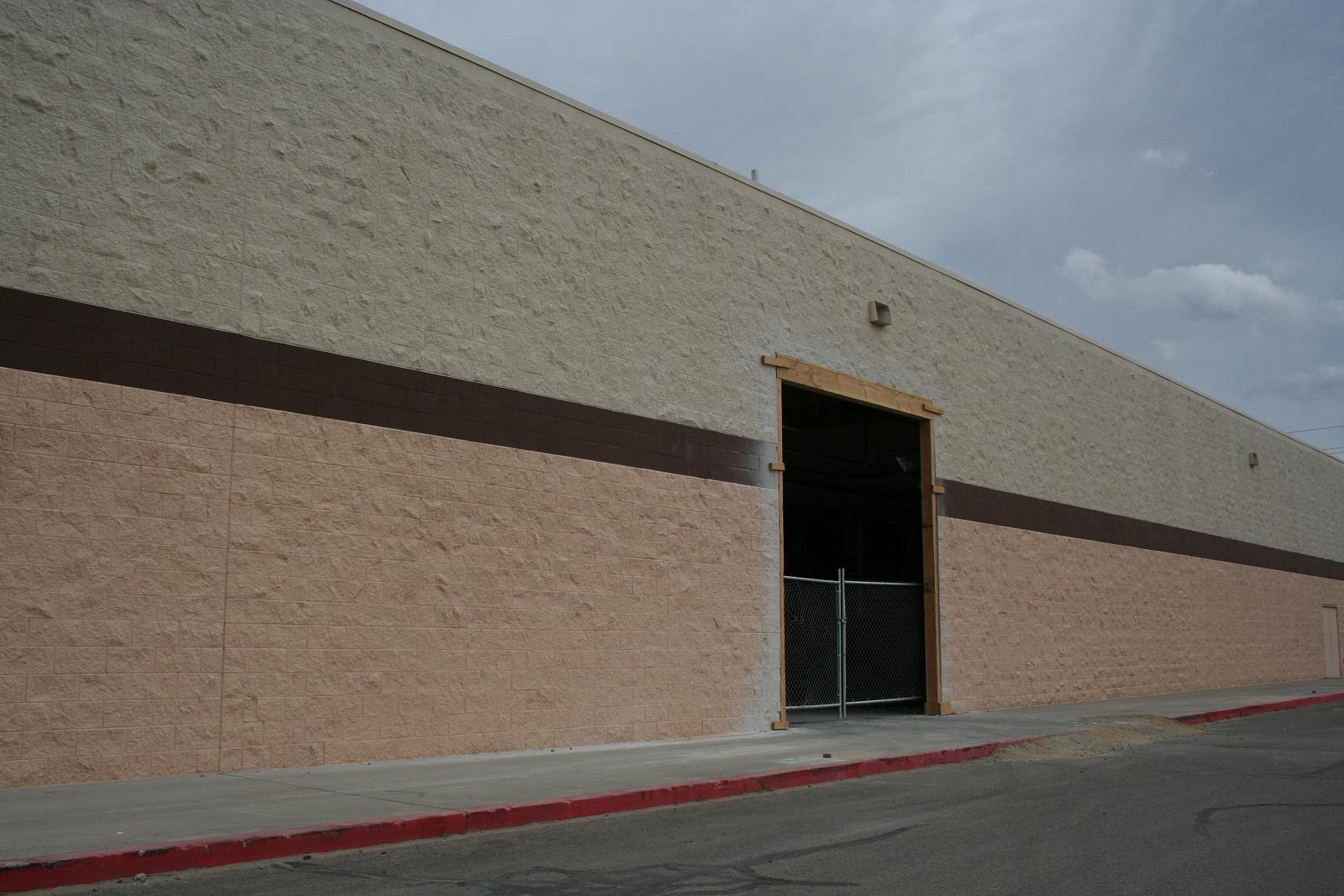 I had been noticing for the last couple of weeks that there were some work trucks clustered around the building, specifically around this gaping hole in the wall. I never stopped to take pictures; slacking off on the job, I know. And from glancing at it when I drove by, I thought this was maybe an access door that was already there. But when you see it up close, you can see that no, it’s a new door that they carved out of the wall. Big honking door, too.

So what’s inside the door? Armageddon. 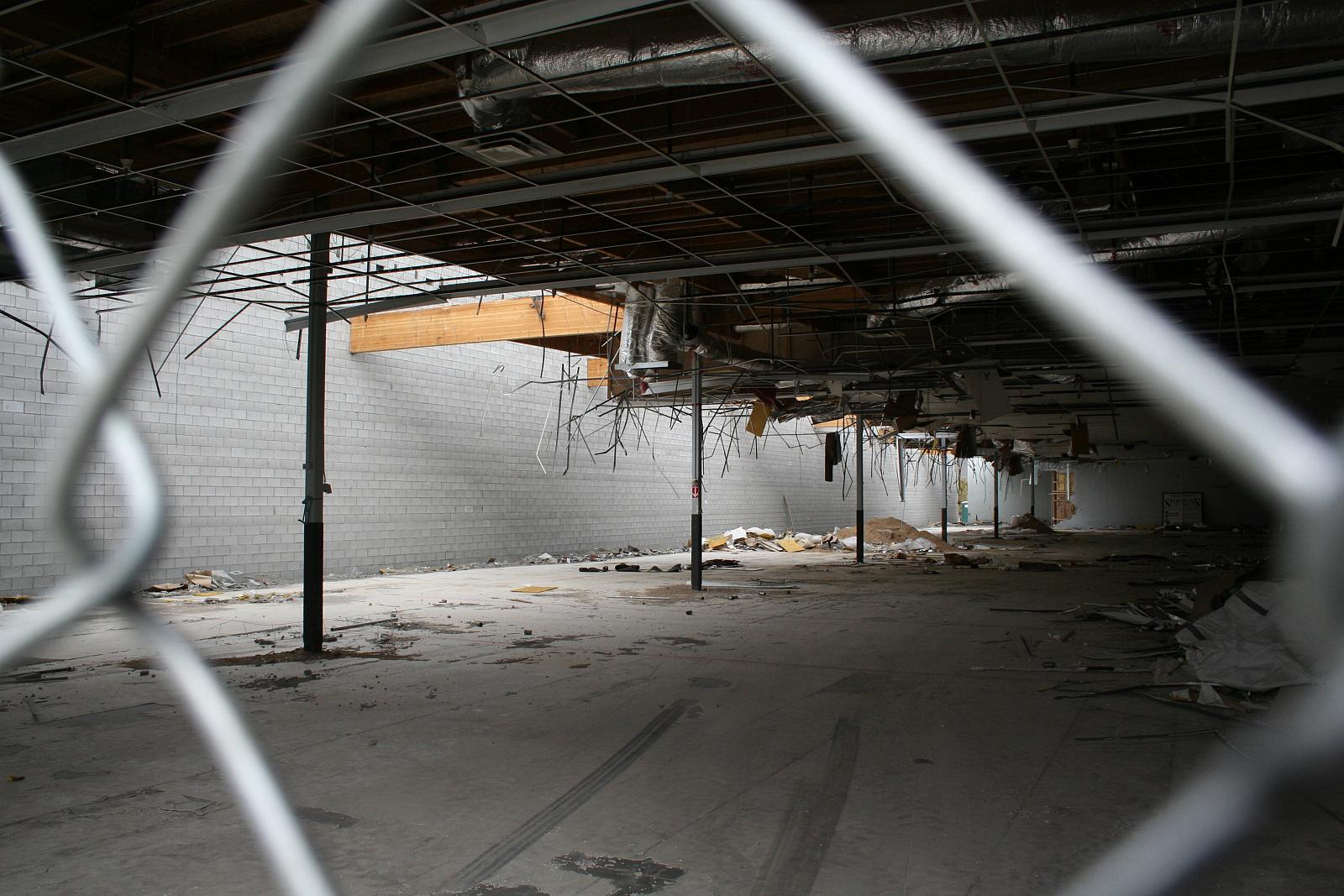 It looks like a giant block wall came crashing, fully-formed, through the ceiling. The same space aliens that built the pyramids are remodeling Wal*Marts now. Or the more mundane explanation is that this is the new dividing wall between the two stores, splitting the building in half. They didn’t want this to be just some quick cheap subdividing job, though. They were pretty thorough here, building the new wall all the way up to, and through, the roof, with new roof joists and everything. It’s a lot of work, but when you want to do it right you want to do it right. 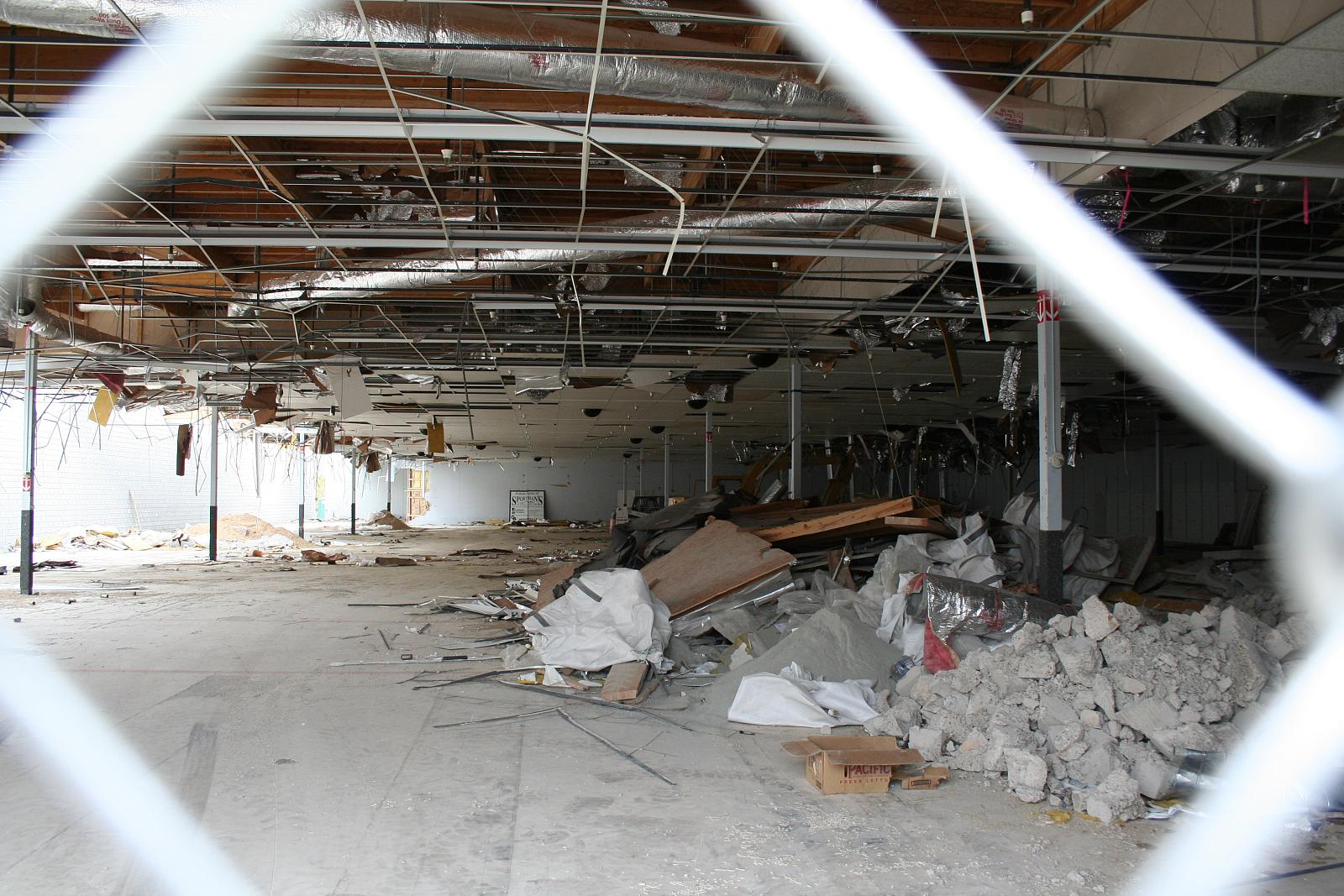 Rubble, trash, and various detritus is piled up on the other side of the room. It’s hard to believe this is the same Wal*Mart we used to shop at. I think we’re looking at the hardware and housewares department here. The work on the Burlington Coat Factory was supposed to be finished in March, but they just are starting now. The coat factory should be done by August; Sportsman’s Warehouse in about a year.