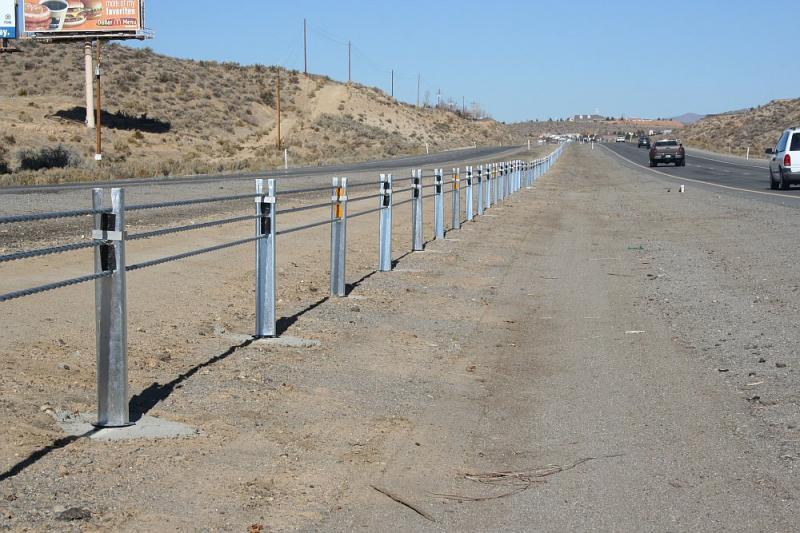 Letter to the Editor, Record-Courier:

As the cable barrier between the north and southbound lanes of Highway 395 inches ever so close to completion, I can’t help but reflect on my letter to the editor shortly after the loss of Nicole Snyder. Her tragic death due to a crossover accident only a few miles from home, triggered something in my soul, as I felt her parent’s pain. This was the second crossover accident that caused loss of life on this dangerous stretch of highway, made even more dangerous by the Nevada Department of Transportation’s lack of concern for a problem so simple to fix, or so it seemed to me.

My letter to the editor of this paper, as well as e-mails to the state directly, appeared to go unanswered. But then I started to see some changes. Slow to come, but changes none the less. It took another loss of life at the intersection of Highway 395 and Stephanie, this time due to the combination of a lack of a traffic light and impatience. The state responded to the cries of those close to the victim, and a light was finally placed at this dangerous intersection. Shortly thereafter, comparatively at least, work began on the median cable barrier.

At this writing, the barrier work has reached the location of Nicole Snyder’s accident. I think of her often as I pass this location, noticing the makeshift memorial placed by friends and family who refuse to forget her. Although I didn’t know her, I can’t help but feel that I did. She was one of our own … one of my own. So, I call on this county’s decision makers once again. Help her friends and family remember her officially by placing a sign in the median along side the section of the barrier that would have saved her life. Might I suggest “The Nicole Snyder Memorial Barrier”?

Thank you, Nicole. Rest in peace.

Why not, we already have A Light For Bridget.