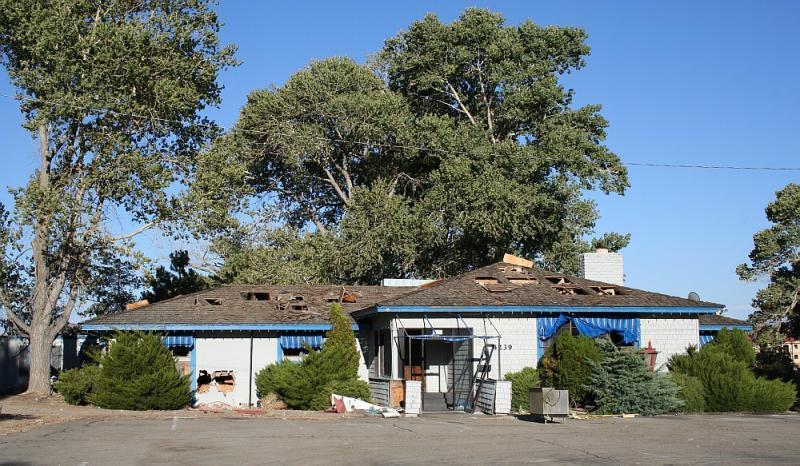 Since I’m spending a lot of time up by the hospital in north Carson, I was able to notice this today. The closed Water Wheel restaurant along Hwy 395 (formerly Stanley’s) has been undergoing “Fire Department Training”. Now fire department training is exciting stuff, because it normally involves smashing windows and cutting holes in the ceiling as the trainees learn how to save people from a burning building and the different ways to attack a fire. And this does seem to be what they’re doing, as you can see from the picture. The building is all smashed in, with dozens of holes cut in the roof and even a few in the walls.

What’s even more exciting is that the final step in this training usually involves lighting the place on fire and letting it burn to the ground as the firefighters practice putting out the flames. So that’s probably what’s in store for the Water Wheel. I’ll keep my eyes peeled over the next few days and see if I can catch them in the act. 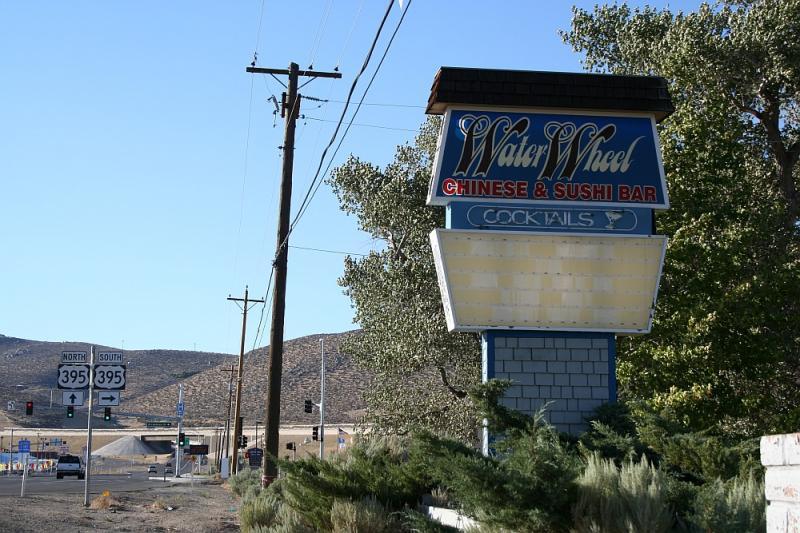