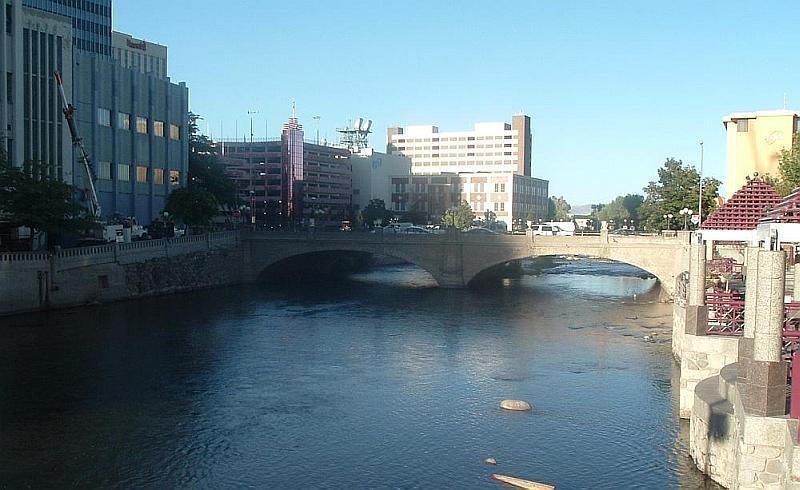 The Reno City Council has decided (hat tip to Downtown Makeover) that the Virginia Street Bridge, in downtown Reno, should be demolished and rebuilt rather than retrofitted. The bridge dates back to 1905, but its chunky arches cause a lot of problems during flooding and high water. Dead trees and logs that are floating from upriver can’t make it past the bridge, so they get stuck there. Which causes other debris to get stuck, which creates a dam that only makes the flooding worse. Not to mention weakening the bridge further. Mr. Jerz has video of this. They could have made changes to the bridge to make it more flood-friendly, but the cost on that was enormously high, so they decided to tear it down instead.

As a preservationist I should be outraged. Others are. But I’m not. It’s a nice bridge, but it isn’t fantastically great or anything necessarily special. There’s supposedly historic ties to Nevada’s divorce trade, but a lot of that could just be myth and Hollywood creating something that’s not there. It’s even listed on Preserve Nevada’s Eleven Most Endangered Historic Places list. When you boil it down, it’s just a bridge, and I don’t get easily worked up about bridges, so I don’t mind if it gets torn down. Let’s save our energy for the buildings that need preserving.

And let’s hope the replacement bridge is something memorable and worth being proud of. Best case scenario? The new bridge makes us forget all about the old bridge.