Yesterday afternoon a brush fire broke out in the hills south of Gardnerville, sending up a plume of smoke that could be seen from the entire Carson Valley and even parts of Carson City. 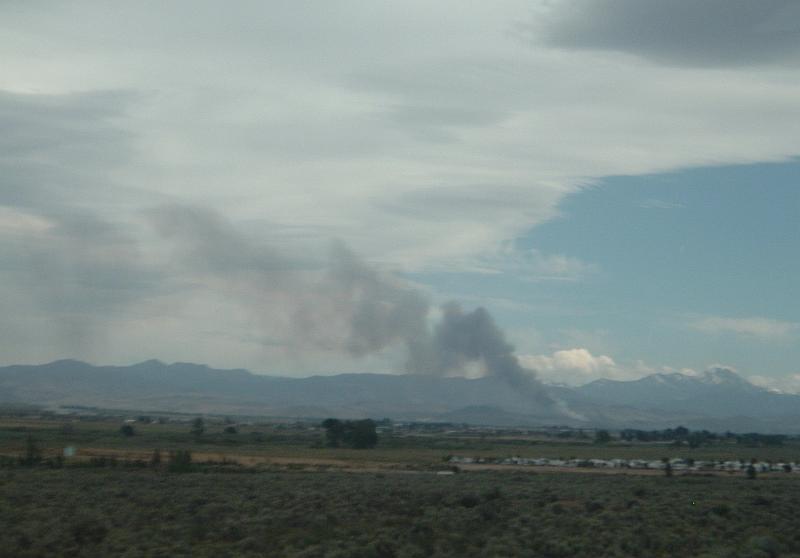 Called the “Mud Lake Fire”, it was centered a few miles northeast of Woodfords, on the other side of the California state line. Thanks to a quick response from firefighters all over the area, there is no plume of smoke this morning, meaning it’s been put out, or nearly so.

The cause hasn’t been determined yet, but this just serves as another reminder that we’ve got another hot, dry summer on our hands, and that fire and the outdoors generally don’t mix well this time of year. So if you’re going to go around shooting fireballs, keep it indoors!