The crew at the Nevada State Railroad Museum has taken on an ambitious project – to rebuild the turntable at the museum in just a few weeks. The turntable sits right outside their main buildings, and without it in operation none of their locomotives and other equipment can get out onto the main track. It needed to be rebuilt, though, since I believe it was still the original turntable from when the museum opened about 30 years ago, and in this harsh Nevada climate things that are made of wood don’t last long. Especially when you’re expecting it to hold a 40-ton locomotive.

There is an extra urgency to this project, since they have a pretty firm deadline of May 9th to get the new turntable operational. That’s the day the McKeen Motor Car makes its public debut, with a big ceremony and public rides around the museum’s track. The problem is, the McKeen right now is on the other side of the turntable, so if it’s not ready by then the big day will be kind of a dud. Says Wendell Huffman of the museum, “After 25+ years in the Nevada weather, the old table was so warped and broken that it barely functioned. Everything now depends upon the completion of the new table by the 9th. We believe we’ll make it, but are enjoying the suspense nevertheless.” 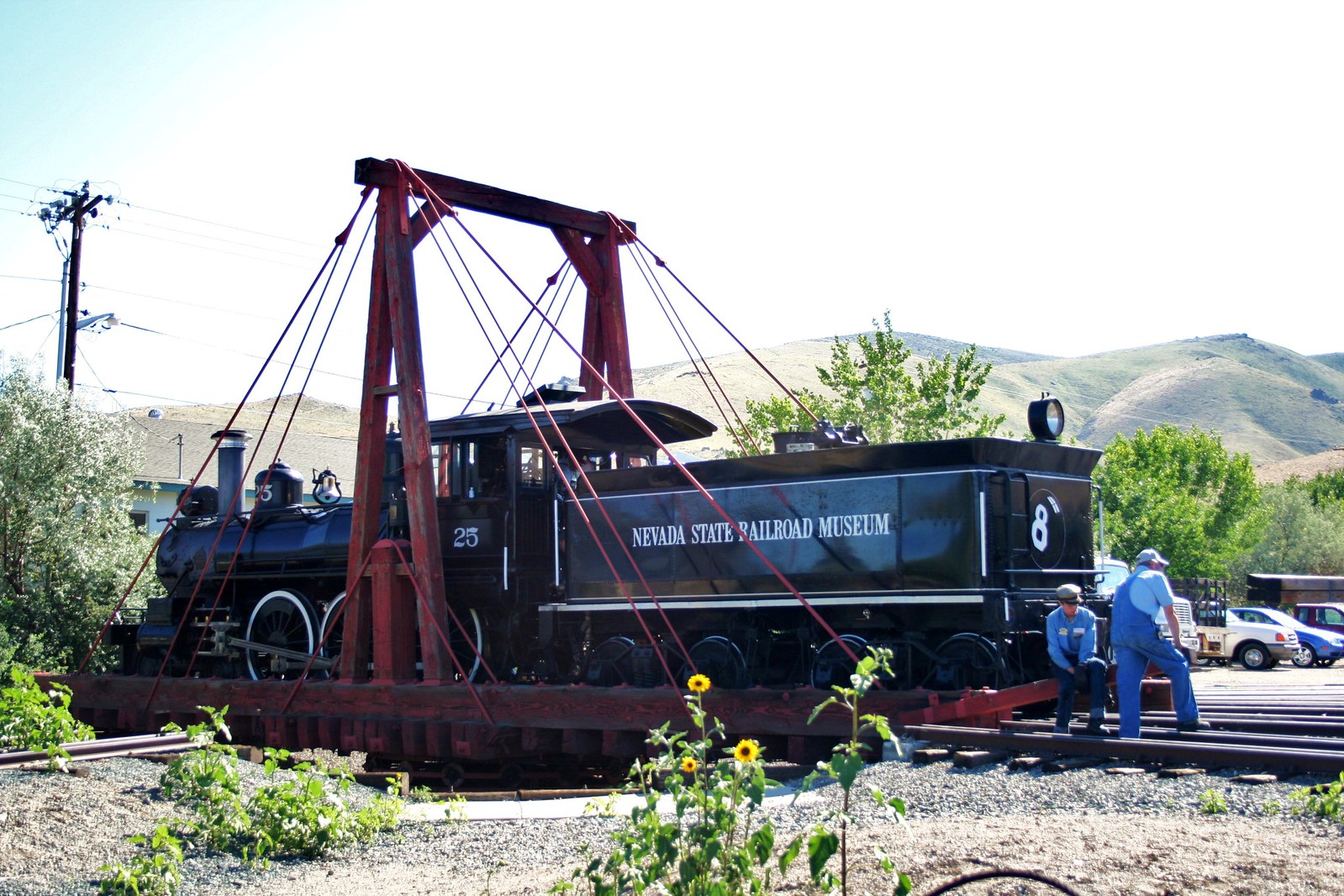 The old turntable in action